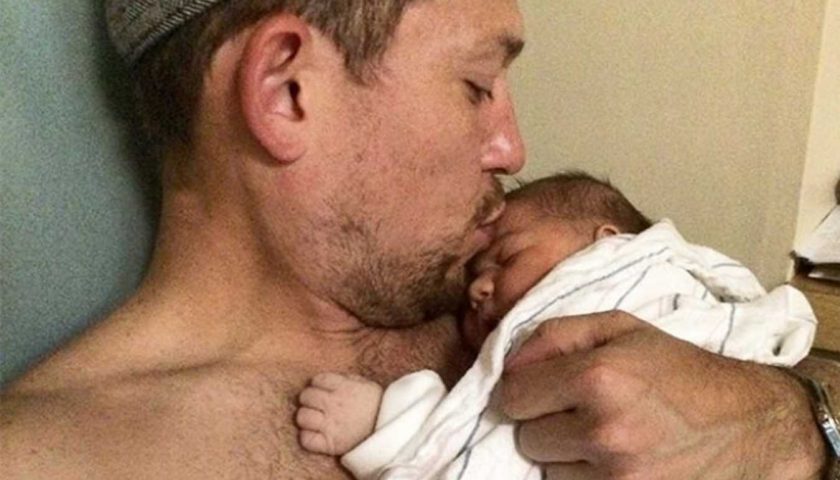 Miguel and Kelly Cervantes are honoring their late daughter on her birthday, just days following her death.

“Four years ago today you came barreling into this world. Five days ago you left it. We love you so much, Adelaideybug. I hope you’re eating alllll the cake. Happy birthday,” Kelly, 37, wrote on Instagram Thursday morning alongside a photo of her husband kissing their daughter shortly after she was born.

The Hamilton star, 42, also posted a tribute on Instagram, sharing an image of a then-newborn Adelaide that looked to have been taken on the day of her birth. “Happy birthday to our baby sister. We will celebrate you today and every day,” he wrote.

In a statement to PEOPLE on Sunday, the couple confirmed their child died after entering hospice care last week. “The Cervantes family is heartbroken to announce that their baby girl Adelaide Grace passed away early Saturday morning,” they said.

“She was held in the loving arms of her family as she peacefully achieves the ‘calm’ for which they’ve been searching for so long,” they added. “They would like to extend their deepest, heartfelt gratitude to all who have reached out with words of support and prayer and will continue to feel all the love as they go through this difficult time.”

Adelaide spent nearly her entire life battling seizures no one can still quite explain. Her story has been documented over the years on her mother’s popular blog Inchstones and through her work with the Citizens United for Research in Epilepsy (CURE), which raises funds for research into a cure for the devastating illness.

A day before Adelaide’s birthday, Kelly thanked her loved ones for the outpouring of support.

“Together forever, like bacon and eggs … and donuts 💔💜,” she wrote along with a photo of Adelaide holding her 7-year-old big brother Jackson‘s hand with their mom.

“Thank you to everyone for the love, support and condolences. I’m getting to all the messages in time but still struggling to speak about it all and Ive decided that’s ok. Also, had to hit pause on reading comments cuz bullies suck. Though the love far overpowers,” Kelly concluded.

Cervantes will briefly take a break from his leading role in the Chicago production of Hamilton. However, he plans to return to the stage soon.

The pair also announced their daughter’s celebration of life ceremony to be held this upcoming Sunday, at Harold Washington Chicago Public Library.