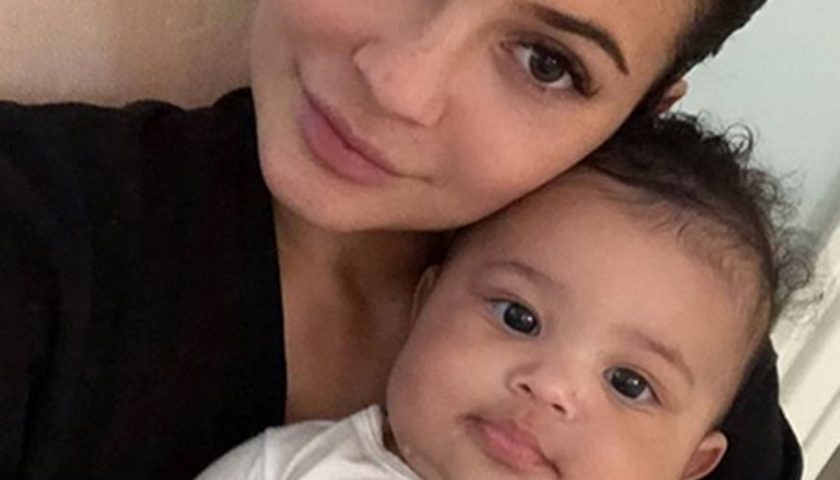 Stormi is on the mend after an allergic reaction sent her to the hospital, much to her mom Kylie Jenner‘s dismay.

The 21-year-old Keeping Up with the Kardashians star revealed on her Instagram Story Sunday that her daughter, 16 months, “spent the day in the hospital” after “an allergic reaction,” but that her baby girl was “100% okay now.”

A source tells PEOPLE that the incident seemed to be “a food-related reaction,” adding that the mother of one was “very scared, of course” for her daughter’s health, “but Stormi is fine.”

“Kylie was told to watch Stormi closely,” the insider further divulges. “She is taking Stormi to her pediatrician for a follow-up.”

Jenner shared what had transpired on Sunday alongside a sweet photograph of a sleeping Stormi, revealing that they were now home after the incident.

“Nothing else matters when these things happen. God bless all the moms with sick babies,” she continued. “I’m sending so much love and positive energy your way.”

Earlier on her Story, the Kylie Skin mogul posted a video of the sun setting, writing on top of the clip, “Blessed beyond words. Thank you God. I believe in being a reflection of what you’d like to receive. If you want love, give love. If you want success, wish success.”

Since Stormi’s birth on Feb. 1, 2018, her mom and dad Travis Scott haven’t held back from doting on her, bringing her on lavish vacations and throwing a huge blowout bash for her first birthday.

And their baby girl already has an impressively mature palate, too! According to Jenner, Stormi “loves sushi,” as she raved in a vlog shared by her pal Heather Sanders late last month.

“I’ll take her to Nobu … I don’t feed her anything raw, but she just loves edamame. They’ll bring the whole thing of edamame. She will not stop until it’s all gone. She eats all the edamame.”

“She-ll eat a whole bowl of soy-sauce rice,” continued the mother of one.