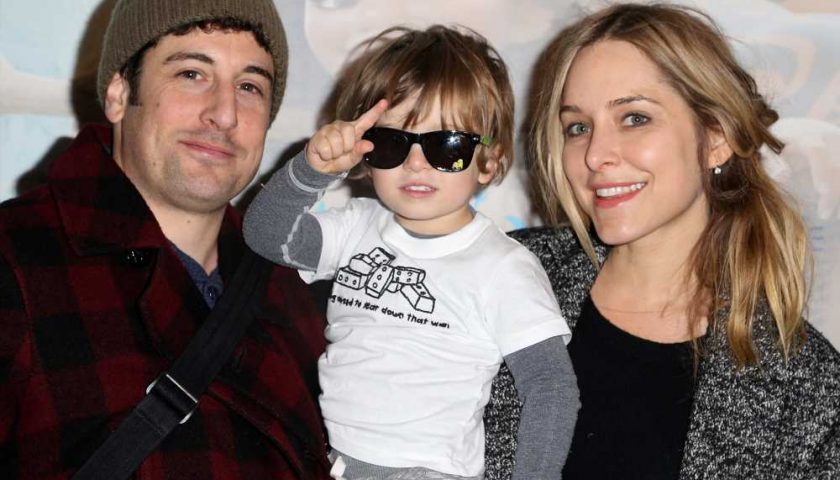 Jason Biggs is hoping that the third time is the charm for a baby girl.

The Orange Is The New Black actor, 41, talked to PEOPLE about his children with actress Jenny Mollen and his hope for a daughter at Tuesday’s Mucinex Wake Up Human Debate in New York City.

“A girl would be amazing,” Biggs told PEOPLE at the event. “We really go back and forth about it, because we did good — we love our two kids and they’re incredible.”

Jason Biggs Hits Back at Comments About His Son’s Diaper: “It Ain’t Full Anymore — Lay Off Me”

Biggs hinted about wanting a daughter in 2018, saying, “As soon as I get my third, my girl, then I’m going to retire.”

And he has gotten his wish — onscreen, anyway. Biggs plays a dad of three with two sons and one daughter in his upcoming 2020 Fox series, Outmatched. But when it comes to his life off set, he admits that he’s ready whenever for the new addition.

“I think Jenny would agree,” Biggs adds. “Jenny did not have great pregnancies, so she’s not keen on [the] idea [of another pregnancy]. If you could just hand us a little baby girl, we’d be like, ‘Awesome!’ “

In the meantime with his sons, it’s all about keeping it light at home — the American Pie star’s special talent is making his kids smile.

“I certainly think that I am good at making them laugh, and same with Jenny,” he says. “When they’re sad or get hurt or aren’t in a happy place, we turn it around quickly. We’re able to sacrifice our body, our integrity, whatever it is — we put it all aside and do whatever it takes to make them laugh. It’s something special that we have. We’re fun parents, if you will.”

Biggs keeps the laughs coming on his Instagram feed, where he parodies his wife’s own account. Mollen, 40, posts photos of the crafty lunches she packs for Sid, but when she’s away, it’s Biggs’ turn to play chef — and he puts his own special twist on it.

For his most recent take on lunch, he jokingly included a handful of diet pills and a can of Coke Zero.

Jenny Mollen Slams “Double Standard” of Extra Praise for Dads: “I Refuse to Say That I Am Lucky”

“For me, the challenge lies in just using what I have around the house, and that’s much easier for me than it would be for Jenny,” he says. “And what’s lying around the house is usually some ridiculous thing that I could always use.”

Constant creativity is a challenge, though. “I’m kind of running out of ideas,” he says.

But with the holidays rapidly approaching, Biggs does have a thought or two.

“If there’s snow, I’ll just put some in there and be like, this is like a slushie,” he says. “But of course, it would be all water by the time he got it. Yellow snow could be funny!”

Being active on social media as a parent poses its own challenges, namely parenting shamers in the comments sections. Biggs tells PEOPLE that while it may have stung the first few times, by now, he and his wife brush the negative words aside.

“The overwhelming majority of comments are very positive and supportive,” the actor says. “So it’s a loud minority that tries to get in there with trolling and stuff.”

“There are still some times where a certain comment will land and you just deal with it. It’s not nice, we’re human, but at the end of the day, we’re trying to be honest and we’re trying to be fun and entertaining and helpful,” he adds. “And enough people have gotten that, so we’ll keep doing it.”