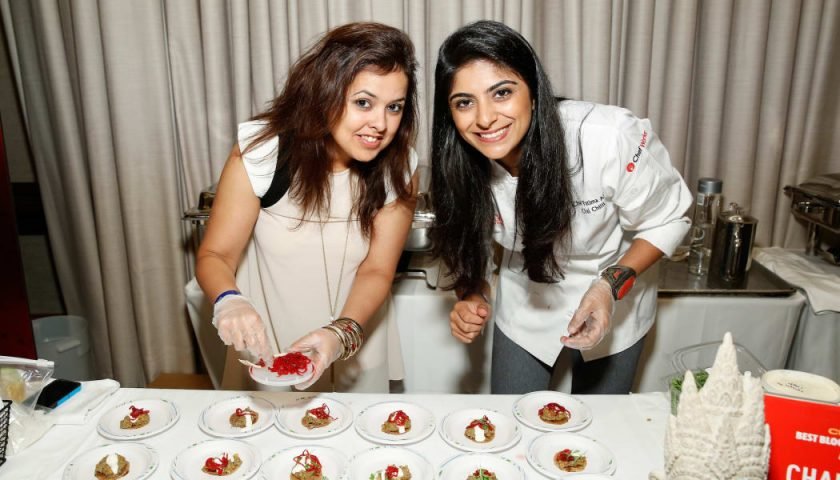 Cancer affects millions of people. According to the National Cancer Institute, an estimated 1,735,350 new cases will be diagnosed each year — in the United States alone. And it appears Top Chef contestant Fatima Ali is one of 1.7 million.

In fact, Ali recently revealed she isn’t just battling cancer, she is facing terminal cancer, and doctors have given her a year to live.

Ali first opened up about her cancer diagnosis in 2017. The chef was treated for Ewing’s sarcoma shortly after filming the Bravo reality series. And while the treatment was initially deemed a success, in September 2018, Ali learned her cancer had returned, and this time, there was nothing doctors could do to help her.

Now the chef wants to talk about what comes next. In a moving, poignant and very personal essay for Bon Appétit, Ali opened up about her diagnosis and what she is doing with the time she has left.

"The cancer cells my doctors believed had vanished are back with a vengeance in my left hip and femur bone," Ali wrote. "My oncologist has told me that I have a year to live, with or without the new chemotherapy regimen. I was looking forward to being 30, flirty, and thriving. Guess I have to step it up on the flirting. I have no time to lose."

Ali also explained that she plans to eat her way through New York and to enjoy the little things in life.

"It’s funny, isn’t it? When we think we have all the time in the world to live, we forget to indulge in the experiences of living. When that choice is yanked away from us, that’s when we scramble to feel. I am desperate to overload my senses in the coming months, making reservations at the world’s best restaurants, reaching out to past lovers and friends, and smothering my family, giving them the time that I so selfishly guarded before."

Of course, it is hard to imagine what Ali is going through, especially if you have not been there or walked alongside someone in the midst of a terminal illness. And while these words seem so inadequate, we wish Ali all the joy, peace and happiness life can possibly bring: today, tomorrow and always.