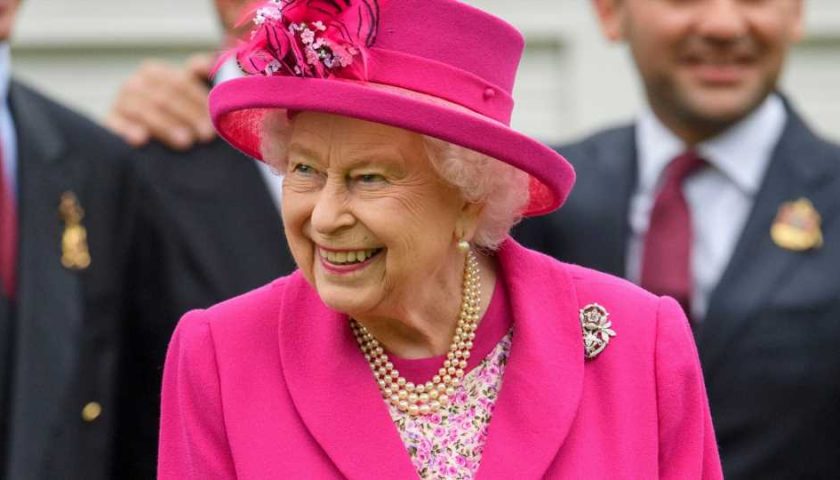 I imagine preparing foods for the royal family at Buckingham Palace to look like something out of the “Be Our Guest” scene from Beauty and the Beast, complete with a platter of grey stuff (it is, after all, delicious), and maybe a side of imported Ratatouille-style tian. Oh, and cooking up the Queen’s fairly boring diet of mostly vegetables, game meat, and cocktails. Though I live tragically far across the sea and thus am out of the running, Buckingham Palace does have an open job for a chef, meaning one enterprising cook has a chance to find out what *really* goes on behind the walls of the palace kitchens. Certain aspects of the job leave something to be desired (*cough* salary *cough*), but the overall experience sounds like the chance of a lifetime.

First let’s talk about the job itself. You’ll be a Demi Chef de Partie, which is a station cook, and the job description makes it basically sound like a fancy catering gig — the phrase “volume catering environment” is included in the job description. You’ll need to be good at working on a team, have great attention to detail and adherence to deadlines (no late dinners in the palace, got it?), and if you work hard there is apparently an opportunity for growth. Future head chefs, now’s your chance to get a foot in the door.

You’ll be based in London, but you’ll also get to travel to other Royal residences when you’re needed, and you get free meals while working.

As with all things that seem too good to be true, there’s a catch. The salary listed for the job is £22,076.04 a year, which works out to $27,606.09. That’s … not a lot, especially for working full time in a city like London. The job does come with 33 days of paid vacation which is definitely better than what you get starting out at a new job most places in the US, and there’s a 15% employer contribution pension.

Now, here’s where things get confusing. According to the job description, “This position offers live-in accommodation (for which there is a salary adjustment) with meals provided.”

Does that mean that the £22,076.04 is pre-adjustment? If so, this job pays even less than we thought, though we don’t know how much the palace would charge for employee room and board. But a one-bedroom apartment in London costs, on average, £1250 a month, so maybe staying at the palace and taking a salary cut ends up being a better deal than renting your own place out in the wild anyway. I mean, Buckingham Palace has about 775 rooms, so surely renting a small one out couldn’t cost that much for an employee?

In return? You basically get to live out a modern-day Downton Abbey, learn from world-class chefs, and brush elbows with royalty on a daily basis. Hey, we’d do a lot worse for a lot less money.