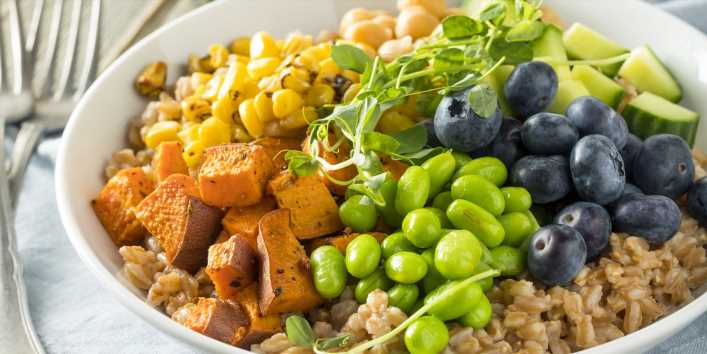 When you’re gluten-free, finding grains that won’t send you running to the bathroom (or worse, to the ER), can be a struggle. Is there gluten hiding at the bottom of that Buddha bowl with farro in it? Are those oats actually gluten-free? Even just perusing the rows of grains in the bulk aisle feels risky.

With so many different grains—especially ancient grains, like farro, millet, and kamut—so popular these days, people with celiac disease or gluten sensitivities face a greater challenge than ever when trying to determine which grains contain gluten.

Though many of these grains don’t contain the word ‘wheat’ in their name, they are often still technically types of wheat, which makes them problematic for people with gluten issues, explains Tara Gallimore, RD, founder of Plantae Nutrition. Sneaky, right?

To make matters even more confusing, “some ancient grains, such as quinoa, millet, and buckwheat are naturally free of gluten,” says Gena Hemshaw, RD, creator of the The Full Helping blog. “Others, including spelt and kamut, meanwhile, do contain gluten.”

Yet another layer of grain mayhem:“Some people with gluten intolerances find ancient wheat easier to digest than products made with newer strains of wheat,” says Hemshaw. Why? Ancient grains like einkorn, kamut, and spelt contain less gluten than conventional wheat.

What does that mean for popular ancient grain farro? Well, brace yourselves, gluten-free peeps…

What is farro, exactly?

Though we talk about farro like an individual type of ancient grain, it actually includes an entire family of ancient wheat varieties that includes spelt, emmer, and einkorn wheat, according to Hemshaw.

Like barley, farro is sold in both whole and pearled forms, says Hemshaw. (Pearled cooks quicker because the outer layer of the grain—called the bran—has been removed.)

Farro has a “pleasantly chewy” texture and a nutty flavor that make it a great addition to soups and salads, Hemshaw adds.

Yep, since farro is technically a type of wheat, it’s a no-go for anyone with serious gluten sensitivities or Celiac disease.

People with mild intolerances, though, can proceed with caution. Whether or not you can handle farro “depends on the severity of the intolerance and whether or not you’ve successfully enjoyed ancient wheat varieties in the past,” says Hemshaw. 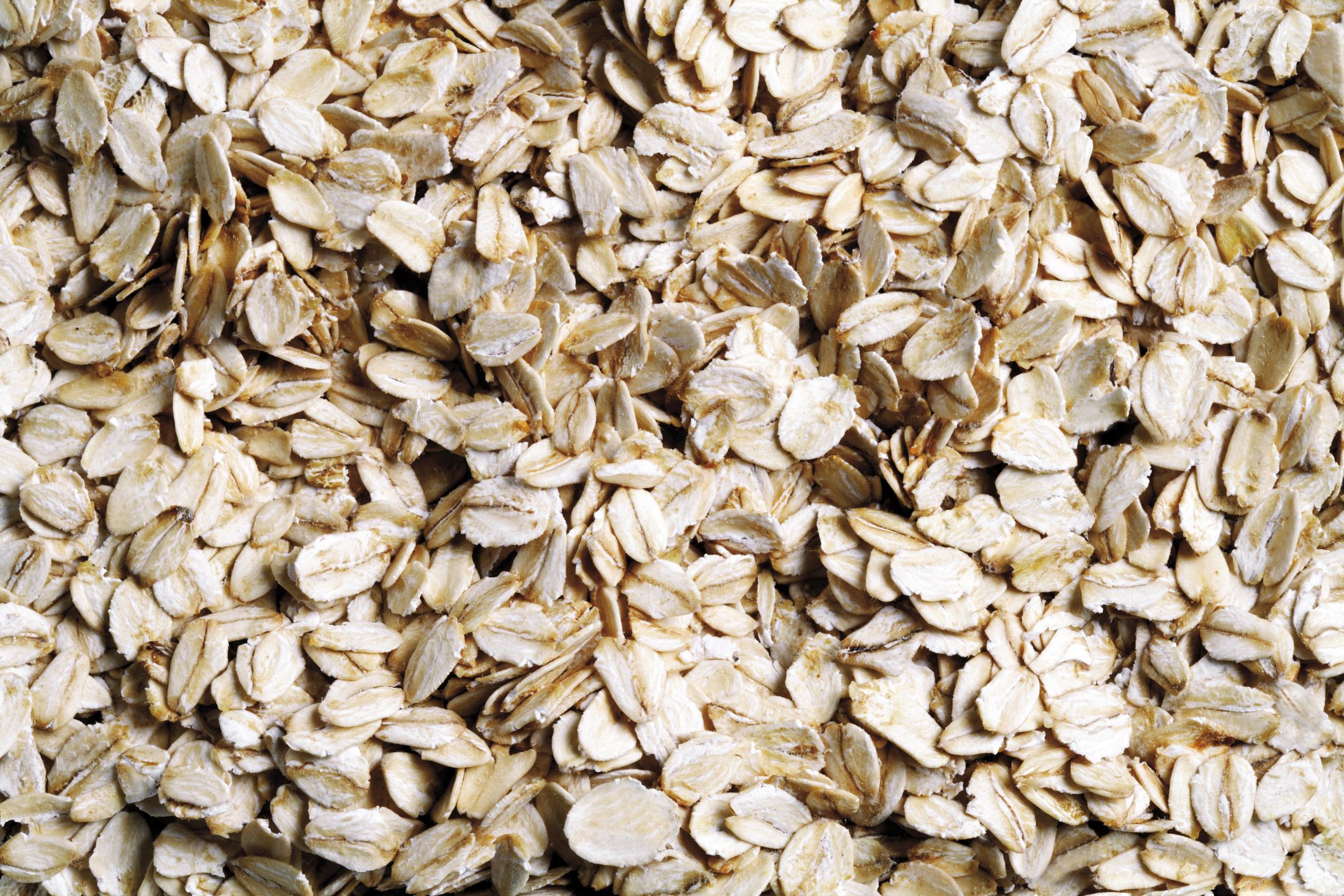 If you want to try your hand eating farro, Hemshaw recommends talking with your dietitian or primary care physician first. If you get the green light, incorporate farro carefully and monitor your body’s response closely.

If gluten isn’t a deal-breaker for you, farro makes for a healthy addition to a balanced diet.

Here’s what you can expect per quarter-cup serving of farro (uncooked), according to the USDA Nutrient Database:

Generally, farro is nutritionally comparable to other types of wheat, like wheat berries, freekeh, or spelt, says Hemshaw. It does, though, contain more fiber and protein than millet, buckwheat, and other gluten-free ancient grains.

In fact,“even quinoa, which is celebrated for being a protein-rich grain, has only six grams per serving in comparison to farro’s seven,” says Hemshaw.

However, if you’re low on iron, farro might not be your best bet. According to Gallimore, ancient grains tend to be lower in iron than more modern types of wheat. (Kind of a big deal considering many people get a lot of their iron from wheat products like bread and pasta these days.)

Sold? Here’s how to eat farro.

Now that farro is on your radar, steal these dietitian-approved cooking tips to get it on the table:

Whip out the rice cooker: If you need a break from rice, cook up some farro plain to use as a meal base or side, says Gallimore.

Simmer it in soup: Craving something cozy? Hemshaw likes using farro as a more nutrient-dense alternative to pasta in a pot of minestrone.

Master your meal prep: “Farro is a perfect choice for grain salads or grain pilafs,” says Hemshaw, who says its chewy texture holds up well when dressed and stashed for leftovers.

Can’t have farro? These ancient grains are gluten-free.

There’s hope for you yet in the ancient grain department, gluten-free eaters.

Stick with millet, quinoa, and buckwheat, and you’re good to go, says Hemshaw. Millet is mild and versatile (millet flour works well in gluten-free breads and baked goods0, while quinoa provides a good dose of protein, she says. Another versatile option, whole buckwheat works well in savory pilafs, while buckwheat flour makes for a fluffy stack of pancakes.

Important advice for gluten-free people: “Look for grains that are gluten-free certified and contain clear, transparent labeling to indicate that they were milled or processed in a gluten-free facility,” says Hemshaw. 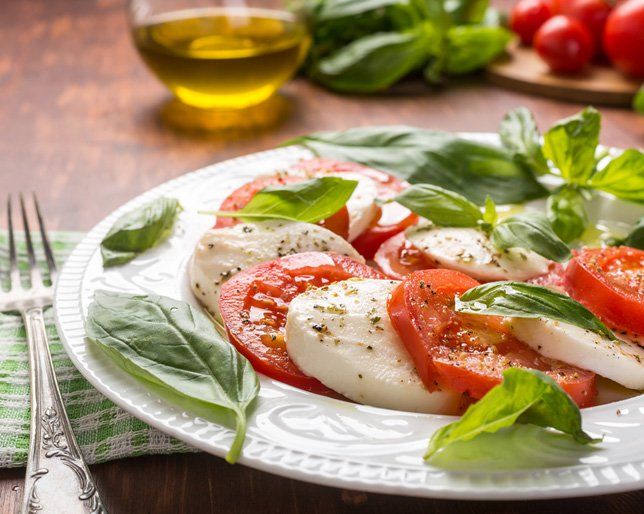 “It’s important to source ancient grains and grain products from a supplier that can guarantee that they haven’t been processed in contact with grains that contain gluten, since even trace amounts of gluten can cause a reaction,” she adds.

Hemshaw particularly likes the brand Little Northern Bakehouse, which carries ancient grain-rich bagels, breads, and pizza crust. “Because the breads are made with ancient grains, they’re higher in fiber than a lot of other gluten-free products,” she says.

The bottom line: The ancient grain farro does contain gluten. However, it can be a totally nutritious addition to a balanced diet.