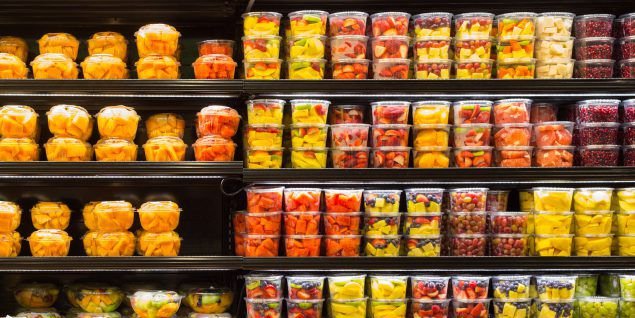 The CDC is investigating a multistate outbreak of Salmonella carrau infections, the organization announced April 24. The investigation is related to an April 12 recall from Caito Foods covering precut watermelon, honeydew melon, cantaloupe, and precut fruit-medley products produced in its Indianapolis, Indiana, facility.

If you do have any of these products in your fridge—they come in clear, plastic clamshell containers—you should not eat them. Throw them out or return them to the place of purchase.

The precut melon packages were distributed in Illinois, Indiana, Iowa, Kansas, Kentucky, Michigan, Minnesota, Missouri, Nebraska, New York, North Carolina, Ohio, Pennsylvania, Tennessee, West Virginia, and Wisconsin to grocery stores like Kroger, Trader Joe’s, Target, Walmart, and Whole Foods. Illnesses have been reported in 10 states and include 117 cases, 32 hospitalizations, and 0 deaths. Most of the illnesses reported are in adults over the age of 50.

While the affected products have the label “Distributed by Caito Foods,” if you can’t determine whether or not you have a Caito Foods product and you live in one of the states of distribution, the CDC urges you to take caution and not eat the the product.

Common symptoms of salmonella infection include diarrhea, fever, and abdominal cramps. If you’re worried you may have been exposed to the bacteria, contact your doctor.