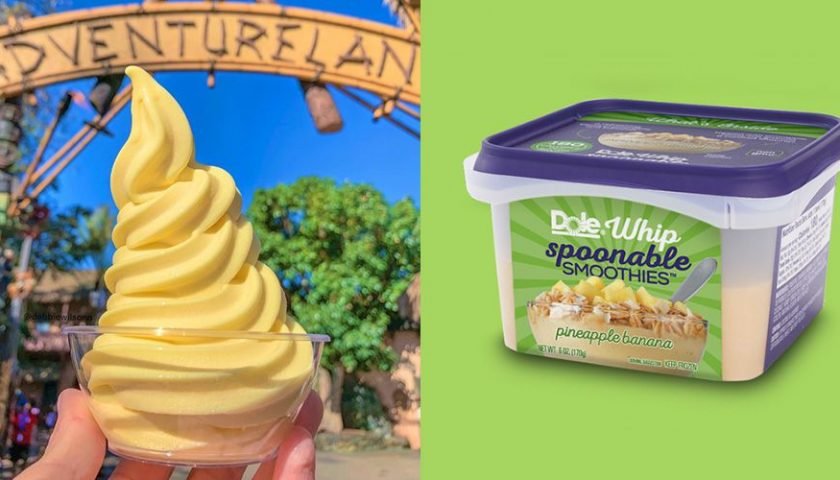 The last time I went to a Disney park, I downloaded an app that told you the wait times for different attractions. These were mostly for rides, but there was one food item that was deemed important enough to be included in the app: Dole Whip. Yes, the creamy, sweet, pineapple soft-serve was so popular, the line to get one rivaled the line for the Jungle Cruise. And it makes sense: You can’t really get Dole Whip outside of Disney.

If you’re like me, and still dream about the refreshing pineapple treat, good news has arrived: Dole has introduced a new grocery-store product that tastes just like Dole Whip. It’s not a soft-serve ice cream, though: Instead, it’s one of the new Dole Spoonable Smoothies — you keep them in your freezer, then eat them with a spoon when you’re ready for a quick breakfast or snack.

The Dole Whip-inspired Spoonable Smoothie has a pineapple-banana-flavored smoothie base, and it’s topped with pineapple, crunchy honey oat granola, and coconut shavings, all for 180 calories. Or, if you’re not into Dole Whip — which seems unthinkable — there’s also one with a strawberry-banana smoothie base, and it’s also finished off with toasted granola. It has slightly fewer calories, at 170.

Once you get them out of your freezer, it takes 30 minutes to thaw out; grab them on your way out the door in the morning, and hopefully they’ll be ready by the time you get to work.

The bowls aren’t available yet, but they’ll retail for around $3.59. Look for them to roll out to supermarkets throughout the spring, and get a little taste of Dole Whip without having to enter the Enchanted Tiki Room.