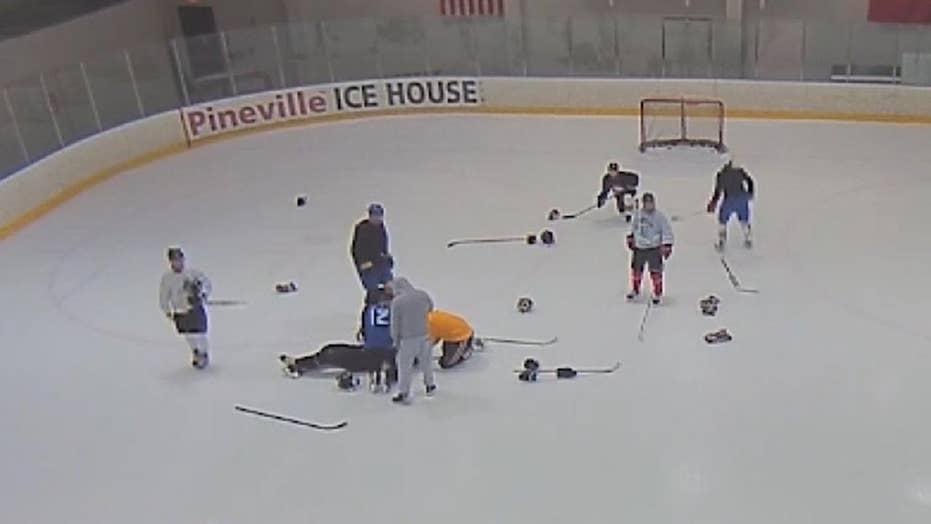 It was truly a "miracle on ice" when a North Carolina doctor saved a fellow hockey player's life during a pickup game.

Jib Street, a native of Canada who has been playing hockey his whole life, dropped in the Pineville rink in January after he went into cardiac arrest. But, as luck would have it, a fellow player was a medical doctor.

'THANK YOU, JESUS': NURSING STUDENT SAVED MAN'S LIFE AFTER HE COLLAPSED IN THE GYM

“When I did see the video a couple of days ago, it is difficult to watch yourself go down and lie motionless on the ice. The gratitude comes from how fast this guy responded– that’s the miracle," Street told FOX 46. "I’m skating with an emergency room doctor.” 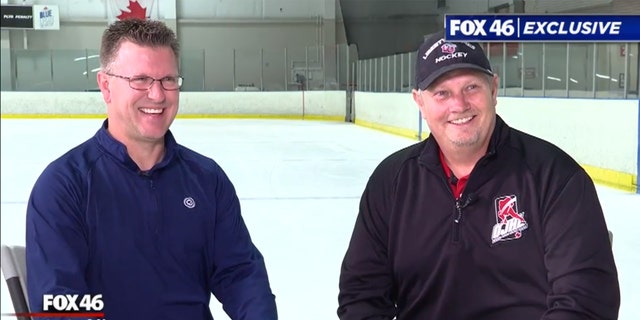 Dr. Craig Bryant, an emergency room doctor, helped save Jib Street’s life after he collapsed on the ice during a January pickup game.
(FOX 46)

Dr. Craig Bryant, whom Street calls his "guardian angel," and other teammates quickly jumped into action to save his life.

“It took a village, there were so many guys that were involved," Bryant told him.

Street made a full recovery and gave Bryan one of his most prized possessions, a signed hockey jersey, as a token of his gratitude.

“Oh my gosh, look at this. That is amazing. Signed by Wayne Gretzky," Bryant said. "I love you, man. Thank you so much.”

Street said it's a "blessing" that the cardiac arrest happened on the ice, with a doctor and a defibrillator nearby, otherwise the result might not have been the same.