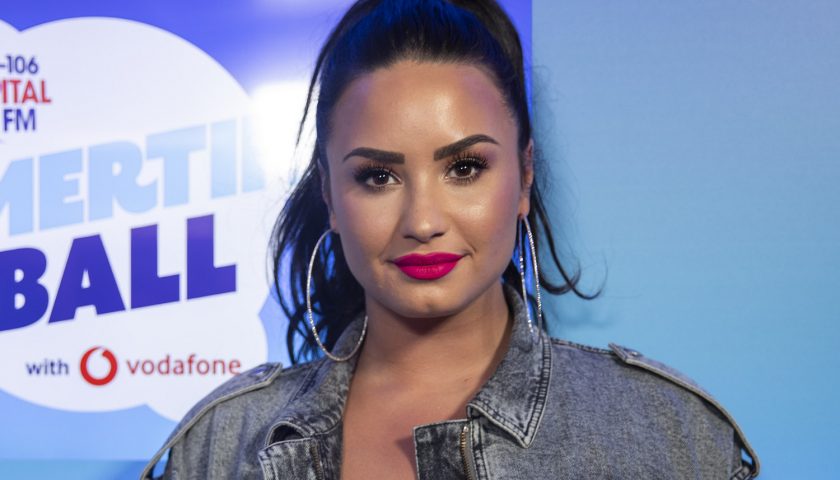 Singer Demi Lovato was rushed to a Los Angeles hospital yesterday due to an apparent overdose and is now “stable,” a source told People. A statement from Lovato’s spokesperson confirmed that she is awake and with her family. Her hospitalisation comes one month after the singer revealed her relapse with a new song, “Sober.”

The statement from Lovato’s representative doesn’t confirm whether Lovato overdosed, but either way, it’s important to remember that drug addiction is not a voluntary behaviour but a chronic disease that millions of people struggle with. In fact, the 2014 National Survey on Drug Use and Health found that approximately 21.5 million people in the US aged 12 or older had a substance use disorder in the past year. As prominent as this issue is, only about 10 percent of people with a substance use disorder ever receive any type of specialty treatment, according to the US Surgeon General, which is critical to help them manage their disease and live a normal, healthy life.

Here’s what you need to know if you or someone you love is struggling with drug addiction.

Why is drug addiction considered a disease?

There’s a key difference between drug misuse and drug addiction, explains A. Thomas McLellan, a substance abuse researcher and founder and chairman of the Treatment Research Institute. While drug misuse involves using an abusable substance voluntarily in a way that could hurt yourself and/or others, drug addiction develops after recurring periods of misuse to the point that it begins to affect your brain circuits, specifically ones that control motivation, inhibition, reward sensitivity, stress tolerance, and cognition.

“Through the persistent erosion of function in those areas, you see characteristic patterns that are common to all addictions: impulsiveness, inability to control behaviuor, swearing you’re never going to use again and then using, things like that,” McLellan says.

It’s unknown exactly how long it takes for a behavioural problem of misuse to become addiction—it depends how severe and how often the substance abuse is, as well as the type of drug—but once someone develops an addiction to a drug, it’s considered a chronic illness that requires long-term treatment and management. Addiction is very comparable to other chronic diseases like diabetes, hypertension, and asthma—it’s possible to treat and manage successfully, but there isn’t a cure.

So why does relapse happen so often?

Relapse rates are between 40 and 60 percent the year following discharge from a typical addiction treatment program, with the vast majority of those occurring within the first 30 days, explains McLellan, who says relapse is part of chronic care. The relapse rates for other chronic illnesses are similar to those for drug addiction.

A recovering addict is most vulnerable when they return to their home environment after treatment and begin hanging around the same people, in the same locations, with the same music and memories of doing drugs there. “These act as powerful triggers to a whole physiological set of responses that produce withdrawal and craving,” says McLellan. “They begin to feel that they’re in withdrawal because it’s a condition-learned thing.”

Over 40 percent of people suffering from drug addiction also have a mental health condition, according to the Surgeon General, whether that’s an eating disorder, chronic depression or anxiety, or post-traumatic stress disorder (PTSD). Physical illness is common as well. “These can also trigger a relapse into the substance, sometimes to self-medicate, or sometimes just to relieve the pain,” McLellan says.

What are the warning signs of a drug relapse?

If you’re concerned that a loved one in recovery may be in danger of relapsing, keep an eye out for major changes in mood or behaviour, including hanging around certain friends or going to places they used to frequent when using drugs, says McLellan. Significant life changes, including the loss of a job or end of a romantic relationship, can also be triggers. “These are all loss of ‘recovery capital’ that protect and sustain recovery,” he explains. “When you lose all the things that keep you functioning normally, that’s not good for anybody, but that’s a special threat for a person in recovery.”

According to the American Addiction Centers, other warning signs can include:

How to help a recovering addict

Because recovering drug addicts are most vulnerable in the first month or two after receiving treatment in a recovery program, they must get involved with some kind of recovery support organisation like Narcotics Anonymous or SMART Recovery, McLellan emphasises. “These are groups of peers who have also undergone this and can do things doctors and healthcare professionals can’t do,” he says. “They’ll meet you for coffee, help you get an apartment, introduce you to a girlfriend or boyfriend who isn’t a substance user. They’ll do all kinds of things, and that’s a very powerful aid to continued sobriety and recovery.”

Family members should take a very active role in their loved one’s recovery. In addition to supporting the person, they should also make sure that they’re still attending their support group. “That external view of watching a person during this vulnerable period helps them begin a new lifestyle that’s dedicated to supporting healthy living instead of a drug habit,” McLellan says.

As the person begins to build more recovery time and “recovery capital”—finding a job, resuming supportive relationships, maintaining good health—the threat of relapses reduces drastically, says McLellan. It doesn’t go to zero (again, there’s no cure), but it’s very unlikely that after an extended period of successful recovery, someone will return to social substance use.

“You can be in stable recovery the rest of your life, very happily. It’s not like you’re gripping your chair with bullets of sweat on your forehead, hoping you don’t go back to alcohol or drug use,” McLellan explains. With the proper treatment, management, and ongoing support system, people in recovery often go on to live happy, successful lives.

This article originally appeared on Prevention