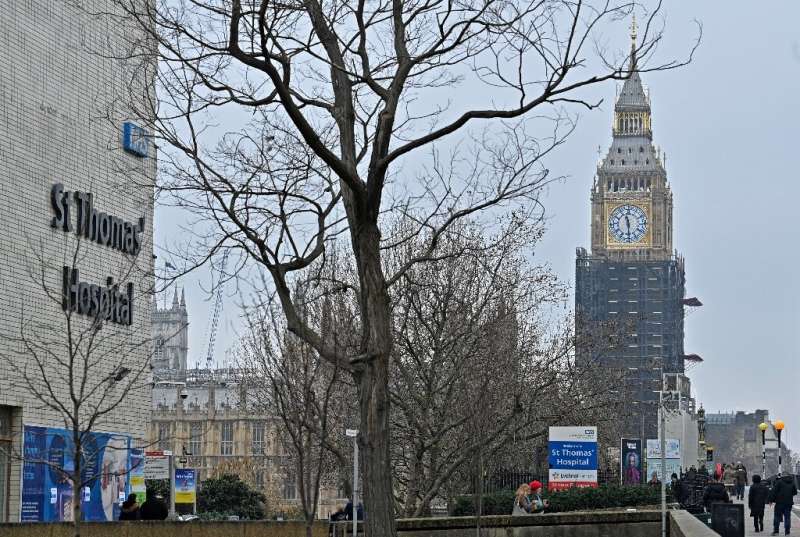 British researchers announced Friday they have cured a man who was continually infected with COVID for 411 days by analyzing the genetic code of his particular virus to find the right treatment.

Persistent COVID infection—which is different to long COVID or repeated bouts of the disease—occurs in a small number of patients with already weakened immune systems.

These patients can test positive for months or even years with the infection “rumbling along the whole time”, said Luke Snell, a physician specializing in infectious diseases at Guy’s and St Thomas’ NHS Foundation Trust.

The infections can pose a serious threat because around half of patients also have persistent symptoms such as lung inflammation, Snell told AFP, adding that much remains unknown about the condition.

In a new study published in the journal Clinical Infectious Diseases, a team of researchers at Guy’s and St Thomas’ NHS Foundation Trust and King’s College London describe how a 59-year-old man finally overcame his infection after more than 13 months.

The man, who has a weakened immune system due to a kidney transplant, caught COVID in December 2020 and continued to test positive until January this year.

To discover whether he had contracted COVID numerous times or if it was one persistent infection, the researchers used a rapid genetic analysis with nanopore sequencing technology.

The test, which can deliver results in as little as 24 hours, showed the man had an early B.1 variant which was dominant in late 2020 but has since been replaced by newer strains.

Because he had this early variant, the researchers gave him a combination of the casirivimab and imdevimab monoclonal antibodies from Regeneron.

Like most other antibody treatments, the treatment is no longer widely used because it is ineffective against newer variants such as Omicron.

But it successfully cured the man because he was battling a variant from an earlier phase of the pandemic.

“The very new variants that are increasing in prevalence now are resistant to all the antibodies available in the UK, the EU and now even the US,” Snell said.

The researchers used several such treatments to try to save a seriously ill 60-year-old man in August this year who had been infected since April.

“We really thought he was going to die,” Snell said.

So the team crushed up two antiviral treatments not previously used together—Paxlovid and remdesivir—and administered them to the unconscious patient via a nasal tube, according to a non-peer-reviewed preprint study on the website ResearchSquare.

“Miraculously he cleared and perhaps this is now the avenue for how we treat these very difficult persistent infections,” Snell said, emphasizing that this treatment may not translate for normal COVID cases.

At the ECCMID conference in April, the team announced the longest-known persistent infection in a man who tested positive for 505 days before his death.

That “very sad case” came earlier in the pandemic, Snell said, adding that he was grateful there were now so many more treatment options available.