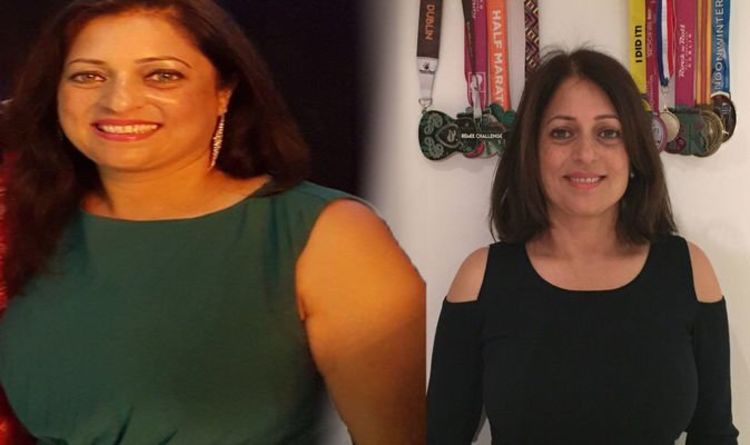 Type 2 diabetes is a condition in which the body can’t control the amount of glucose in the blood. The body doesn’t respond to insulin properly and may not produce enough. This causes a person’s blood glucose level to become too high. If blood sugar stays too high and the condition is left untreated, a number of complications can occur, including kidney failure, nerve damage, heart disease, foot ulcers and stroke. A certain activity has helped a women put her diabetes into remission and massively reduce her risk of further health complications.

Snita Sharma, 51, was putting herself in danger of serious health conditions.

Her weight had progressed to 11 stone and her type 2 diabetes progressively getting worse, she feared further complications to her health including loss of sight and amputation.

In an attempt to put her diabetes into remission before her 50th birthday, Snita took up running and has since completed a number of half marathons and has lost an impressive three stone.

She has partnered with Diabetes UK to encourage others battling with the condition to get more active in order to manage their condition. 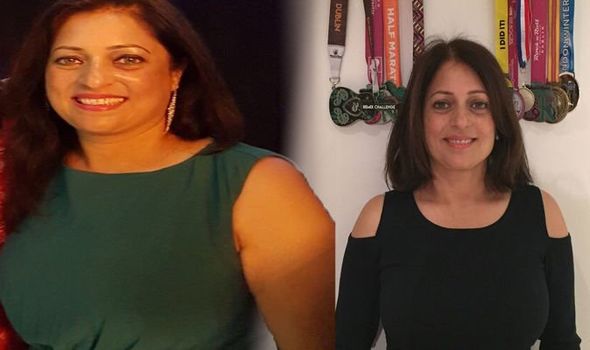 Reversing type 2 diabetes is a term that usually refers to a significant long-term improvement in insulin sensitivity in people with the condition. With time, dedication and motivation, type 2 diabetes can be reversed and the results can be extremely beneficial.

Diabetes.co.uk said: “The most common cause of type 2 diabetes is obesity-related, which generally follows a vicious cycle pattern.

To reverse diabetes, you need to be able to break the cycle by taking the strain off your insulin-prodding cells.

Exercise helps the body to become more sensitive to its insulin. In combination with a healthy diet, exercise can reduce the demand for insulin in the body and therefore help reverse diabetes.

Commitment to exercise has allowed a number of people to successfully reverse their type 2 diabetes.

Snita was diagnosed with type 2 diabetes 10 years ago, having put on weight due to diet of high in fat Indian food, takeaways, crisps and fizzy drinks.

Coupled with an inactive lifestyle, she reached 11 stone, making her three stone overweight. Despite her diagnosis, Snita says she was fairly complacent when it came to managing her condition.

“Diabetes has had a really serious impact on my life. For the first eight or nine years I didn’t really care and just ate what I wanted and took my medication but I never felt good and was always tired, hungry and experiencing mood swings,” she said.

With her blood sugar levels on the rise and fearing that her lifestyle was putting her at risk of complications including sight loss and amputation, Snita was challenged by her family to take control and properly manage her condition.

After turning 49 I wrote a list with my family of all things I wanted to do before I turned 50. They challenged me put my Type 2 diabetes into remission by going on a down.” Snita soon caught the running bug and started running with her local club every Wednesday, as well as taking part in weekend runs and extra training during the week.

Coupled with her improved diet, switching out fish & chips and high-fat Indian foods for chicken and vegetables, soups and low-fat Indian options, Snita found that her weight was dropping as well.

“Losing weight has helped me to put the condition into remission. As soon as I started to lose weight my blood sugar levels started to come down. I felt so much better and got faster as result, which helped me lose even more weight.” 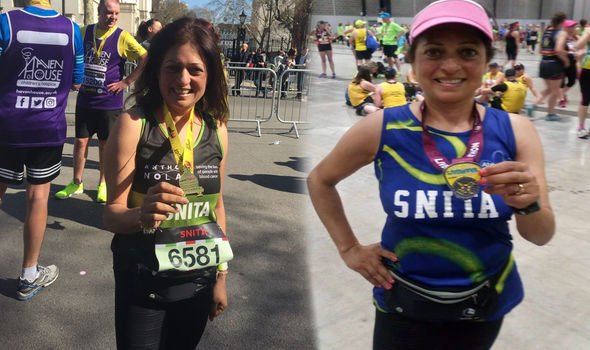 How the changes impacted her life and health

The pounds dropped off of Snita, losing three stone to weigh in now at eight stone. To top it off, Snita received her blood test results shortly before her 50th birthday which revealed she was no longer within the diabetic range.

Snita now considers herself a running addict and regularly runs 5ks, 10ks and half marathons. Later this year, she will take part in the iconic Simplyhealth Great South Run, part of a series of mass participation running events which has partnered with Diabetes UK, to encourage more people to become more active.

Snita is effusive in her praise for the impact running has had on her life and recently delivered a talk, with the help of Diabetes UK, on the life-changing effect it can have on other people living with diabetes.

“The impact running has had on my life has been huge. If I hadn’t joined my running club and got the support I’ve had from my coach and the rest of the group I wouldn’t have kept it up.

“Running has really helped my diabetes by getting me fitter and forcing me to address my diet, which together have helped me diabetes enter into remission.”

Snita has been running medication-free for 19 months now and as well as running the Simplyhealth Great South Run later this year, has also recently completed half marathons in London, Liverpool and Dublin.

She feels happier, fitter and healthier now than she has since her 20s and is determined to continue challenging herself. “It’s been a real journey which I’m still on and I feel like a changed person.

I have so much energy and do so much more in a day than I ever did before. It’s been truly life-changing.” 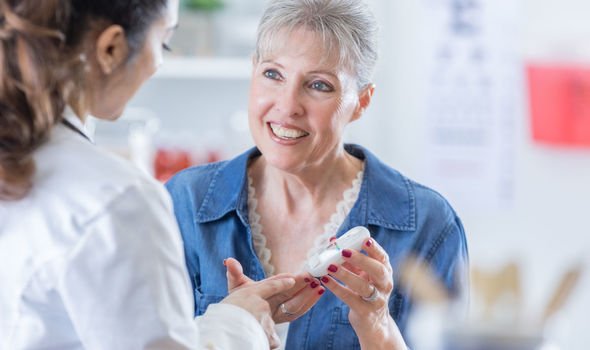 In the past, type 2 diabetes was thought to be a lifelong condition. However, there is now increasing evidence that even if the condition can’t be cured, it is possible to put the condition into remission through weight loss.

The NHS said: “In recent years, doctors have noticed that some obese patients who lose a lot of weight , whether through very low calorie diets or weight loss surgery, have blood sugar levels that drop back to normal and stay that way without diabetes medicines.

This has fueled interest in reversing diabetes through major weight loss. Instead of curing diabetes, doctors talk about diabetes being in remission.

This is because it can be a two-way process – if people put weight back on, they may become diabetic again.”