Evidence suggests the compounds found in grapes can lower blood sugar levels. In a 16-week study in 38 men, those who took 20 grams of grape extract per day experienced decreased blood sugar levels, compared to a control group.

Further research has shown that resveratrol – a compound found in the skin of grapes – increases insulin sensitivity, which may improve a person’s body’s ability to process glucose and hence lower blood sugar levels.

Findings also show that resveratrol increases the number of glucose receptors on cell membranes, which may have a beneficial effect on blood sugar.

There is a common misconception that people with diabetes should cut back on fruit because of sugar content. 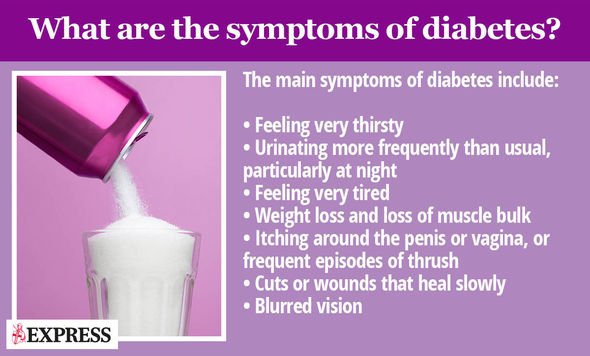 Most fruits have low to medium glycaemic index

As Diabetes UK explained, the concern has been that because fruits contain sugar, it makes a person’s blood glucose go up.

“In fact, most fruits have low to medium glycaemic index, so they do not lead to a sharp rise in your blood glucose levels compared to other carbohydrate-containing foods like white or wholemeal bread,” noted the health body.

According to the NHS, the glycaemic index (GI) is a rating system for foods containing carbohydrates.

It shows how quickly each food affects a person’s blood sugar (glucose) level when that food is eaten on its own.

In addition to grapes, another fruit that scores relatively low on the GI scale is apples.

One study of 12 obese women found that blood sugar levels were over 50 percent lower after consuming a meal with a low GL, compared to a meal with a high GL. 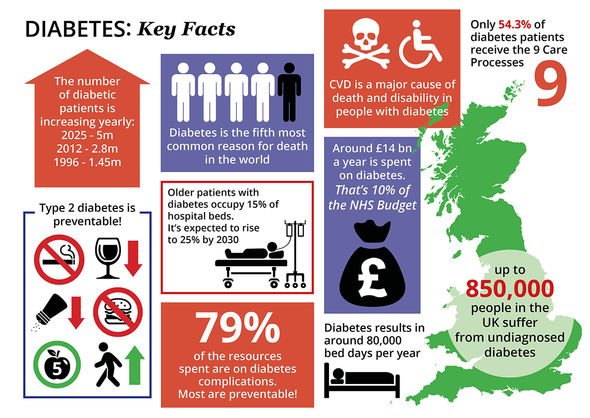 While fruit is a little relatively low-carb option, sugary foods such as chocolate and fizzy drinks can send blood sugar levels soaring.

To be on the safe side, people should opt for foods that score low on the GI index, such as wholegrain foods, fruit, vegetables, beans and lentils.

What are the symptoms of type 2 diabetes?

Symptoms of type 2 diabetes include:

As the NHS explained, many people have type 2 diabetes without realising. This is because symptoms do not necessarily make a person feel unwell.