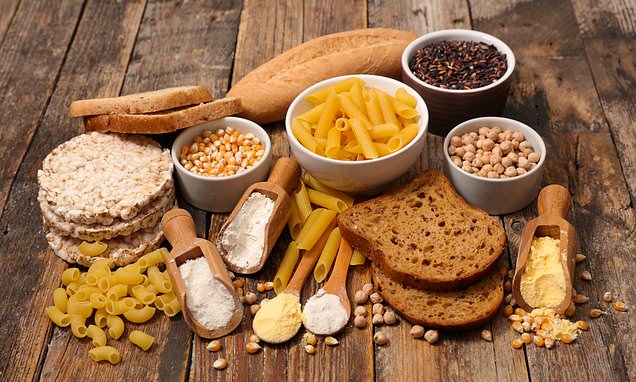 Too much wheat and gluten in early stages of infancy raises risk of coeliac disease in children at risk of the condition, study says

Children at risk of coeliac disease who eat more gluten in infancy are more likely to be struck down with the condition, a study suggests.

Scientists in Sweden tracked thousands of at-risk youngsters from when they were six months old until they reached their fifth birthday.

Youngsters who ate more than the average amount of gluten during that time were seven per cent more likely to have coeliac disease, they found. 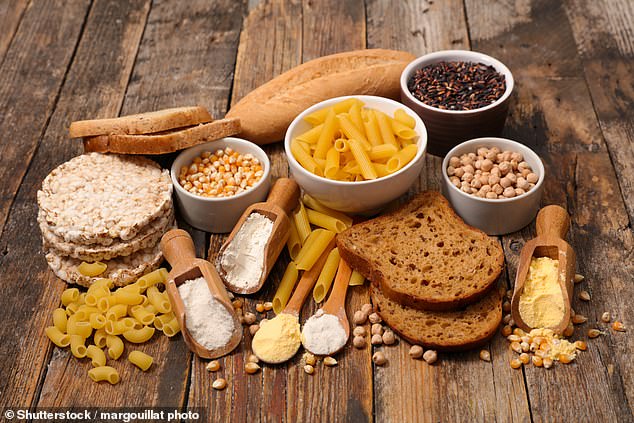 Children at risk of coeliac disease who eat more gluten in infancy are more likely to be struck down with the condition, a study suggests

Figures suggest around one in every 100 Britons has the condition, for which the only treatment is a life without gluten.

This protein, usually derived from wheat, is found in pasta, most types of bread, breakfast cereals, biscuits and cakes.

The condition can cause stomach upsets, fatigue and more serious problems for coeliacs.

The research, by Lund University in Malmo, only looked at rates of coeliac disease among genetically predisposed youngsters.

Each had genes which make them vulnerable to coeliac disease – carried by 40 per cent of the population.

Researchers estimated gluten intake from food records collected at six, nine and 12 months, and then biannually until the age of five.

WHAT IS COELIAC DISEASE?

Coeliac disease is a genetic autoimmune disorder in which gluten leads to damage in the small intestine.

Gluten provokes inflammation in the small intestine which affects the body’s ability to absorb nutrients from food.

The condition is estimated to affect one in 100 people worldwide.

One percent – or three million Americans – are living with coeliac disease.

There are more than 200 symptoms of coeliac disease but the more common ones are:

The only treatment for the disease and is a strict gluten-free diet.

Only foods and beverages with a gluten content less than 20 parts per million are allowed.

Some 18 per cent of the children developed coeliac disease autoimmunity – having antibodies in their blood.

A further seven per cent of the youngsters, from Finland, Germany, Sweden and the US, developed full-blown coeliac disease.

The incidence of both outcomes peaked at two to three years old, scientists said in the Journal of the American Medical Association.

For every one gram per day increase in gluten consumption, there was an associated higher risk of coeliac disease and autoimmunity.

One gram of gluten is the equivalent to half a slice of white bread.

Children who had 1g more of gluten than deemed average were seven per cent more likely to have coeliac disease by age three. This would work out as an extra 72 in every 1,000 children getting the condition.

There was a similar increased risk for coeliac disease autoimmunity.

The authors of the study admit there was some uncertainty over the accuracy of the reported gluten intake.

They suggest a randomised clinical trial be done of different amounts of gluten during early childhood in genetically at-risk children.

‘Gluten is contained in wheat, barley and rye, and so is present in breads, many breakfast cereals, pasta, cakes, pastries and biscuits,’ he added.

‘But wheat flour is often used as a thickening, bulking or coating agent in sauces, puddings, meat and fish products and ready meals and so gluten is widely consumed in a large variety of foods eaten by both children and adults.

However, he added: ‘We cannot use these results to make recommendations for how we feed all children, because the large majority of young children can eat gluten without experiencing an increased risk of coeliac disease.

‘This study is only observational, so before we start giving dietary advice we need a large clinical trial to tell us whether removing gluten from the diet reduces the risk of developing coeliac disease, how strictly gluten needs to be removed from the diet and for how long.

‘Certainly, any special dietary restrictions in babies and toddlers needs to be done following consultation with a doctor and a dietitian for expert advice.’