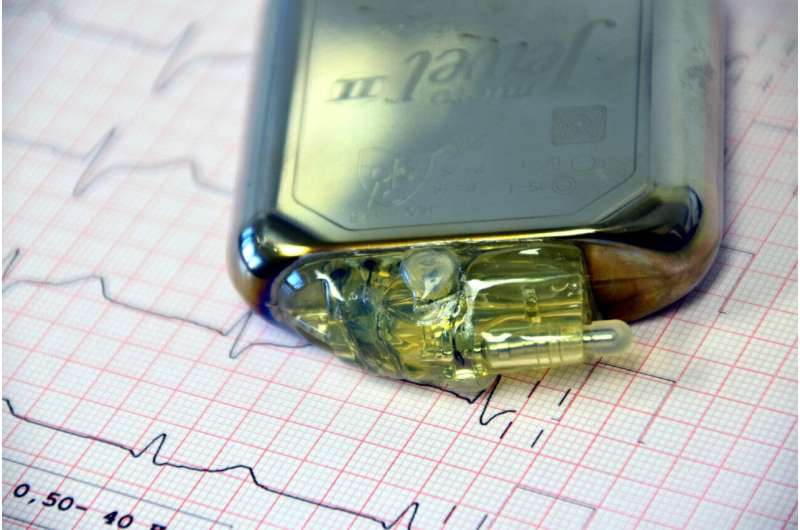 Clinical data and cardiac magnetic resonance (CMR) imaging did not improve risk prediction for sudden cardiac death (SCD) after myocardial infarction in the largest pooled patient cohort collected to date. The late breaking research from the PROFID project is presented at ESC Congress 2022 on 29 August.

SCD is responsible for approximately one in five fatalities and is usually due to myocardial infarction. A prophylactic implantable cardioverter defibrillator (ICD) is recommended for patients with an ejection fraction of 35% or lower, but most SCDs occur in those with an ejection fraction above 35%. Many patients who might benefit from an ICD are not eligible, and very few patients who qualify for an ICD will ever need it.

PROFID aimed to develop a prediction model for the risk of SCD after myocardial infarction to select patients for prophylactic ICDs. Today the researchers reported the limited value of currently available risk stratification parameters for the prediction of the individual risk of SCD in post-infarction patients, corrected for the competing risk of dying from other causes. The researchers analyzed patients with 1) previous myocardial infarction regardless of ejection fraction and 2) ischemic cardiomyopathy with ejection fraction below 50%.

In the first phase of the analysis, 19 datasets from Europe, Israel and the US containing demographics, clinical parameters, medication, electrocardiogram variables, biomarkers and echocardiographic parameters, including left ventricular ejection fraction (LVEF), were analyzed. The second phase consisted of analysis of seven datasets from Europe and the US that incorporated CMR measures obtained at least 40 days after myocardial infarction. Measurements derived from CMR included LVEF, size of infarct scar, which is the area of dead heart muscle after a myocardial infarction, and size of the gray zone, which is the border between the infarcted scar area and healthy myocardium. The primary outcome was SCD in patients without an ICD, or first appropriate ICD therapy as a surrogate for SCD in ICD carriers.

The phase two analysis included 2,156 patients with an average age of 64 years and average LVEF of 36.8%. A total of 149 primary outcomes occurred during a median follow up of 36 months. This analysis showed that inclusion of CMR parameters, in particular extent of scar and of gray zone, did not substantially improve the predictive performance.

Study author Dr. Nikolaos Dagres of the Heart Center Leipzig, Germany said, “The results of our analysis show that LVEF is only a moderate predictor of sudden cardiac death in patients after myocardial infarction and that other parameters including previously reported candidate predictors, clinical data and CMR measurements did not increase the predictive performance. We also found that overall, the risk for sudden cardiac death is low in patients with LVEF 35% or below and very low in patients with LVEF above 35%.”