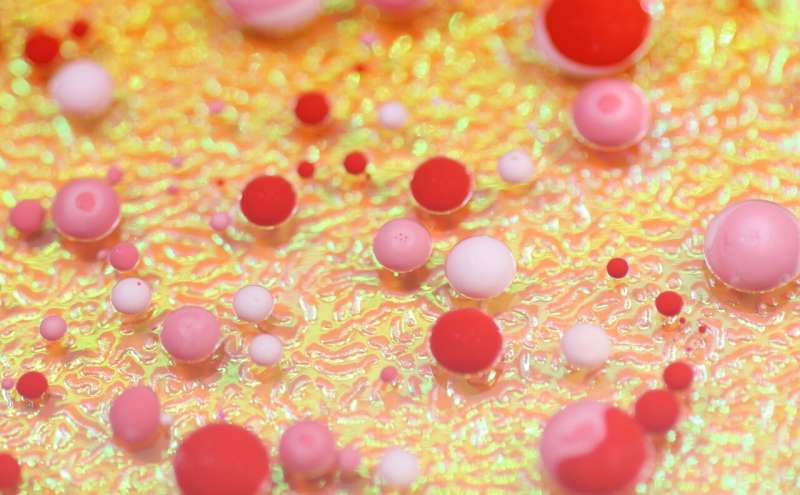 Macrophages are key cells of the immune system with many important beneficial functions, but they can also exacerbate many common diseases.

Macrophages that are polarized—or activated—into a type called M1 can suppress the growth of blood vessels and tumors. In contrast, M2-type polarized macrophages can exacerbate tumor growth and promote certain diseases, such as “wet” age-related macular degeneration (AMD), one of the leading causes of blindness. In addition, M2-type macrophages can promote tissue fibrosis and contribute to allergic and parasitic diseases.

How macrophage polarization into the M1- versus the M2-type occurs has not been well understood. Now, a research team at Massachusetts General Hospital (MGH), led by Alexander G. Marneros, MD, Ph.D., an investigator at the Cutaneous Biology Research Center at MGH, has uncovered the signaling mechanisms and changes in cell metabolism that occur during macrophage polarization in unprecedented detail.

They combined these findings with their results from drug screens to show that it is possible to selectively block M2-type polarization without affecting M1-type macrophages, resulting in a clear benefit in a mouse model of “wet” AMD.

They describe their research in the journal Cell Reports.

“Because these two macrophage types can have opposing effects on various common diseases, it would be important therapeutically to selectively inhibit M2-type macrophage polarization without blocking M1-type polarization,” explains Marneros, an associate professor of Dermatology at Harvard Medical School.

“In many diseases both populations of macrophages are present, but one is predominant. For example, M2-type macrophages are increased in the eyes of patients with wet AMD,” he says. “But if we can shift the balance from M2- to M1-type macrophages, this would mean that we could influence disease outcomes through new therapies.”

Marneros and colleagues found drugs that selectively block M2- but not M1-type macrophages. Strikingly, these drugs are already in clinical use for other indications and could therefore be repurposed for this use.

“Among the most potent inhibitors of M2-type macrophage polarization were two groups of medications called MEK inhibitors and HDAC inhibitors,” says Marneros. The experience of clinicians in using these drugs for other indications makes them particularly promising as novel therapies in diseases exacerbated by M2-type macrophages.