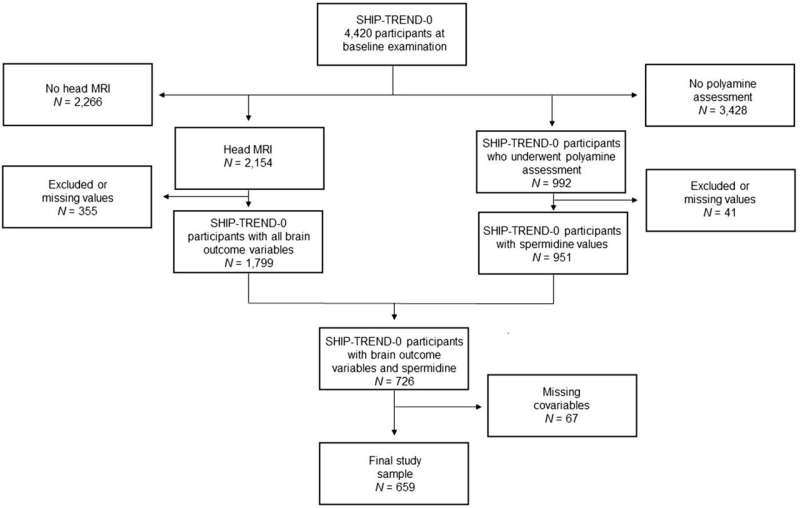 In a recent study, an international team of researchers led by Prof. Agnes Flöel at University Medicine Greifswald has gained new insights into the role of the polyamine spermidine in brain aging. The study, published in the journal Alzheimer’s & Dementia, is the first study investigating the role of spermidine blood level values across the lifespan in a community-based cross-sectional sample.

With the help of magnetic resonance imaging (MRI), they found that elevated spermidine blood levels are an indicator for advanced brain aging. This means that spermidine could play a role during the development of neurodegenerative diseases like Alzheimer’s disease. Data for this study originated from a population-based study (SHIP—Study of Health in Pomerania) and included 659 healthy participants.

Spermidine is a molecule that can be found in all our cells. It can be formed in the body from precursors, and we absorb it through food. It helps cells to eliminate cellular waste, i.e. parts of the cell that are no longer needed. This process is also called autophagy. It is assumed that spermidine uses autophagy to slow down the aging process at cell level. Moreover, it is also known that higher dietary spermidine intake benefits various aspects of general health, body defense, and memory maintenance in older animals and humans. In contrast, research has shown that elevated spermidine tissue levels, e.g. in different brain areas, are an indicator for Alzheimer’s disease.

“To better understand this well-known contrast, we wanted to investigate the relationship between spermidine blood levels and established MRI-based brain markers that show changes during brain aging and in Alzheimer’s disease in the general population,” says Silke Wortha, Ph.D., first author of the study.

The researchers used four MRI-based brain markers and were able to show that elevated spermidine blood levels were associated with advanced brain aging according to all four markers. Study participants were healthy and had no diagnosis of neurodegenerative disease like Alzheimer’s.