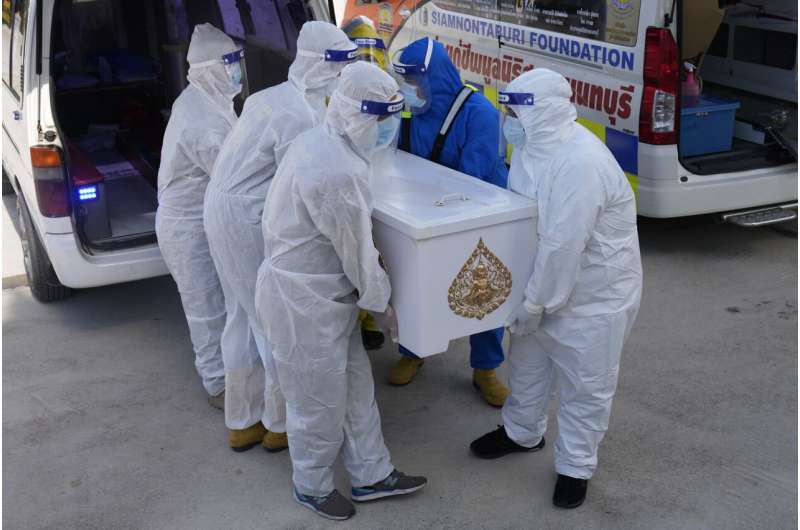 A nighttime curfew and other new coronavirus restrictions began Monday in Thailand’s capital and several other provinces, as health officials announced that medical workers will given booster shots of AstraZeneca vaccine after already receiving two doses of China’s Sinovac vaccine.

Thailand is battling rising COVID-19 cases and deaths since April worsened by the spread of the more contagious delta variant that was first identified in India.

Thailand reported 8,656 new cases and 80 deaths on Monday, bringing its total since the pandemic began last year to 345,027 confirmed cases and 2,791 deaths. More than 90% of the cases and 95% of the deaths have occurred since early April.

Most cases are in Bangkok and nearby provinces and in the country’s four southernmost provinces. The sharp rise in cases has caused a severe shortage of hospital beds for COVID-19 patients, prompting the authorities to allow patients to isolate at home and in community centers.

The head of the Thai Red Cross Emerging Infectious Diseases Health Science Center, Dr. Thiravat Hemachudha, said last week that a study he helped conduct found that Sinovac was less effective at fighting the delta variant, and that a booster dose of AstraZeneca would boost its efficacy, while two doses of AstraZeneca instead was even better. 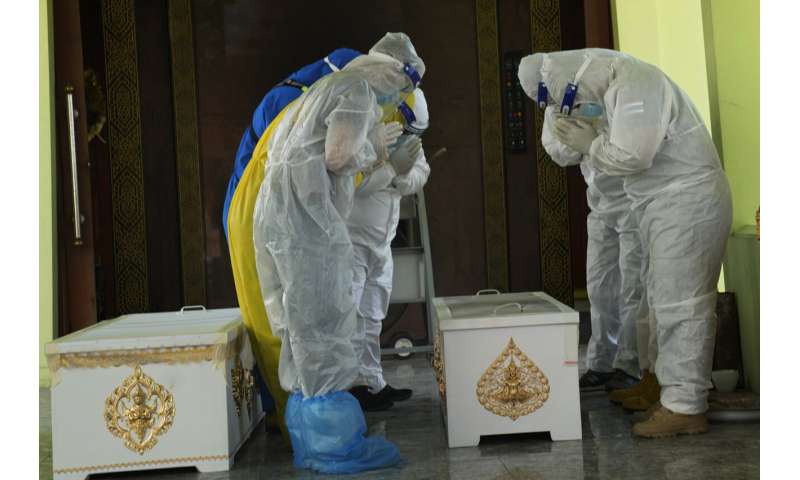 The Health Ministry announced Sunday that 618 of 677,348 health workers who have received two doses of Sinovac have since tested positive for COVID-19.

Other Thais who have received only one dose of Sinovac will be able to get AstraZeneca for their second dose, Health Minister Anutin Charnvirakul said.

The country has administered around 12.57 million vaccine doses, with 9.3 million people, just over 13% of the population, receiving at least one dose. The government has targeted administering 100 million doses to 50 million people by the end of this year. 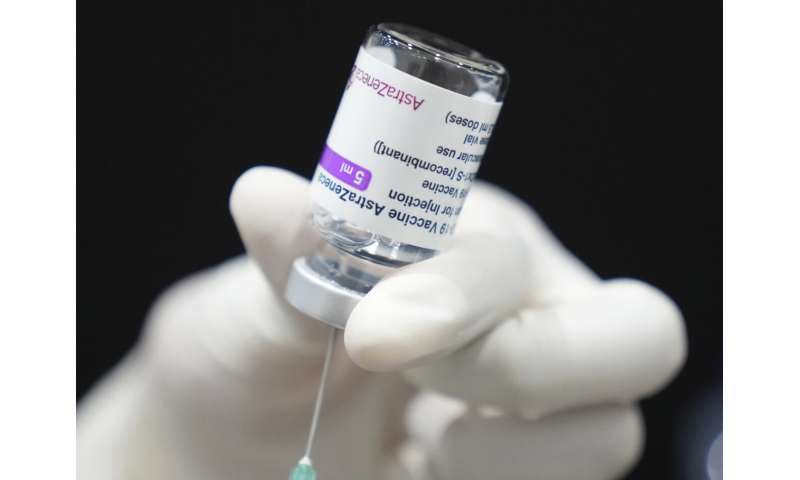 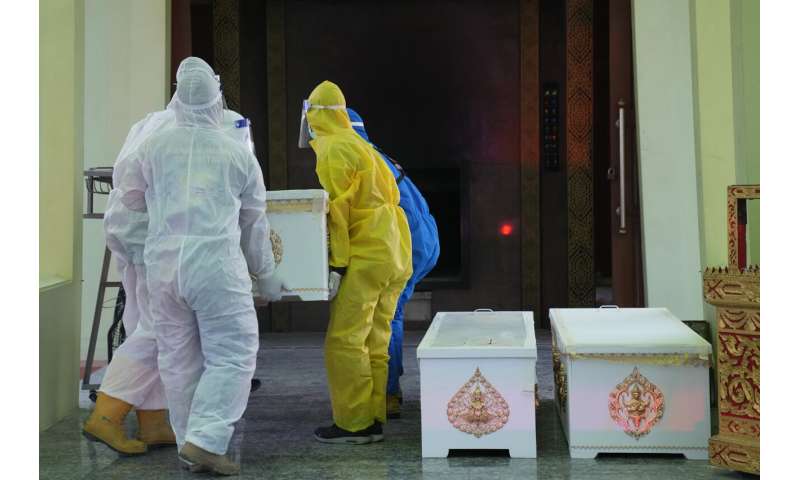 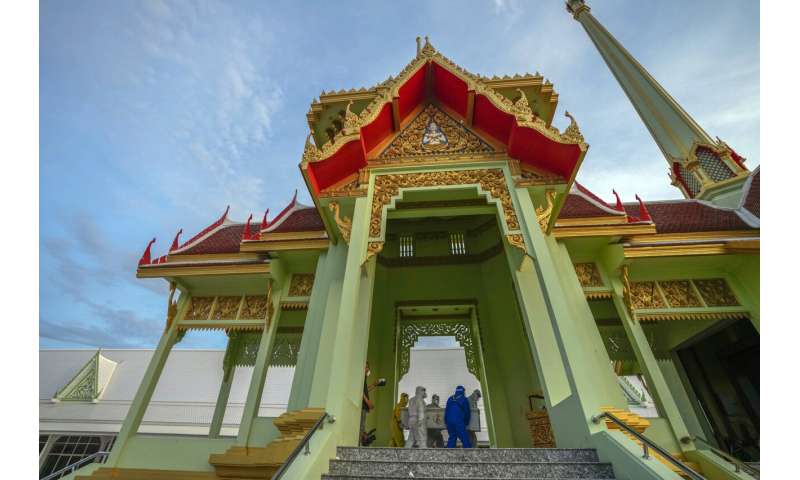 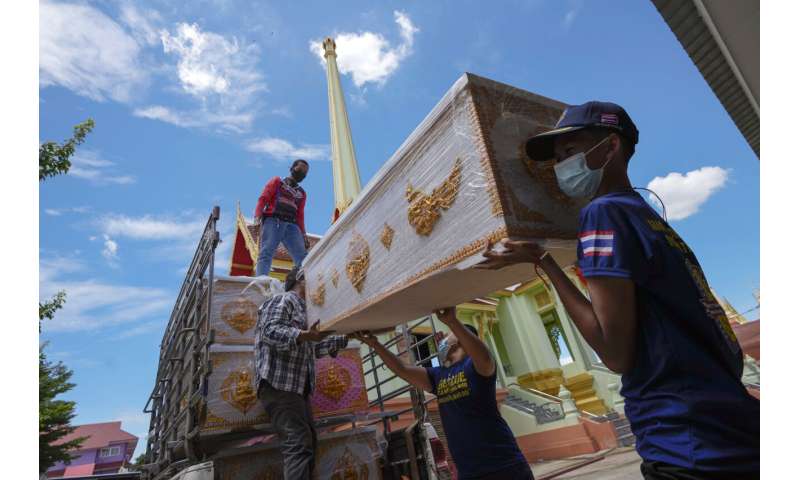 Thailand produces AstraZeneca locally but not enough to meet demand, and will continue importing Sinovac. A donation of 1.05 million doses of AstraZeneca from the Japanese government that arrived Friday will be used in part to provide the booster doses for medical personnel.

Under the new coronavirus measures, shopping centers in the greater Bangkok area will be closed except for supermarkets, banks, pharmacies, takeout food, cellphone sales and repair and vaccination centers, all of which must close by 8 p.m. Restaurants have already been limited to takeout service since June 28. Schools in the region will be closed, with only online learning allowed.

Convenience stores must close from 8 p.m. to 4 a.m., and beauty salons and massage parlors must shut entirely. Public transport will stop running from 9 p.m. to 4 a.m., the same hours as the curfew, and working from home is strongly encouraged.