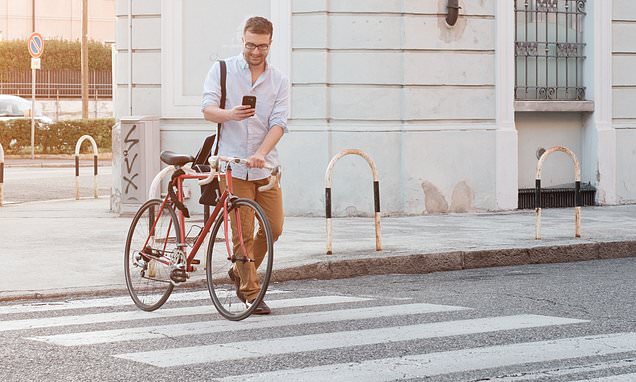 Silicon Valley ‘dopamine fasting’ trend of techies cutting out food, social media and sex to get bigger hits of the ‘feel-good’ chemical is slammed as a fad

Techies in Silicon Valley are depriving themselves of food, gadgets and sex as part of a new trend dubbed ‘dopamine fasting’.

They cut off loved ones, unplug themselves from electronics and avoid artificial light for an entire day or more, sipping nothing but water.

The idea is to restrict themselves of pleasure so things they take for granted, such as food, technology and socialising, feel more rewarding.

It is the latest wellness craze to pop up in the tech hub in San Francisco, known for engaging in quirky techniques.

Advocates say the short burst of abstinence makes life more interesting when they return to it – but some experts have slammed it as a fad with no scientific basis.

Dopamine, often described as the happiness chemical, is a hormone known to play a role in how the brain derives enjoyment, as well as addiction. 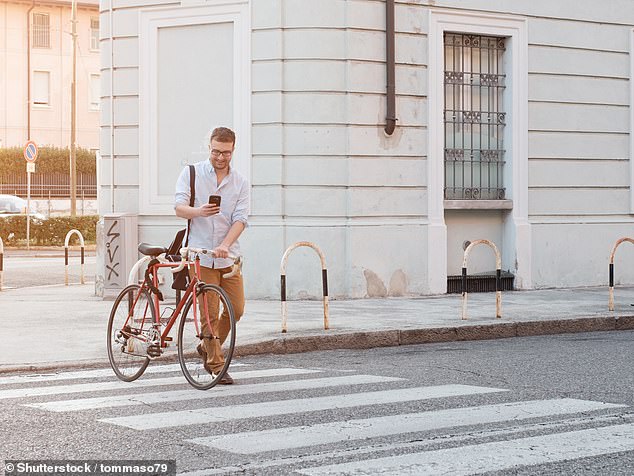 Techies in Silicon Valley are depriving themselves of food, gadgets (like mobile phones, pictured) and human interaction as part of a new trend dubbed ‘dopamine fasting’ (file image)

Its release is triggered by a vast range of stimuli such as eating and exercising.

But supporters of dopamine fasting believe quick hits of the hormone from social media and junk food are desensitising them to pleasure.

They say by starving their brains of dopamine, it comes back in spades when they resume their normal lives.

James Sinka, 24, who works in Silicon Valley, told the BBC these quick hits of the hormone makes people ‘numb to it in the same way someone who does cocaine develops a tolerance’.

He said: ‘You’re trying to undo that built tolerance. That allows you to reflect and to look at the bigger picture, to reassess.

Dopamine is a neurotransmitter that is known to play a role in how our brains derives pleasure from activities such as gambling and sex, as well as addiction.

These gratifying activities, and addictive drugs, increase the level of dopamine in the brain.

When we have too little dopamine, we tend to feel bored, unmotivated, or depressed.

Dopamine is produced in several parts of the brain, including in the hypothalamus.

Its effects on the brain depend on a few different factors, such as the types of neurons that its combined with.

Scientists originally thought that this substance was related to true pleasure.

New research suggests that dopamine is more related to anticipatory pleasure and motivation.

‘When you start to re-engage all those different stimuli, they’re more engaging than they originally were.’

During his fasts, Mr Sinka doesn’t listen to music, use electronics or speak to anyone. He avoids artificial light, ditches food and doesn’t touch drugs or supplements.

Experts say dopamine fasting is based on a behavioural therapy technique known as ‘stimulus control’, used in psychology to treat addicts.

Dr Cameron Sepah, a psychologist in the Silicon Valley area, said the latest fad was a useful tool for high-powered execs and venture capitalists who cannot simply reduce their social media or technology use.

He said that it would be ‘career suicide’ for CEOs in the region to abstain from them because they need to stay on top of the news and consumer habits.

Dr Sepah, whose clients include many people in Silicon Valley, revealed these people are also prone to addictive behaviours due to the high amounts of stress in their role.

He believes dopamine fasting is far more convenient for them and has seen it improve mood, focus and productivity.

However, many experts have dismissed the technique as a fad with no scientific basis.

Joshua Berke, a professor of neurology and psychiatry at the University of California, San Francisco, said he was not aware of any evidence dopamine fasting reduces the amount of the hormone in the brain.

He did not doubt that abstaining from ‘obsessive’ or unhealthy behaviours was positive for health.

But the professor was not convinced it had anything to do with starving the brain of dopamine levels.

He told the BBC: ‘This is a fad, not a controlled study. It certainly sounds plausible that taking a break from obsessively checking your social media account and partying every night is good for you. [It’s] just unlikely to have much to do with dopamine per se.’

He told MailOnline: ‘Having a break from all these activities makes sense if you’re able to and returning to them after a break will give you that sense of feeling renewed.

‘However calling it a dopamine break doesn’t really reflect what’s going on as you can’t switch dopamine on and off like a light switch, even in a low stimulus setting you are still able to think which can trigger dopamine and the associated feelings and emotions it is associated with.’