The cardiovascular implications of physical exercise can be improved by helping individuals design and set out to accomplish key goals, resulting in lasting benefits and improved behavioral changes. 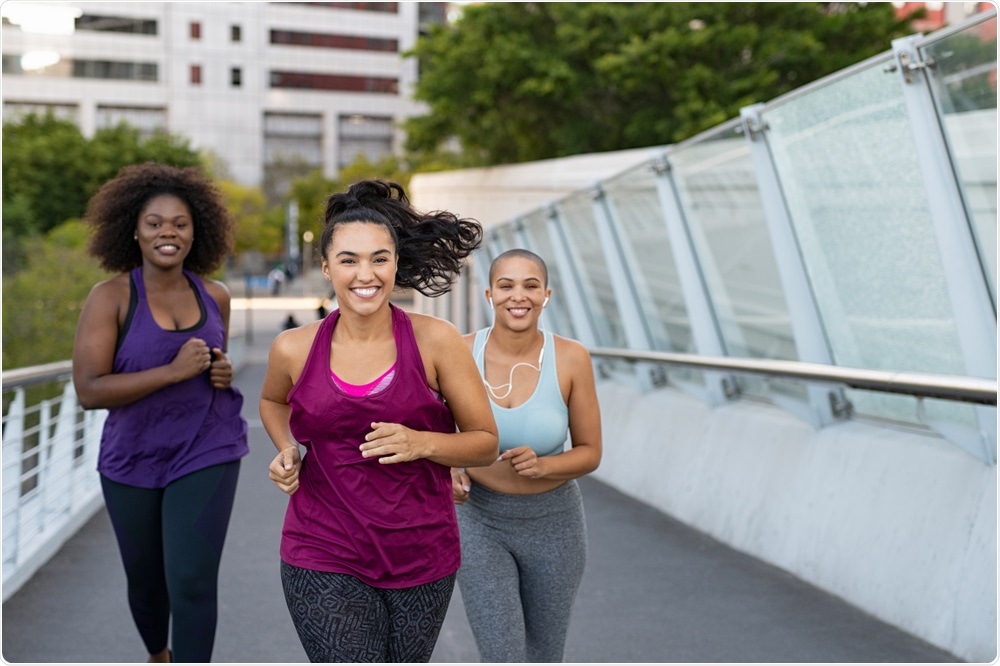 According to a new study from researchers from the Department of Medicine at the Perelman School of Medicine at the University of Pennsylvania in Philadelphia, setting goals related to physical exercise and immediately pursuing them results in lasting and more frequent physical activity.

The findings, published in the journal JAMA Cardiology, considered low-income areas that are most at risk from developing cardiovascular conditions. Indeed, many such areas lack the facilities or resources to maintain consistent physical activities due to lacking policies and support.

Moreover, individual-level changes in behavior associated with more frequent or intense physical exercise remain unclear, as decision-making can be confounded by several factors.

Lead author Mitesh Patel, MD, MBA, an associate professor of Medicine at Penn and vice president for Clinical Transformation at Ascension, describes the value of this study:

Most behavior change programs involve goal-setting, but the best way to design that process is unknown. Our clinical trial demonstrated that physical activity increased the most when patients chose their goals rather than being assigned them, and when the goals started immediately rather than starting lower and gradually increasing over time. These findings are particularly important because the patients were from lower-income neighborhoods and may face a number of challenges in achieving health goals.”

Using data from 500 patients from low-income neighborhoods across West Philadelphia as well as elsewhere inside and outside the city, participants were chosen based on whether they had cardiovascular disease or were determined to have a near-10 percent risk of developing one within a decade.

The lasting benefits of gamification and other induced behavioral strategies

A focal strategy often used in Patel’s previous work at the Penn Medicine Nudge Unit was the gamification of behavioral decision-making.

Gamification is a concept that refers to the creation of a behavioral change by turning it into a game and previous studies considered whether playing games with goals of physical activity could increase time spent playing the game compared to not playing or playing with other goals associated.

In a similar fashion as his previous work, each participant wore a step tracker in the present study to determine the daily step count through Penn’s Way to Health platform.

However, a new outcome was designed that distinguishes this study from other work, as the analysis focused on the determination of goals themselves and the timing of goal pursuit instead of simply game participation.

Participants were given one or two weeks to acclimatize to the bracelet, which also provided baseline data on individual step count. Afterward, individuals were assigned either to the control group, which didn’t have step goals, to the games attached group, or one of the gaming groups with goals.

The gamified group then went through two subsets of assignments; the first was to determine whether they chose or were assigned a step goal, and the second assignment was to decide if participants would immediately start working on the goals or if they had incremental increases towards the goal.

Results showed that the only group of participants who achieved a higher increase in activity were those who chose their own goals and started immediately.

This group had the highest increase in steps relative to the group with no goals, with on average 1,384 steps per day. Moreover, the study also measured periods of sustained, high activity, amounting to an average daily increase of 4.1 minutes over the 8-week period.

Determining and accomplishing individual goals is most effective

Individuals who select their own goals are more likely to be intrinsically motivated to follow through on them. They feel like the goal is theirs and this likely enables greater engagement.”

During the 8-week following the trial, participants also kept their trackers activated, and this period also showed that the group that chose their goals and started immediately kept up their progress in step count.

This improvement was only three steps less than during the active games, demonstrating that the group achieved nearly the exact increase as during the trial. “It is exciting to see that the group that increased their activity levels by the most steps maintained those levels during follow-up,” Patel said. “This indicates that gamification with self-chosen and immediate goals helped these patients form a new habit.”

Often, physical health programs offered through work or health insurances provide incentives for physical activity but the goals are static and based on round numbers ignoring individual goals or helping decision-making of individuals.

The findings of this study advocate that goal setting in these programs has important effects for individuals, and if programs can adjust to helping individuals set and pursue goals rapidly, then it may have great benefits to avoid the development of cardiovascular diseases.

Goal-setting is a fundamental element of almost every physical activity program, whether through a smartphone app or in a workplace wellness program. Our findings reveal a simple approach that could be used to improve the impact of these programs and the health of their patients.”

James completed his bachelor in Science studying Zoology at the University of Manchester, with his undergraduate work culminating in the study of the physiological impacts of ocean warming and hypoxia on catsharks. He then pursued a Masters in Research (MRes) in Marine Biology at the University of Plymouth focusing on the urbanization of coastlines and its consequences for biodiversity.