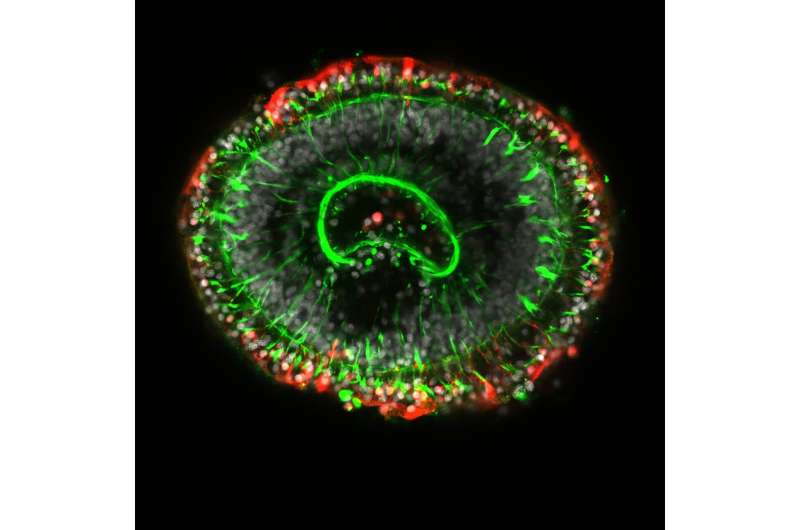 Three-banded panther worms are an incredibly impressive marine animal. Known scientifically as the acoel worm named Hofstenia miamia, these tiny animals that grow to only 500 micrometers can perform one of the greatest feats in the animal world, whole-body regeneration.

Remove Hofstenia miamia’s tail and it will grow another. Remove its head and another one, including everything from a mouth to the brain, will grow in its place. Cut the worm in three separate pieces and within eight weeks there’ll be three fully formed worms. Their power of regeneration makes them a prime research subject for scientists. Now, a team of researchers is taking the study of these worms to the next level by making them transgenic.

In a new study published November 8 in Developmental Cell researchers led by Professor Mansi Srivastava in the Department of Organismic and Evolutionary Biology at Harvard, developed a method to make transgenic panther worms to study how the regeneration process works through transgenesis.

Transgenesis is when scientists introduce something into the genome of an organism that is not normally part of that genome. “It’s a tool that biologists use to study how cells or tissues work within the body of an animal,” Srivastava said.

Srivastava and co-author Lorenzo Ricci, former postdoctoral fellow in Srivastava’s lab, injected modified DNA into embryos that have just been fertilized. That DNA and its modifications then gets incorporated in the genome of the cells as they divide. When the worm matures it will be glowing. The process takes approximately eight weeks, but the payoff is much longer because that glow will be passed along to its children and their children. 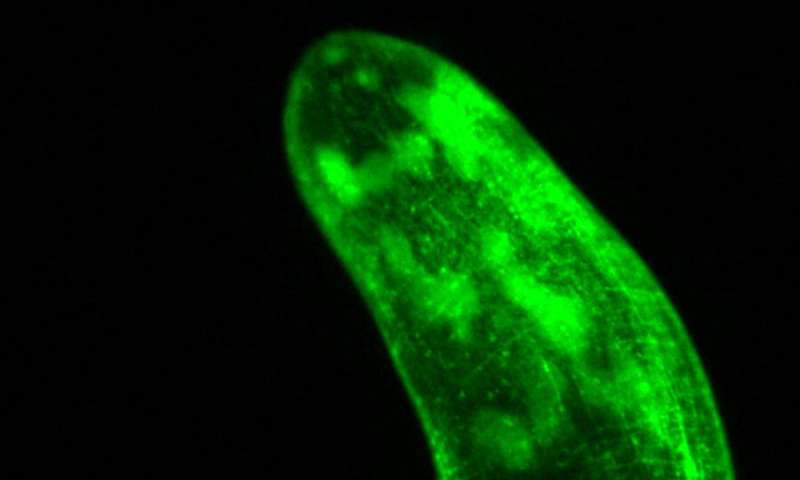 When the introduced gene becomes a protein it emits a florescent glow causing them to glow in the dark. These fluorescent proteins either glow green or red and can reveal glowing muscle cells or glowing skin cells, for example. This process allows researchers the ability to visualize with much better detail what the cells look like, where they are in the animal, and how they interact with each other. As well, researchers can add or take away specific information to the genome of the worm.

The precision of transgenesis allows researchers to study the specific mechanism of any process in an organism. With the three-banded panther worms the researchers can now do very precise manipulations such as switching of certain genes. Toggling different genes on or off may lead to the worms regeneration of a body part in the wrong place, but ultimately it can help scientists narrow down what genes are required for the worm to carry out its whole-body regeneration.

“Right away, this work gave us a window into the cellular anatomy of these worms,” Srivastava said. They discovered that the worm’s muscle cells have finger-like projections that allow them to interlock with each other as well as with finger-like extensions of skin and gut cells. The muscles connect in tight columns keeping a closely-knit grid that provides the worm structure and support. “That tells us that muscle is potentially serving as a scaffold that holds the worms’ bodies together.” 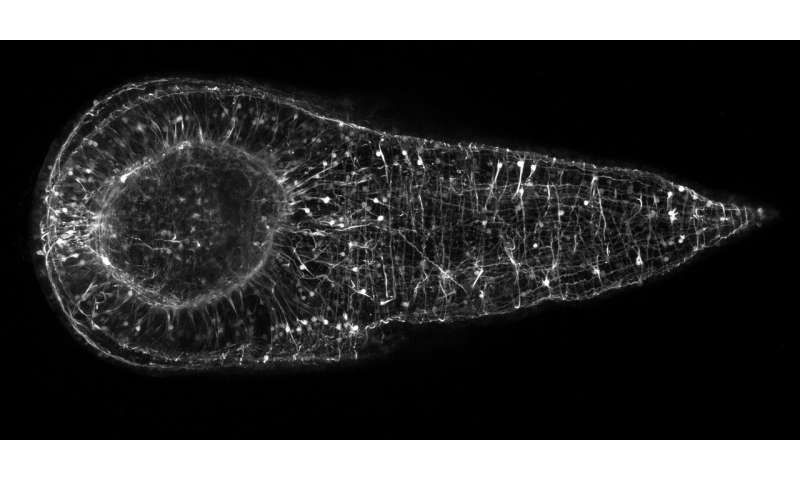 The researchers are interested in knowing next whether the muscles are doing more than just holding things together, but are also storing and communicating information on what needs to be regenerated.

Srivastava has been studying these worms for a decade since she collected 120 of them in Bermuda when she was a postdoctoral researcher at the Whitehead Institute. In 2015, she joined the Department of Organismic and Evolutionary Biology at Harvard and launched a research program focused on studying regeneration and stem cells in panther worms.

“New research organisms, such as the three-banded panther worm, hold answers to many questions that cannot be studied in species that are traditional laboratory model systems,” Srivastava said. From that first collection of worms in 2015, Srivastava has now established many resources and techniques that will allow other labs to use panther worms to study many biological questions, particularly about whole-body regeneration. In addition to this study, Srivastava and her colleagues published a comprehensive characterization of the embryos and the nervous system and uncovered a number of DNA switches that appear to control genes for whole-body regeneration in these worms. 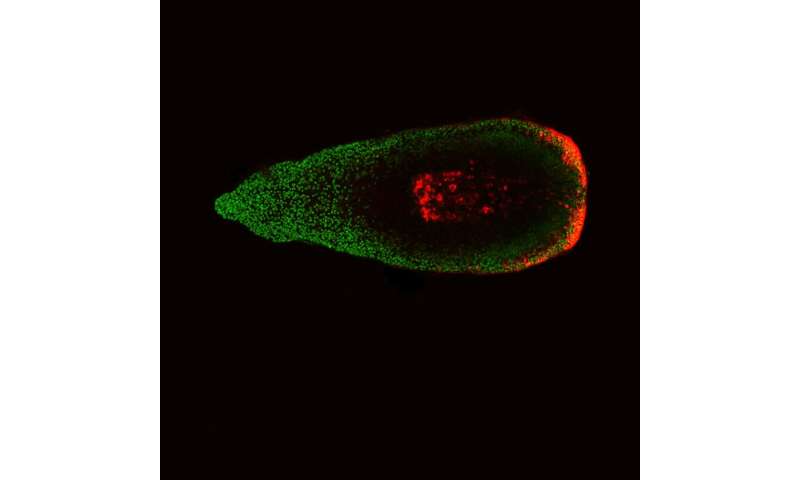 Now, with the ability to make transgenic worms, the researchers say they are most excited to study a population of stem cells critical to regeneration. The cells are called neoblasts and are believed to be pluripotent, meaning they can produce any other cell type in the animal, such as neurons, skin cells, muscle cells, or gut cells.