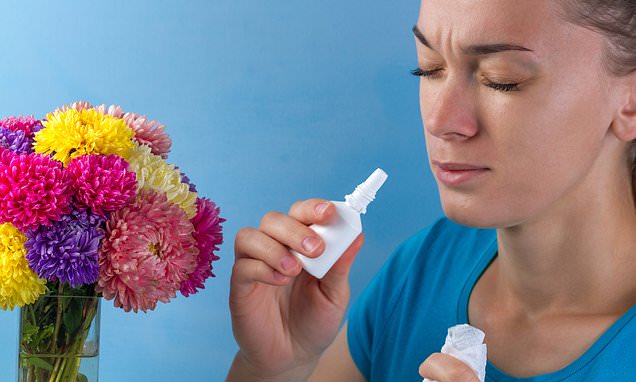 It’s a mystery that has long puzzled scientists.

But researchers now claim they understand how an anaphylactic shock can shut down the body in a matter of minutes.

This then launches a life-threatening anaphylactic response, according to the team at Duke University. 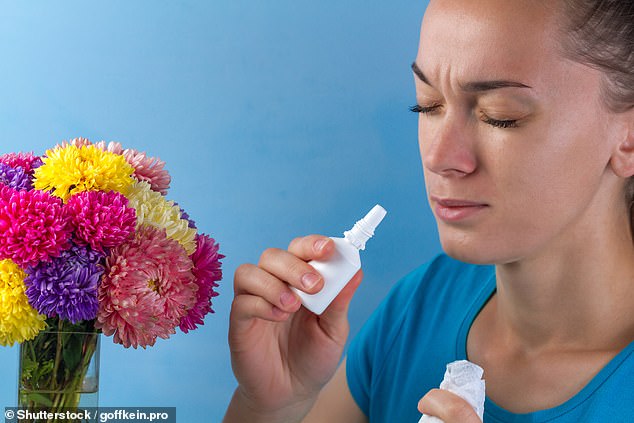 Currently, patients with potentially serious allergies are often prescribed adrenaline auto-injectors to carry at all times.

Around 250,000 people in the UK rely on auto-injectors, of which the most popular is EpiPen, manufactured by Pfizer. Figures show around 3.6 million prescriptions for EpiPens are dished out in the US each year.

For the new study, the scientists then looked at the cells under a microscope.

They found some process details about the allergen, which is then communicated to others to stimulate the release of histamine.

The researchers suppressed different immune cells in mice before injecting them with toxins that trigger anaphylaxis.

After analysing the rodents half-an-hour later, they found that mast cells, which release histamine, do not pick up on allergens alone.

But when the scientists reduced the rodents’ dendritic cells – another component of the immune system – they did not suffer anaphylaxis even when exposed to triggers.

When they looked at these dendritic cells under a microscope, they found the cells are made up of long tendrils that penetrate other cells when seeking out allergens.

And when the dendritic cells identify an allergen, they send out tiny bubbles that contain information on them to surrounding mast cells.

WHAT IS AN ANAPHYLACTIC SHOCK?

Anaphylaxis, also known as anaphylactic shock, can kill within minutes.

It is a severe and potentially life-threatening reaction to a trigger, such as an allergy.

The reaction can often be triggered by certain foods, including peanuts and shellfish.

However, some medicines, bee stings, and even latex used in condoms can also cause the life-threatening reaction.

According to the NHS, it occurs when the immune system overreacts to a trigger. It is considered a medical emergency and requires immediate treatment.

The study was published in the journal Science.

‘Dendritic cells now appear to actively distribute antigens they have acquired to surrounding immune cells even before they are internalised.’

This method quickly spreads information about the invading allergen to surrounding mast cells, which then kick off anaphylaxis by filling the bloodstream with histamine.

They add, however, studies first need to identify if the same process occurs in humans and if dendritic cells could actually be beneficial.

‘While it’s detrimental in the context of allergens, this function might be needed to fight diseases and actually be helpful,’ senior author Dr Soman Abraham said.

‘Maybe these dendritic cells are designed to detect blood-borne parasites, viruses or bacteria.

‘So we need to understand any other circumstances that activate them before contemplating shutting them down or impeding their activity.’

An allergic reaction occurs when a person’s body mistakenly identifies a harmless substance – commonly nuts, shellfish and pollen – as a dangerous toxin.

It therefore launches an immune response against the allergen, which can cause sneezing, itchy eyes and hives.

In rare, severe cases, an allergic reaction can lead to anaphylaxis, which can result in swelling of the throat, difficult breathing and even loss of consciousness.

Allergies are very common and are thought to affect more than one in four people in the UK at some point in their lives.

And in the US, food allergies alone cause around 200,000 hospitalisations a year.

SCHOOLGIRL, 15, DIED FROM A SEVERE ALLERGIC REACTION AFTER EATING FOOD FROM A ‘DIRTY TAKEAWAY DESPITE WARNING STAFF SHE COULD NOT EAT NUTS’ 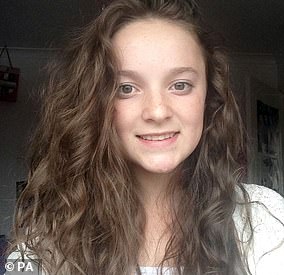 A 15-year-old girl died from a severe allergic reaction after she placed an order with an Indian takeaway that was so dirty it was infested with mouse droppings, a court heard earlier this month.

Megan Lee, who had a peanut allergy, began fighting for breath after she ate a seekh kebab, onion bhaji and peshwari nan bread, which she ordered from the Royal Spice Takeaway curry house via the app Just Eat.

She was taken to hospital but died two days later.

A jury heard although the food she ate did not ordinarily contain nuts, all were found to have traces of nut and the kitchen it was prepared in was branded a ‘hazard to public health.’

Investigators carried out hygiene tests at the Royal Spice in Oswaldtwistle, Lancashire, and found dirty and stained kitchen appliances, as well as staff who were untrained in how to deal with food that could spark allergic reactions.

Samples were taken and results confirmed a ‘widespread presence’ of peanut proteins.

The takeaway was subsequently shut down.

Mohammed Abdul Kuddus, 40, who owned the takeaway, and delivery driver Harun Rashid, 39, who used to own the business, faced charges of manslaughter over Megan’s death on New Year’s Day 2017.

Manchester Crown Court heard the youngster, from Accrington, who was due to sit her mock GCSEs, was diagnosed with a nut allergy when she was eight.