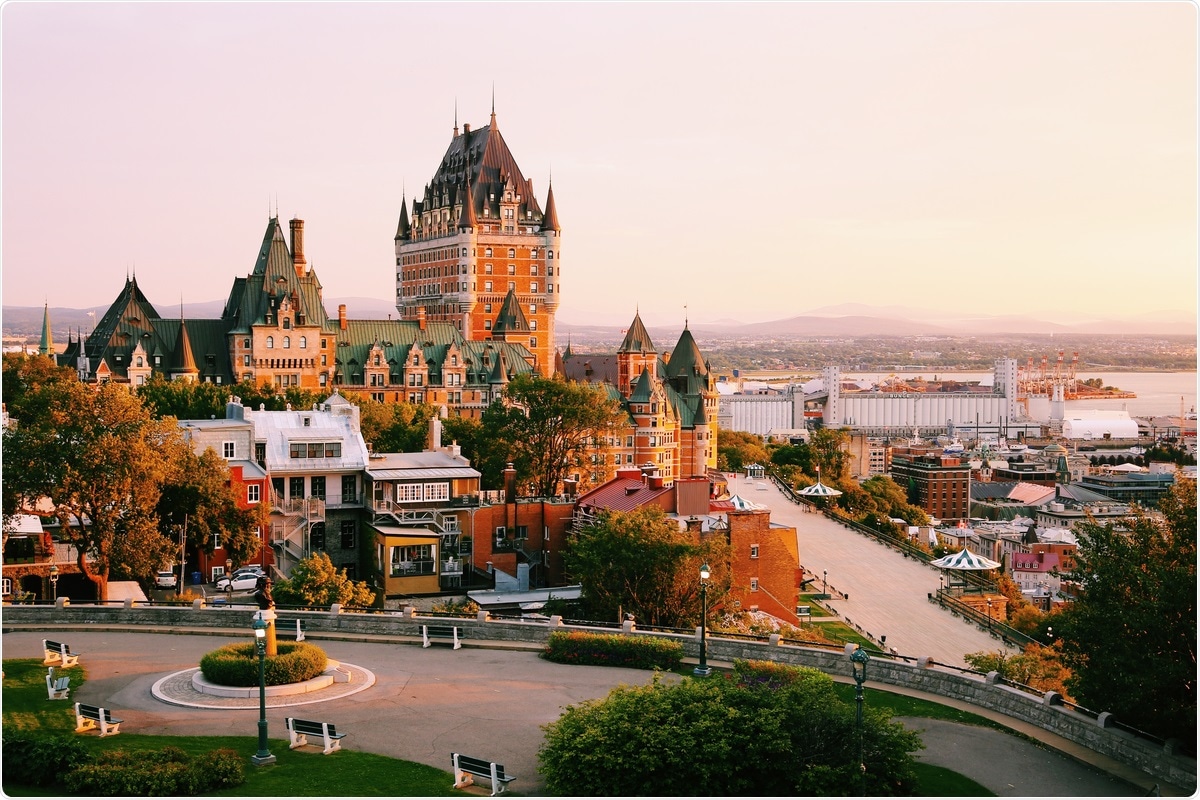 While mass vaccination schemes have begun to bring the disease under control, many countries still struggle with the logistics of vaccination, and dangerous new variants of concern continue to emerge. Given the continued threat of the disease, it remains important to understand how outbreaks emerge and the pattern of the virus when it enters a new environment. In a study published in Genome Medicine, researchers from McGill University have been investigating the number of introduction events in Quebec.

The researchers selected nasopharyngeal swabs positive for COVID-19 from the Public Health Laboratory of Quebec from the start of the pandemic until June 1st, 2020. In total, they sequenced nearly 3000 severe acute respiratory syndrome coronavirus 2 (SARS-CoV-2) genomes. Any samples shown to be positive through PCR tests targeting the E and N genes were randomly selected and sequenced. RNA samples were processed in 96 well format. Water and extraction buffer blanks were used as the negative control, while commercially available RNA/cDNA/viral culture were used as positive controls.

The researchers built both raw and time-scaled phylogenomic trees to explore the relationships between the genomes. Introduction events into Quebec were determined using a discrete character ancestral state reconstruction to infer non-Quebec and Quebec nodes in the time tree. Among the set of nodes identified, the scientists looked for the most basal and discarded all nodes that were descendants of other nodes in their set. The parents of the remaining nodes are the non-Quebec nodes of transition – where the introduction event took place. While this likely underestimated the number of introductions, most methods of determining these events will be somewhat inaccurate.

The identified candidates were then cross-checked with travel history data. In the case of a polytomy with multiple basal Quebec sequences, the shortest branch length was chosen. To determine changes in the viral effective population size and deviation from a standard neutral model, the researchers calculated Tajima’s D by randomly sampling 20 consensus sequences every two weeks between February 20, 2020, and June 10, 2020.

In total, these genome sequences cover 5.7% of reported cases. Until April 1, the mean age of cases was approximately 50 years old, after which it rose to 75 – indicating the spread of the virus in care facilities. Quebec suffered greatly from COVID-19 outbreaks in care facilities, with over 500 reporting at least one case.

Most introductions of COVID-19 to Quebec were from travelers who had entered Europe. While a quarantine was put in place in March, over 1500 infected travelers had already returned. Not all carried unique strains or strains that had not already been introduced and not all spread from the traveler.

A total of 615 independent introduction events were discovered. Evidence showed a rising viral population up until restriction measures were introduced, with the spread of each independent lineage lagging slightly behind Europe. Many of the introductions in Quebec occurred following spring break – a popular holiday time for both families and university students, especially to and from the USA, which lagged behind other countries in introducing control measures and struggled with rising case numbers.

While previous studies had discovered cryptic introductions before the first official cases were recorded, none were seen in this study. However, most cryptic introductions have been discovered in Asia or Europe, so this is not necessarily contradictory. The most successful lineages were normally the ones that arrived earliest – they spread the most widely and gave rise to the most new lineages. Other countries have seen similar results, with eight introductions in the U.K. giving rise to lineages that accounted for ~25% of cases.

The researchers highlight the early spring break as a key factor in the spread of the disease in Quebec – unlike the rest of Canada, Quebec holidaymakers returned before the quarantine was effected. This resulted in rapid transmission and a much larger first wave than in the rest of Canada. The information the scientists have examined here could be invaluable for public health policymakers and help to plan future restrictions to help curb the spread of the disease in the future.

Sam completed his MSci in Genetics at the University of Nottingham in 2019, fuelled initially by an interest in genetic ageing. As part of his degree, he also investigated the role of rnh genes in originless replication in archaea.