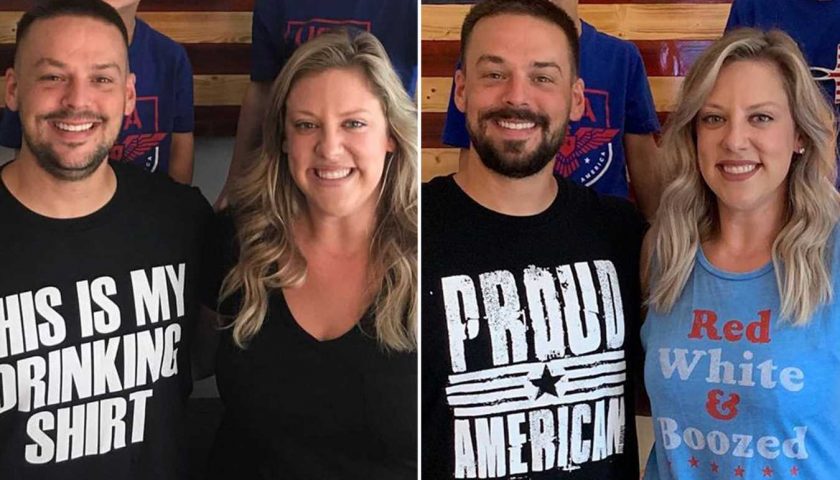 Talk about a keto success story — after just over a year on the high-fat, low-carb diet, Briana and Ryan Culberson (aka the daughter and son-in-law of Real Housewives of Orange County’s Vicki Gunvalson) have lost a combined 107 lbs., and they’re showing off their body changes.

To celebrate the Fourth of July and keep track of their progress, Ryan posted two photos — one of the family on the holiday in 2018, and the other from this year.

“Happy 4th of July from my family to yours!” he wrote on Instagram. “Swipe right and see the difference a year on keto has made, down 107 between the two of us!”

The couple started following the keto diet in June 2018 after feeling frustrated with their bodies. Briana, 32, also had another goal in mind — she has lupus, an incurable autoimmune disease, and complications from the disease had put her in the hospital two months earlier.

Gunvalson, 57, said at the time that her daughter was dealing with problems “every other week,” and that her “immune system is very low.”

But since starting keto, Briana’s health has “greatly improved” she said in January.

“The face on the left is of an average American diet, never felt good, having constant lupus flares, and on and off steroids for almost a year,” she wrote on Ryan’s Instagram page. “The face on the right is strict keto, steroid free, and lupus flare free! I’ve lost 45 lbs. on keto so far but most importantly my health has greatly improved!”

Along with following the keto diet, the Culbersons also use intermittent fasting to lose weight. Briana explained on Saturday that they started doing it four months into their keto journey.

The mom of two also explained, after getting questions from commenters, that they have coffee with heavy cream in the morning, and they occasionally do cheat days, but only “maybe once a month.”

The keto diet has plenty of celebrity fans, from Kourtney Kardashian to Jenna Jameson to Al Roker, who have all had major success. But there are also several critics, including trainer Jillian Michaels and doctor of integrative medicine Andrew Weil.

Weil told PEOPLE in June that he does not think that cutting out carbohydrates is a good long-term weight loss strategy.

“[It’s] an abnormal state; it’s a starvation state” he said. “You’re eliminating carbohydrates — it’s not a good idea to cut out a whole macronutrient. I think there’s a risk of getting serious deficiencies.”