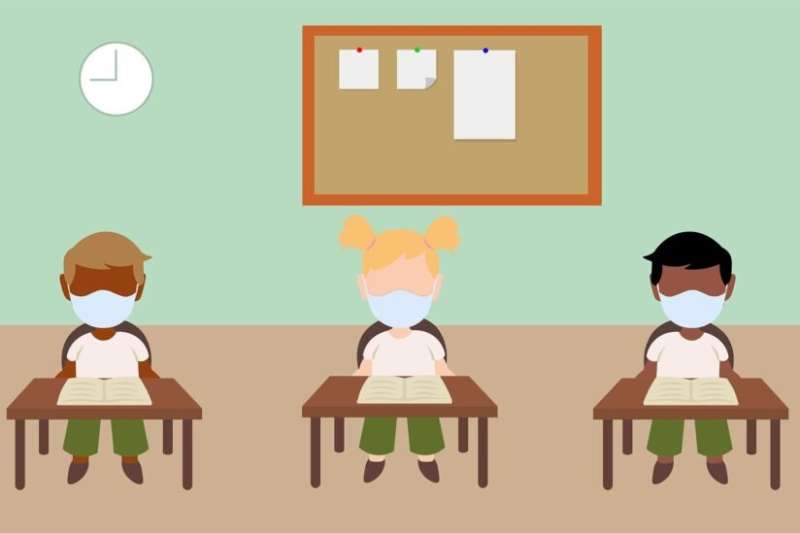 Last year, the U.S. government purchased 150 million BinaxNOW rapid antigen COVID-19 tests and began distributing them. One of the goals was to safely reopen schools. However, little data was available on how well these tests performed, especially among asymptomatic school-age children.

A new USC study addresses that knowledge gap. The tests show promise for schools, especially if they use serial testing, such as twice a week.

“Serial testing is critical because one-time antigen tests might not identify asymptomatic children at or shortly after the onset of infection,” said Neeraj Sood, who directs the COVID Initiative at the USC Schaeffer Center for Health Policy and Economics. “But serial testing will likely identify these children as they subsequently develop high viral loads and become infectious a few days later.”

“Viral load” is an estimate of the amount of virus in a person’s body. In COVID-19, the amount of virus starts off small, builds up to a peak and tapers off during recovery, remaining at a low level even when the person is no longer contagious. The higher the viral load, the more likely the patient may infect others. Viral loads can be estimated by PCR tests, which take several hours to provide results, but not by rapid antigen tests, which give results in 15 minutes.

The study was published Monday in PLOS ONE.

To see how well the inexpensive, easy-to-use tests might work as a screening tool for schools, Sood and his colleagues launched their study at a walk-up testing site in Los Angeles County during the winter surge of COVID cases.

Children arriving at the testing site with their parents were given the opportunity to be tested for COVID twice—once with a rapid antigen test and once with the “gold standard” PCR test, to confirm the results of the rapid test. Overall, 774 children ages 5 to 17 years old took both tests.

The study found that the rapid antigen tests have very low false positive rates but a moderately high false negative rate. In other words, the tests rarely identified someone as positive who was not but did occasionally identify someone as negative who in fact had COVID.

“The good news is that the false negative rate is low in kids likely to be infectious, as measured by viral load,” said Sood, a professor of health policy, preventive medicine and business at the USC Schaeffer Center and the vice dean of research at the USC Price School of Public Policy. “Serial rapid testing may help compensate for missing the virus in the earliest stage of infection. If you’re testing these kids every four days or every five days, then there’s a good chance that you will catch them when they’re infectious.”

Among asymptomatic children who had COVID, as measured by the PCR test, the rapid antigen test identified about 50% of COVID-19 cases. The reason the rapid antigen test failed to identify many COVID-19 cases in children was because the majority of children tested had low viral loads as measured by Ct values—the number of times one needs to amplify the test sample to detect the genetic material of the virus.