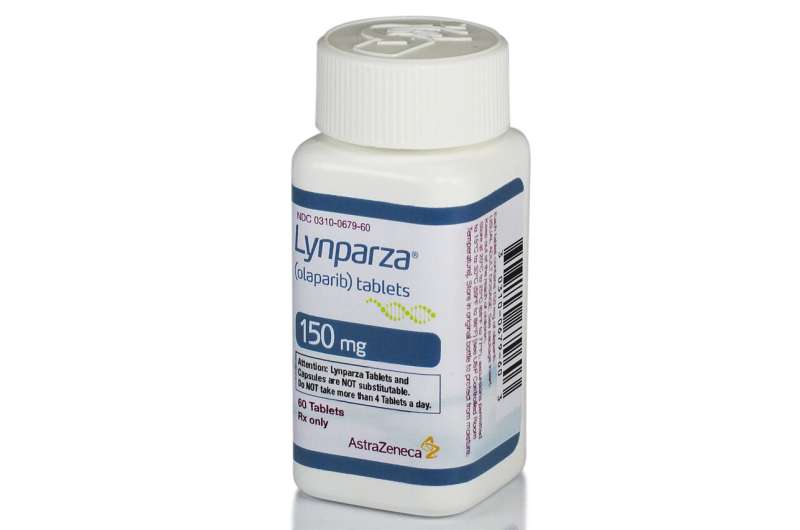 A pill has been shown to help keep certain early-stage, hard-to-treat breast cancers at bay after initial treatment in findings being reported early because they are so promising.

Study results were released Thursday by the American Society of Clinical Oncology ahead of its annual meeting and published in the New England Journal of Medicine.

The pill, called Lynparza, was found to help breast cancer patients with harmful mutations live longer without disease after their cancers had been treated with standard surgery and chemotherapy.

It was studied in patients with mutations in genes known as BRCA1 and BRCA2 that can predispose people to breast cancer if they don’t work properly, but who did not have a gene flaw that can be targeted by the drug Herceptin.

Most patients in the study also had tumors that were not fueled by the hormones estrogen or progesterone. Cancers not fueled by these two hormones or by the gene Herceptin targets are called “triple negative.” They are especially hard to treat.

The new study tested Lynparza in 1,836 women and men with early-stage disease who were given the drug or placebo pills for one year after surgery and chemotherapy. About 82% of patients in the study had triple-negative breast cancer.

Independent monitors advised releasing the results after seeing clear benefit from Lynparza. After three years, 86% of patients on it were alive without their cancer recurring compared to 77% in the placebo group.

The results suggest more patients should get their tumors tested for BRCA mutations to help guide treatment decisions, said ASCO president Dr. Lori Pierce, a cancer radiation specialist at the University of Michigan.

Serious side effects were not more common with the drug. Other side effects included anemia, fatigue and blood cell count abnormalities.

Lynparza, which is marketed by AstraZeneca and Merck, is already sold in the United States and elsewhere for treating breast cancers that have widely spread and for treating certain cancers of the ovaries, prostate and pancreas. It costs roughly $14,000 per month, though what patients pay out of pocket varies depending on income, insurance and other factors.