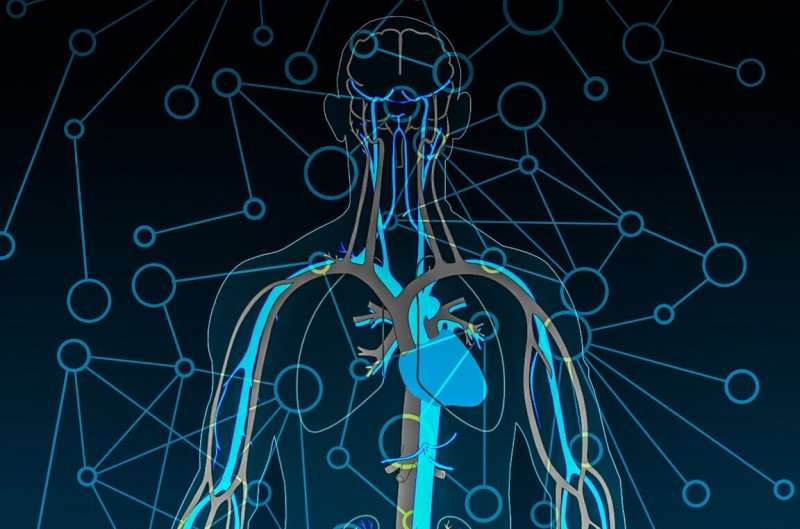 Individuals with diabetes display a substantially increased risk of disease in left-sided heart valves compared to controls without diabetes, a comprehensive register study at the University of Gothenburg shows. The statistical analyses also indicate that valvular heart disease can be prevented by lowering blood pressure and reducing other risk factors even more than current treatment targets.

Four heart valves serve to make the blood go in the right direction. Since the pressure is highest on the left side of the heart, valve disease most often affects these two valves. This may have two effects: The valves lose their suppleness and may no longer close or open sufficiently, and regurgitation (leakage) occurs, impairing the heart’s pumping capacity. Valve (valvular) disease can cause many problems, such as labored breathing, fatigue, dizziness, and at worst heart failure.

Other research, on animal models, has shown that diabetes may exacerbate hardening of valves in the heart and in the rings attaching the valves to the heart. At population level, this study shows for the first time how distinct the connection is between diabetes and the increased risk of valve disease.

Both individuals with type 1 and type 2 diabetes are at a higher risk of developing it and, for the latter, the risk of calcification in the aortic valve (aortic stenosis) is 1.62 times higher than for controls without diabetes.

On the other hand, a relatively low risk of regurgitation was found in people with type 2 diabetes. However, although this finding may be interpreted as a protective effect, the researchers say it is presumably not positive.

“The lower risk of primary regurgitation, or leakage, in type 2 diabetes is also caused by the presumed process of hardening and calcification that’s started by, for instance, high blood pressure, impaired blood-sugar metabolism, and factors linked to obesity. As we age, the hardening process in the heart occurs in all of us—even in individuals without diabetes—but we assume that diabetes accelerates it,” says Aidin Rawshani, the study’s lead author, who is a researcher at the University of Gothenburg’s Sahlgrenska Academy and doctor at Sahlgrenska University Hospital.

The study is based on register data concerning just over 3.4 million people in Sweden, followed up over 20 years. The results are published in the scientific journal Circulation.

The study identifies blood sugar, blood pressure, blood lipids, obesity, and kidney function as specific factors affecting risks of left-sided heart-valve disease. The statistical analysis shows that it might be beneficial if more of the traditional risk factors were reduced even further, compared with current healthcare guidelines. However, the finding is purely statistical, as the researchers behind the study emphasize.

“Our results suggest that heart-valve disease risk could be reduced if the recommended treatment targets were lowered. But this finding must be interpreted with caution since it’s no more than a statistical association so far. Clinical trials are needed to verify that the effect is genuinely as beneficial as the statistics suggest,” Rawshani says.

The study also showed that diabetics whose blood sugar, blood pressure, blood fats (lipids), body mass index (BMI), and kidney function (estimated glomerular filtration rate, eGFR) were within the therapeutic target range had a persistently high risk of hardening in left-sided valves, while their regurgitation risk of suction was markedly low, compared with controls. Various sensitivity analyses yielded more findings of interest, such as the markedly elevated risk of degenerative left-sided valve disease among people with diabetes. This supports the hypothesis that it is a degenerative process in the valve ring that contributes to the lower risk of valve regurgitation observed in diabetics.