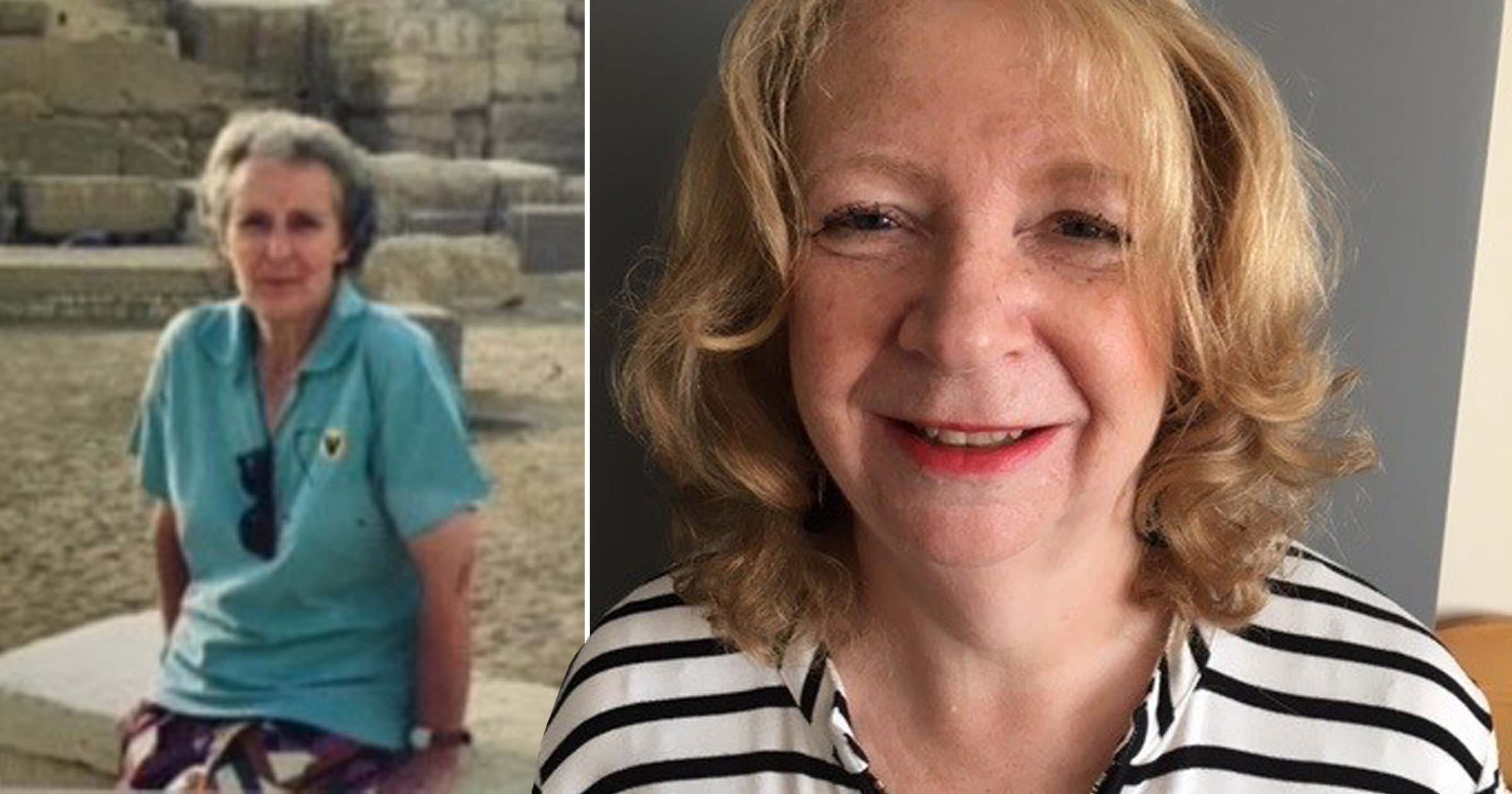 In 2012, Susan Bruce started noticing her 78-year-old mother behaving in an unusual way.

At the time, 54-year-old Susan was working full-time for the Department for Work and Pensions and her mum, Marjory, was living with her in Leeds – following the death of her father.

Marjory had always been a switched on and empathetic individual throughout her life, previously working as a nurse before marrying Susan’s father, Bruce.

‘Mum enjoyed listening to people and hearing their stories, which undoubtedly helped her when comforting the many patients she would interact with. She was known as a loving and loved member of the community,’ Susan, originally from Perth, tells Metro.co.uk.

So when her mum started acting ‘out of sorts’ at home, this was a red flag.

‘I once found a chicken breast in the back of a drawer and I increasingly noticed other irregular occurrences,’ Susan, now 64, explains.

‘I remember thinking that the symptoms being shown resembled those of dementia, but I didn’t want to raise the issue with her at the time.’

But in 2012, problems relating to Marjory’s health started to arise as she suffered from a stroke (the first of three to come) and she was also diagnosed with vascular dementia.

As a result, Susan was forced to work part-time, in order to care for her mum.

She adds: ‘My sister’s demanding job made it difficult for her to alleviate much of my caring responsibilities. Instead, when I was at work and my mum was alone in the house, our neighbour visited to sit, chat, and keep her company.’

Susan also applied for help from the dementia care system. However, this led to her spending the majority of her day arranging support appointments.

She continues: ‘I found that, although the help may have been available, I still ended up having to fight for the help mum needed.

‘In hindsight, I realised that help was available but none of the agencies were joined up and there was no central point of care.

‘I found the advocacy that comes with caring for someone with dementia one of the biggest challenges. This process often felt like a wild goose chase to obtain answers and understand what help was available.

‘Throughout this time, I kept thinking about how I would have dealt with this situation if I was an elderly woman in her eighties. I strongly believe that I would not have managed if this was the case.’

However, being a dementia carer came with numerous other difficulties, challenges and strains.

‘By 2014 – two years after the diagnosis – the situation had really taken a hold of me. I was heartbroken, worn down and frustrated,’ Susan explains.

‘I did all the caring duties, such as cooking and cleaning, alongside working full time. My mum – usually an even-tempered and caring woman – was becoming impatient and angry. These drastic changes in her personality made me feel like I was caring for a stranger, not the mum I knew.

‘The role reversal was really upsetting for me, and the changes in personality and behaviour meant that I had no relationship with my mum.

‘I had two days a week to myself (when my sister cared for mum) but I stopped going out to enjoy myself and lost my drive due to constant fatigue.’

This eventually had a detrimental effect on Susan’s health.

‘The difficulty of this time culminated with me having stroke in 2014,’ she adds.

‘The hospital staff decided to keep me under supervision for longer, as they understood that my caring responsibilities could negatively impact my recovery.

‘When mum became ill at the end of 2014, I made the difficult decision to find a care home for her.’

Susan describes her overall experience of securing support for a loved one with dementia as ‘an uphill battle’ and says her frustrations lie with ‘nagivating a difficult support system’.

A system she thinks needs to change dramatically – to give dementia patients and carers the support they need.

Especially as 26% people in England provide some degree of support for someone living with Alzheimer’s, or another form of dementia, according to recent survey funded by Roche Products.

She adds: ‘I feel that having to fight on someone else’s behalf and the advocacy is one of the biggest challenges dementia carers face. I believe the system needs a total rewrite.’

The system needs a total rewrite

Susan urges anyone who thinks a loved one may have dementia to keep fighting to get a diagnosis and the support they need.

This is especially important considering that one in 10 are unlikely to go to the doctor if they are worried about having Alzheimer’s – according to the same study.

Susan adds: ‘I would say to anyone going through a similar experience to keep asking questions, don’t accept the first answer you get. If something is not right, say it.

‘I would also urge that if you spot symptoms in family or friends, don’t let it go on. Do go and speak to your GP.

‘I believe that there has certainly been more awareness raising since my experiences, but there is a long, long way to go.’