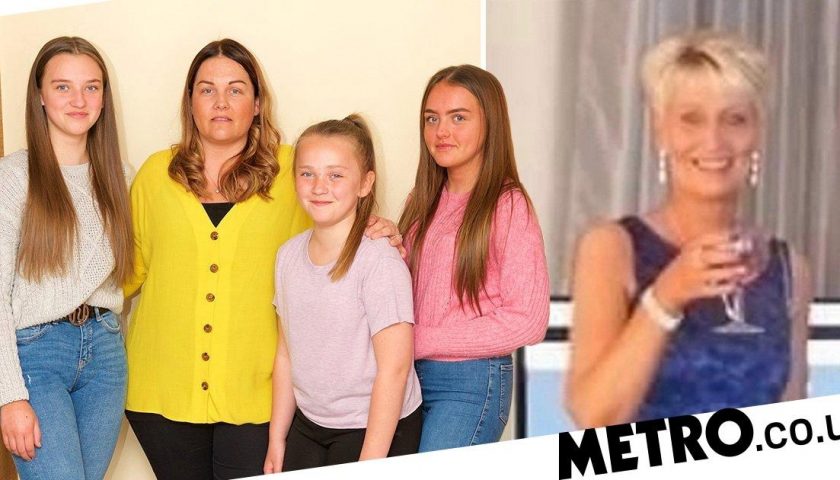 Tara Huck, in 2016, took the decision that more and more women are currently taking to reduce their risk of breast cancer – she had a preventative double mastectomy.

She was offered the surgery after two members of her family died from breast cancer; her mum, Julie Cragg, aged 56, and her aunt, at just 28.

Tara’s grandmother Majorie Smith was also diagnosed with the cancer in her fifties, leading doctors to believe that Tara may have a high chance of contracting it herself in later life.

Although neither Tara or her mum, aunt, and grandmother had tested positive for the faulty BRCA1 and BRCA2 genes (which have become more well-known after actress Angelina Jolie tested positive for BRCA1), it was believed that there was an unknown hereditary gene that was responsible for the high rates of breast cancer through the generations.

The 34-year-old mum-of-three chose to undergo the preventative double mastectomy after her own mother was diagnosed in 2015.

Tara, who runs a nursery, says: ‘It was a no-brainer, I knew it was the right thing to do’.

After undergoing the mastectomy and reconstructive surgery afterwards, however, Tara was dealt a cruel hand that could affect her daughters.

The way that screening currently works is that women are only offered this at age 50, unless certain risk factors are acknowledged.

These risk factors include the faulty BRCA genes, a faulty TP53 gene, or two first degree relatives (for example, a mother, sister or daughter) with a diagnosis under the age of 40.

Because the gene in Tara’s family is unidentified, her daughters Emily, 15, Katie, 14, and Molly, 11, are not able to be tested, and will not be offered preventative mastectomies.

Also, because Tara – from Poulton-le-Fylde, Lancashire – has had the surgery and reduced her risk of breast cancer significantly, he daughters are now also considered low risk.

As a result of these factors, the girls will miss out yearly breast screening from the age of 30, MRI scans to check their breasts up to the age of 50 and, if required, preventative mastectomies.

She is now begging the NHS to offer SNP (single nucleotide polymorphisms) testing for those with a familial history of the condition.

This test can refine the risk level for those who don’t test positive for a faulty BRCA or TP53 genes but who still have a family history of breast cancer. Nationwide SNP testing was tabled by the government, but plans were delayed, with no official date confirming when they might be introduced nationwide.

For Tara, she says, ‘It would ease the huge concern of the unknown that I have for my girls’ future which makes me feel sick inside.’

They directed Metro.co.uk to their guidelines on genetic testing, which offer best practice to healthcare professionals.

The testing for genetic mutations that may cause breast cancer focuses primarily on BRCA1, BRCA2, and TP53, which are – although well-known – somewhat rare (2% of inherited breast cancers are due to the faulty BRCA genes that most tests can spot).

That leaves Tara and her family with little to no recourse when it comes to taking preventative measures for their health.