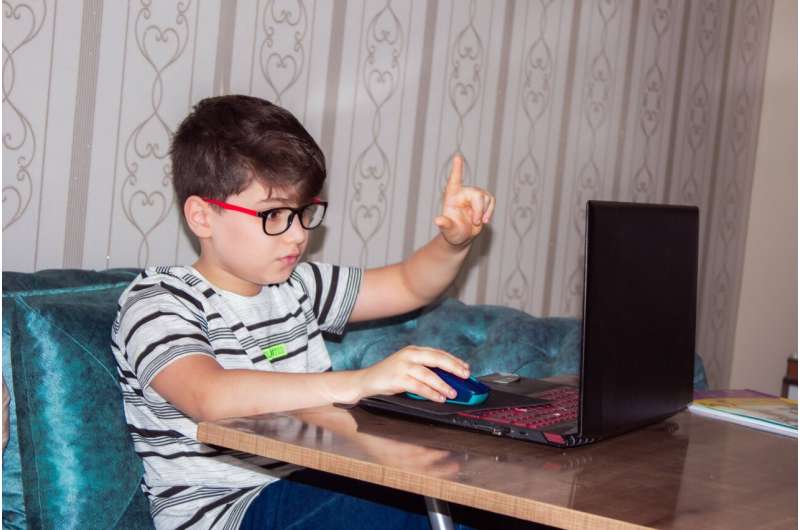 A new study explored whether adherence to American Academy of Pediatrics guidelines for diet and physical activity had any relationship with toddlers’ ability to remember, plan, pay attention, shift between tasks and regulate their own thoughts and behavior, a suite of skills known as executive function.

Reported in The Journal of Pediatrics, the study found that 24-month-old children who spent less than 60 minutes looking at screens each day and those who engaged in daily physical activity had better executive function than those who didn’t meet the guidelines.

“Executive function underlies your ability to engage in goal-directed behaviors,” said University of Illinois Urbana-Champaign kinesiology and community health professor Naiman Khan, who led the study with graduate student Arden McMath and food science and human nutrition professor Sharon Donovan. “It includes abilities such as inhibitory control, which allows you to regulate your thoughts, emotions and behavior; working memory, by which you are able to hold information in mind long enough to accomplish a task; and cognitive flexibility, the adeptness with which you switch your attention between tasks or competing demands.”

“We wanted to test the hypothesis that healthy weight status and adherence to the AAP guidelines for diet and physical activity would extend to greater executive function in 24-month-old children,” McMath said.

Through its Bright Futures initiative, the AAP recommends that children spend less than 60 minutes looking at screens each day, engage in at least 60 minutes of physical activity, consume five or more servings of fruits and vegetables and minimize or eliminate the consumption of sugar-sweetened beverages.

“We focused on an earlier period in child development to see whether and how early in life these relationships begin,” she said.

The families of the 356 toddlers in the new research are participants in the STRONG KIDS 2 cohort study at the U. of I., a long-term look at the interdependent factors that predict dietary habits and weight trajectories of children who are followed from birth to 5 years old. The study uses parental surveys and data on the children collected at eight time points over the five years, including when the children are 24 months old.

“The surveys asked parents to report on several aspects of their child’s daily habits, including how much time they looked at screens, how physically active they were, whether they had at least five servings of fruits and vegetables and whether they refrained from drinking sugar-sweetened beverages,” McMath said.

The parents also responded to a standard survey designed to measure executive function in toddlers. These questions asked them to evaluate their child’s ability to plan and organize their thoughts, regulate their emotional responses, inhibit impulses, remember information and shift attention between tasks.

The team used a structural equation modeling technique to assess the direct and indirect relationships between adherence to the AAP guidelines and executive function in the toddlers.

“We found that toddlers who engaged in less than 60 minutes of screen time per day had significantly greater ability to actively control their own cognition than those who spent more time staring at phones, tablets, televisions and computers,” McMath said. “They had greater inhibitory control, working memory and overall executive function.”

Toddlers who got daily physical activity also did significantly better on tests of working memory than those who didn’t, the researchers found.