Phenazopyridine is an over-the-counter drug used to treat the pain and irritation of a urinary tract infection. It shouldn’t be used for more than two days without a doctor’s permission. Even using the drug for just three days can be problematic – as one paraplegic 62-year-old recently experienced.

The man visited health specialists with “deep ulcers” on his scrotum after taking eight phenazopyridine tablets over three days.

He told doctors that before the ulcers he noticed his scrotum and lower limbs turned “bluish”.

The blue areas of skin then started to blister and this blistering turned into skin ulcers (breaks in the skin that are slow to heal and may bleed or ooze).

According to the case report, published in the Journal of Infection and Chemotherapy, the man was given several tests to see if his symptoms were signs of disease rather than side effects of the UTI pills. 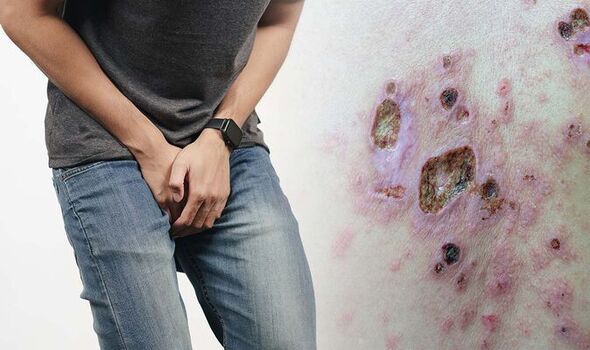 But the specialists found “no pathologic findings”, meaning that the severe skin reactions were “not related to other complications” that can cause these symptoms, including renal [kidney] dysfunction, and anaemia.

Phenazopyridine works by acting as a local anaesthetic to cells surrounding the urinary tract, although it’s not known how.

The reaction that the 62-year-old had to the drug is an uncommon one.

But other more “common complications” may occur, such as orange urine, and problems with your digestive system.

Another rare complication of the drug includes hemolytic anaemia – a blood condition that occurs when blood cells are destroyed faster than they are replaced.

It can also cause methemoglobinemia, which is when the red blood cells struggle to carry oxygen around the body, as well as kidney failure.

How to take phenazopyridine safely

Mayo Clinic states: “This medicine is best taken with food or after eating a meal or a snack to lessen stomach upset.

“Do not use any leftover medicine for future urinary tract problems without first checking with your doctor. “

You should also consume as much as is recommended on the label or what your doctor recommends. This may be different depending on the patient. 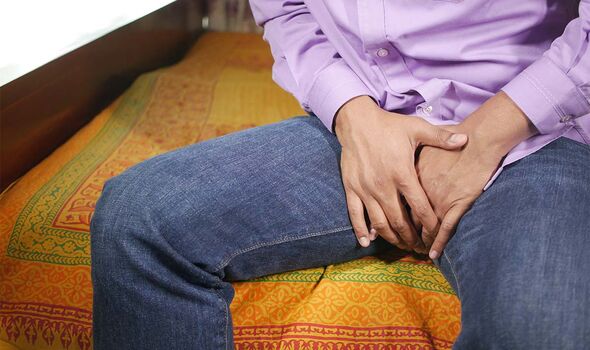 Mayo Clinic added: “If your dose is different, do not change it unless your doctor tells you to do so.”

Typically, adults only need to take it three times a day if it is the standard 200-milligram dose.

Any missed dose should be taken as soon as possible.

Other treatments for UTIs

Paracetamol is another safe drug to use for UTIs. The NHS recommends taking it up to four times a day to reduce the pain. 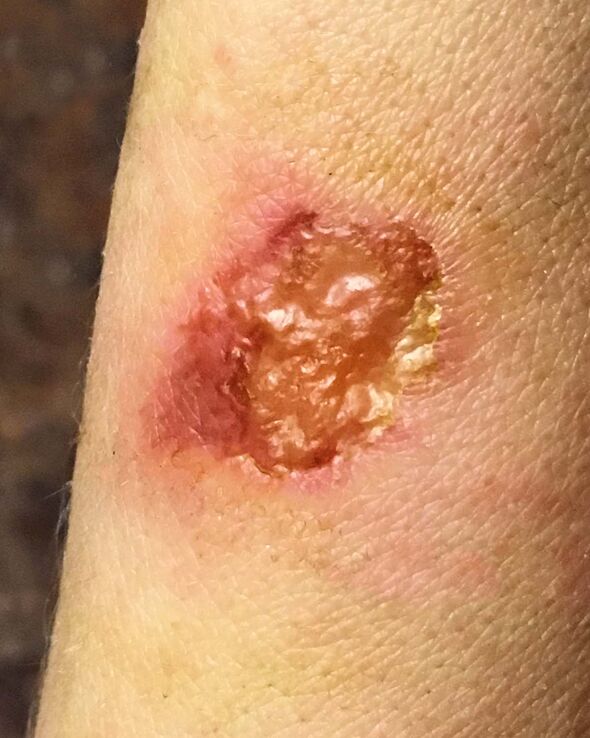 The health body also recommends if you have a UTI:

If ever you’re in doubt about how to treat a UTI, you can speak to your pharmacist. They will offer advice, and suggest painkillers, and GP appointments if necessary.

Some pharmacies may even prescribe antibiotics if they are needed. That’s if they offer a UTI management service.