Kim Kardashian and Pete Davidson are longer an item, but they definitely got freaky when they were together. Take it from Kardashian herself, who shared a funny anecdote about a “creepy” sex thing she and Davidson did when they were dating in a recent episode of Hulu’s The Kardashians — while talking to her grandmother, no less!

In the episode, the reality TV star of Keeping Up With the Kardashians fame told her grandma, Mary Jo Shannon, a.k.a. MJ, about one time she and Davidson were hooking up.

In Kim’s defense, we’re big fans of keeping (and crossing things off) a sexual bucket list around these parts. And to her credit, MJ was completely unfazed at hearing about her granddaughter’s sex life. “Not in the lobby?” she clapped back.

“Not in the lobby!” Kardashian replied. “But how creepy, to think about your grandma before you have sex.”

Again, MJ didn’t seem to think it was that creepy, reminding her granddaughter that she, too, was “young once.” 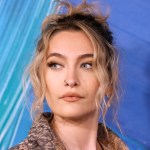 This is hardly the first time Kardashian has spoken publicly about getting it on with Davidson. Although she is no longer dating the Saturday Night Live star, Kardashian has said she was attracted to him because of his storied “BDE,” or Big Dick Energy. (Remember when Ariana Grande referenced Davidson’s BDE in her “thank u, next” music video? Because I’m still thinking about it.) In fact, it was what prompted her to give him her number in the first place.

“I was just basically DTF,” she recalled in a previous Kardashians episode.

She also confirmed that she was having “the best sex” of her life with Davidson.

Alas, their chemistry in bed wasn’t enough to keep their budding romance afloat. The couple called it quits after nine months due to their demanding schedules and long-distance relationship, a source close to the family told E! News in August. Kardashian reportedly wasn’t a huge fan of their 13-year age gap, either. It’s easy to see why she found it difficult to relate: She is 41 and has four children with her ex-husband, rapper Kanye West, while Davidson is 28 and has never been married.

Before you go, check out the 69 sex positions we think you should put on your own bucket list: