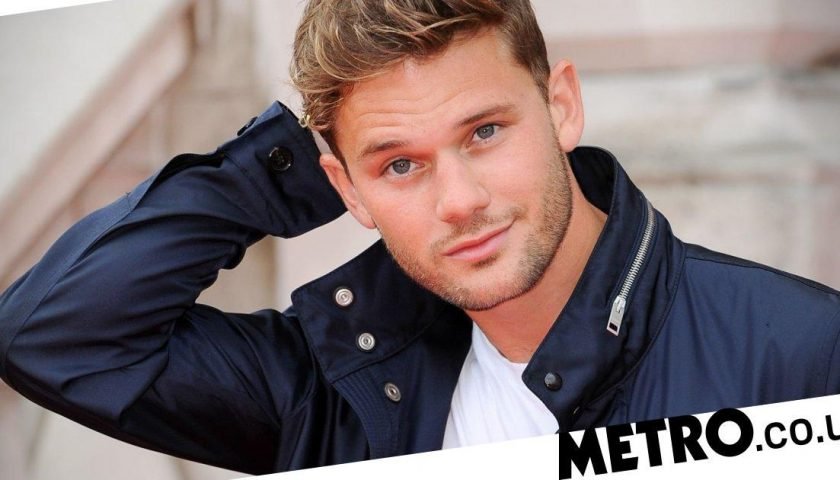 On MenTal(k) Health we speak to men about various aspects of their own health, the physical, mental, sexual or emotional.

Men don’t always speak about their concerns when it comes to their health and it is time to open up the dialogue.

This week is Diabetes Awareness Week and to mark it we spoke to actor Jeremy Irvine.

Jeremy has starred in numerous productions from War Horse to The Woman In Black, and has earned his reputation as a method actor for undergoing two months without food for a role, and performing his own torture scenes.

More recently, he was a contestant on SAS: Who Dares Wins in April.

But what you might not know about Jeremy is that he also has Type 1 Diabetes.

He told Metro.co.uk: ‘I found out I had diabetes when I was six years old.

‘I think at that age you just get on with things and don’t question it too much.

‘The technology I use now to treat my type 1 diabetes (the Dexcom G6 Continuous Glucose Monitoring (CGM) System) is amazing compared to back then, it feels close to not having diabetes at all.

‘It was much more worrying for my parents when I was a child. I’m only really realising now what an enormous stress it is on parents who have children living with diabetes.’

According to Diabetes UK, there still is less understanding about what causes Type 1 diabetes. This type of diabetes has nothing to do with lifestyle or diet.

Type 1 diabetes attacks the cells in the pancreas that make insulin, so you can’t make insulin at all – an essential hormone that allows the glucose in the blood to enter cells and fuel the body.

Without this, once the body breaks down the food and drink and turns it into glucose, the glucose just builds up in the bloodstream and is not distributed to the body’s cells.

Type 2 diabetes is a condition that causes the level of sugar in the blood to become too high due to the pancreas not being able to produce insulin sufficiently.

It is often linked to being overweight or inactive, or having a family member with a history of type 2 diabetes.

As an actor, Jeremy is always active and when it came to being diabetic, he tells Metro.co.uk that ‘there are worse things’ that people can go through.

He said: ‘I’ve always had the opinion that everyone has something to deal with and there are worse things than being diabetic.

‘Being in the career I’m in, never having two days be the same is what I love about my job, but it does make things more complicated when it comes to my diabetes management.

‘I just have to work a little harder and make sure I’m on form when it counts.’

Just because he has diabetes, Jeremy says he doesn’t eat or train any differently to anyone else and working hard to manage his diabetes is paramount.

He said: ‘Fitness always helps but with blood sugar control it’s a big part of it, whether you’re diabetic or not. I don’t like the stigma that diabetics are fat or unfit, it’s just not the case.

‘Type 1 diabetes is an invisible condition and can often be hard for people to understand.

‘I don’t eat or train any differently than anyone else would. I’m currently filming on a job where I’m in the gym training six days a week and sometimes twice a day.

‘It can be frustrating when you want to train and your blood sugar is low which means you have to stop or you’re feeling a bit rough, but I’ve never let that stop me.

‘I usually take 20 minutes and then I try and get back on with it. You might not feel great, but just because you’re diabetic doesn’t mean you can’t train as hard as anyone else, sometimes you just have to train a bit harder.’

The training had a positive impact on his mental health, and Jeremy is doing everything he can to make sure he’s in the best possible shape for his job.

‘I think there’s a lot of stigma left over from when there wasn’t as much education and awareness around the condition.

‘Nowadays, with things like continuous glucose monitoring technology and great tech like the Dexcom G6 system and insulin pumps, I can check my glucose levels on my phone and haven’t had to do a proper injection for about 10 years.

‘The problem is that not all of the latest treatments, like CGM devices, are readily available to everyone on the NHS – which they really should be!

‘CGM technology has been completely life changing for me and we need to spread awareness and educate the masses on the benefits of investing in life-changing diabetes tech.’

MenTal(k) Health is a weekly series that speaks to men who have a lot to say on a range of health issues from mental and physical health to fitness, sexual health and emotional intelligence.

If you know someone who might be great to speak to, please email: [email protected] or connect on twitter @AlexReads__.

Last week’s MenTal(k) Health was with founder of Fika, Nick Barrett who discussed suicide, and why it was important for men to have friends and listen more.

Keep a look out for next week’s feature of MenTal(k) Health.