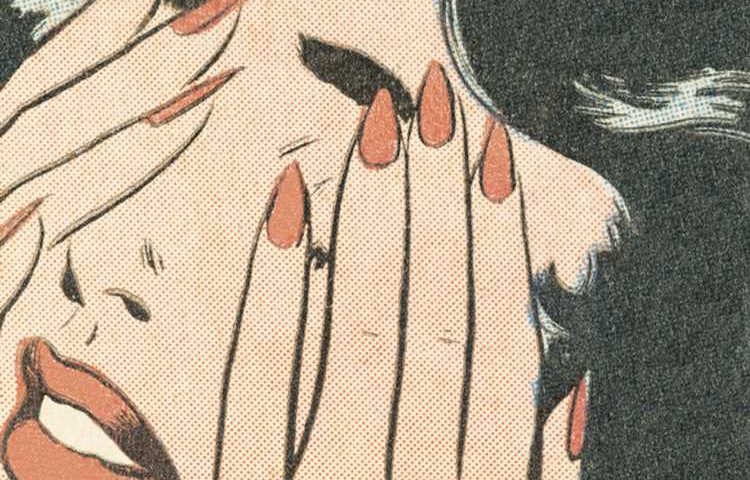 They had already exchanged 21 WhatsApp messages that weekend, but it was the double ping she received en route to their Sunday dinner date that made 27-year-old Chloe’s adrenaline surge. “I’m so sorry to do this…” her friend Karen wrote, before bailing for the third time that month. Furious, Chloe stewed: her shoulders clenched, she wrote a passive-aggressive retort never to be sent, then realised that she’d also been lumbered with cancelling the reservation. Far from ending the weekend rested, she felt hopeless, mind-frazzled and shit.

This shit has a name – emotional exhaustion – and it’s a real phenomenon.

“We’re talking about the first stage of burnout, brought on when you’re constantly exposed to stressful situations and, rather than deal with them effectively, you ignore them and let the stress fester,” says Dr Amelia Nagoski, feminist academic and co-author of Burnout: The Secret to Solving the Stress Cycle.

“Emotions are based in the body, so emotional exhaustion becomes a kind of physical exhaustion when you don’t complete the cycle from stress response to relaxation. For example, your muscles tense up without the release that’s supposed to follow.”

Because fatigue from feelings is deemed less important than the kind you feel after running a half-marathon, you likely ignore it. Or, worse still, blame yourself for not handling so called #FirstWorldProblems. Instead of resting, you power on, with bottled-up stress draining your energy like Google Maps tracking in the background. As for the consequences? The list of conditions that can be traced back to exhaustion – both the mental (anxiety and depression) and the physical (raised blood pressure and migraines) – is extensive. Which makes you question, what would happen if you followed the memes and … actually gave fewer fucks?

Both your gender and the time you’re living through suggest that if emotional exhaustion has a target, it’s going to be you. As well as the stress that comes from being permanently plugged in, certain professions are notorious emotional leeches (high pressure industries, such as financial trading, plus ‘giver’ roles like those in medicine, social care and teaching), and women are disproportionately represented in both paid and unpaid care work. In her 2017 book, Down Girl: The Logic of Misogyny, Kate Manne, assistant professor of philosophy at Cornell University, describes a society of two groups: the human beings, then the human givers, whose role is to offer time, attention and affection to the beings. No prizes for guessing which one most women fit into.

“There is a social expectation for women to be happy, calm, generous, attentive givers,” says Nagoski. “It isn’t that women’s personalities are burning out faster than men’s; being a woman is more stressful than being a man because society makes it so.”

So, how do you put emotional exhaustion to bed before it beds you? The first step, according to Nagoski, is to take it back to what happens physiologically when a stress-trigger strikes. She cites the fight or flight response. Imagine, for a moment, you’re confronted with a lion. Neurological and hormonal activity pushes blood and oxygen into your muscles, your heart pounds faster. But when you flee, you’re putting all that cortisol to good use, or “completing the stress cycle”. Now imagine the lion is a short-notice unit inspection by your landlord. “If you never talk about an emotion, never think about it, stuff it away … then your muscles still have tension that never got released. And it adds up: day after day, year after year,” Nagoski warns. “You have to do something that signals to your body that you’re safe, or else you’ll stay in that state.”

While exercise is the gold standard for stress elimination, anything that allows your body to return to a state of relaxation works, from a night of dancing to an impromptu game of ‘my boss is a bigger dick than yours’ with your closest mates.

While sweating off your frustration might do wonders for your heart rate, such tactics can’t future-proof you against future fuck-giving. So what can? In a word: boundaries.

“A boundary is any decision that governs your behaviour,” explains psychotherapist Jennie Miller. “When you set clear boundaries, everyone knows where they stand and where you draw the line.”

What does setting them look like IRL? It’s about getting slippers-and-PJs comfy with the word ‘no’. When friend-frazzled Chloe realised Karen’s flakiness was messing with her energy, her take on ‘no’ meant screening Karen’s calls.

“For me, boundary-setting means not instantly replying to her on WhatsApp or taking her late-night phone calls where she offloads all her dating dramas and doesn’t even ask how I am,” she explains. “I now arrange for us to do something like a barre class, instead of dinner. If she bails, I’m happy doing that solo; but usually it means quality time spent on more equal terms. For once, I’m giving more fucks about myself than someone else, and it feels great.”

Ready to lose a few fucks, too? Miller suggests starting with scenarios where you’re not emotionally invested – turning down an up sell in a cafe or rejecting the job opportunity that you know is wrong for you – to build your confidence for those times when you are. Think: opting out of a dinner with your crew where you know you’ll drop $100 and feel guilty about it. If it seems unkind, know that bottled-up resentment is as legit a health concern as a scratchy throat. They’re your fucks, now use them wisely.