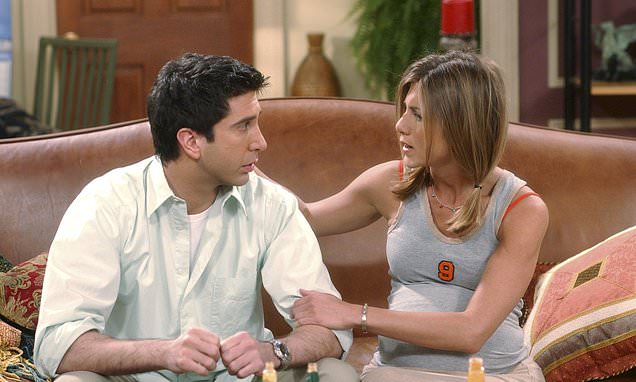 Having sex will NOT start labour early: Researchers debunk commonly-held belief of pregnant women hoping to trigger a birth

Having sex will not start labour, according to researchers who combed through the evidence to debunk the commonly-held belief.

The old wives’ tale claims intercourse can trigger a birth in pregnant women at full term – around the 37-week mark.

Even Ross and Rachel’s doctor in hit TV series Friends recommended sex to speed up labour because Rachel was overdue.

It’s thought if the women orgasms, it will help trigger contractions. While semen is said to contain chemicals similar to those in drugs given to induce labour.

But, until now, there was little scientific proof on whether sex truly works. Italian scientists pooled the available evidence – and at last put the claim to bed. 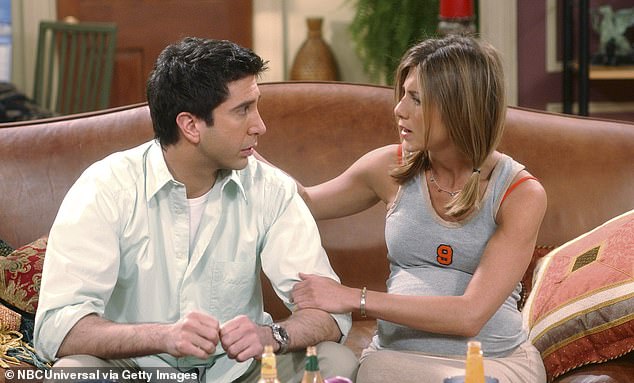 Having sex will not start labour, according to researchers, going against the advice of Ross and Rachel’s doctor in Friends when Rachel wanted to speed up her labour

The team, led by Luigi Carbone at the University of Naples, said the theory has been circulating since around the 1970s.

‘There are many physiological explanations for this assumption,’ they wrote.

‘Semen is rich in prostaglandins E and F2α (in lower dosages), which are those used for induction of labor.

There is also evidence that, a few hours after sex, the concentration of lipids called prostaglandins, which control processes such as blood flow and the induction of labour, rise in the cervical mucus of pregnant women.

The team collected all the relevant trials on the technique published before June 2019.

There were only three that were of high enough quality to include in their analysis, suggesting the topic hasn’t been studied robustly.

Overall, 1,500 women each pregnant with one child were included in the studies, according to the paper published in The Journal of Sexual Medicine.

Two of the studies asked Malaysian women at full term to have sex as many times as possible, while the control group were neither encouraged nor discouraged.

Women in the third trial, from Portugal, were asked to have sex at least two times a week after full-term, or to avoid it completely.

According to the findings, there was no correlation between having sex and having a spontaneous labour or an artificial induction.

Women who were randomly put in the intercourse group had a similar incidence of spontaneous labour, compared with the no-sex group.

There didn’t seem to be any negative effects of sex, however, so the researchers said intercourse needn’t be restricted.

They wrote: ‘Further studies are needed to properly evaluate the impact of orgasm, penetration, condom use, frequency of intercourse and other factors on induction of labour at term.’

A limitation of all three studies is that the data is self-reported and no researchers checked how often the women were having sex.

The results are not only in stark contrast to the myth, but some small studies.

One study suggested sex reduces the need for a medical induction, while a singular Cochrane review, on only 28 women, did not draw any conclusions.

Despite the sex claim lacking proof, the researchers did note that nipple stimulation has been found to work.

Six trials, covering 719 women, found a minimum of one hour of nipple play for three days increased the number of women going into labour.

Because of the release of the ‘cuddle hormone’ oxytocin, nipple stimulation reportedly softens and widens the cervix, a natural process during labour called ripening.

The NHS say there are ‘no proven ways of starting your labour yourself at home’, and that herbal supplements, sex, acupuncture, hot baths and castor oil have no scientific support.

One in five labours are induced – medically started – in the UK.

It could be because the baby is weeks overdue, or for medical reasons such as if the mother has high blood pressure.

Induction is offered to all women who don’t go into labour naturally by 42 weeks because there’s a higher risk of stillbirth or problems for the baby.

The NHS says: ‘Having sex won’t cause harm, but you should avoid having sex if your waters have broken as there’s an increased risk of infection.’

WHAT MYTHS ARE THERE AROUND FERTILITY?

Researchers at The Brazilian Federation of Gynecology and Obstetrics Associations Committee on Endocrine Gynecology looked into the following theories for boosting chances of pregnancy:

1. Women are more fertile as they get older – MYTH

Although a woman may feel healthy in her 40s, her fertility will not be in the same condition it was in her 30s, the Brazilian researchers said.

They said the evidence of age hampering fertility is not unanimous. But data shows that aged between 25 and 27 attempting to get pregnant across 12 cycles have a success rate of around 80 per cent.

In contrast, the figure is closer to the 50 per cent mark for those aged between 40 and 45.

2. Men are less fertile as they age – TRUE

The effect of a man’s age on reproduction is less clear, the researchers said – scientists are trying to get to the bottom of the topic.

However, the Brazilian team said there are ‘clear indications’ that older fathers have sperm of a lower quality. That’s on the back of two 2018 studies, one of which was led by the University of Campinas, published in Fertility and Sterility.

Studies have indicated men under the age of 25 are most fertile and, among these men, 95 per cent of their sperm has no DNA damage – a figure which falls to 80 per cent by the age of 35.

This was highlighted in a comprehensive review by the Center for Reproductive Medicine in Cleveland, Ohio, published in the journal Reproductive Biology and Endocrinology in 2015.

The authors said, although not impossible, chances of conception are very low outside the ‘fertility window’.

They said the best chance of pregnancy is six days before ovulation day, according to a 2002 study by National Institute of Environmental Health Sciences. Ovulation day falls two weeks before a bleed.

The team said having sex in the hope of getting pregnant even a day beyond that day is futile.

Lubricants may boost the bedroom antics – but they do nothing for the ability of sperm to swim, the researchers said.

‘Multiple lubricants have been shown in multiple studies to adversely affect sperm motility at a variety of concentrations,’ the authors said.

Sperm start to swim slower after 15 minutes of exposure to lubricants, a 1996 study by researchers at University of Texas Southwestern Medical Center at Dallas showed, the findings published in a now discontinued journal.

Bizarrely, mustard oil seems to work well as a lubricant, as when sperm is exposed to it, it stays hyperactive and its ability to swim isn’t reduced.

That’s according to a State University of New York Upstate Medical University study in 2014, published in Fertility and Stertility.

The Brazilian researchers added that findings such as these suggest that canola, baby or mustard oil should be the preferred choice of lube because they don’t appear to ‘significantly affect sperm motility’.

5. Sex closer to ovulation will conceive a boy – MYTH

A popular belief the Brazilian team often hear is that the gender of a baby is dependent on when it was made during the woman’s cycle.

But the Brazilian team argue that there is limited and controversial evidence to support this.

They said: ‘There is a small number of studies, most of them performed more than 15 years ago, in small groups of patients, and showing contradictory results.’

A woman may stock up on products deemed ‘fertility boosting’ for the best chance of conceiving.

But the Brazilian team said there isn’t enough evidence to support that diets – vegetarian, low-fat, or supported with herbal supplements, for example – will help.

Even among the most studied nutrients, vitamin D and folic acid, there isn’t enough robust science, the team said.

However, folic acid is important for the development of a healthy baby, and women who are trying to conceive should take it for that reason, the NHS say.

Male’s sperm can be damaged by obesity and poor lifestyle choices, mounting evidence is showing.

Consuming too much alcohol, caffeine, red meat and processed meat, sugar and total dairy products can slash the chances of pregnancy, the authors said, noting studies including one published in the Journal of Endocrinology by The University of Adelaide in 2017.

On the other hand, regular consumption of fish and seafood, poultry, cereals, vegetables and fruits, and low-fat dairy products can improve semen, shown in a group of studies.

Smoking is unhealthy in general, which could impact fertility, according to science.

In women, there is evidence that smoking decreases chances of pregnancy and increases miscarriage rates and an earlier onset of menopause.

For men, smoking could damage semen quality to DNA level, according to several studies including a 2018 study by the University of Hassan II Casablanca, published in Andrologia.