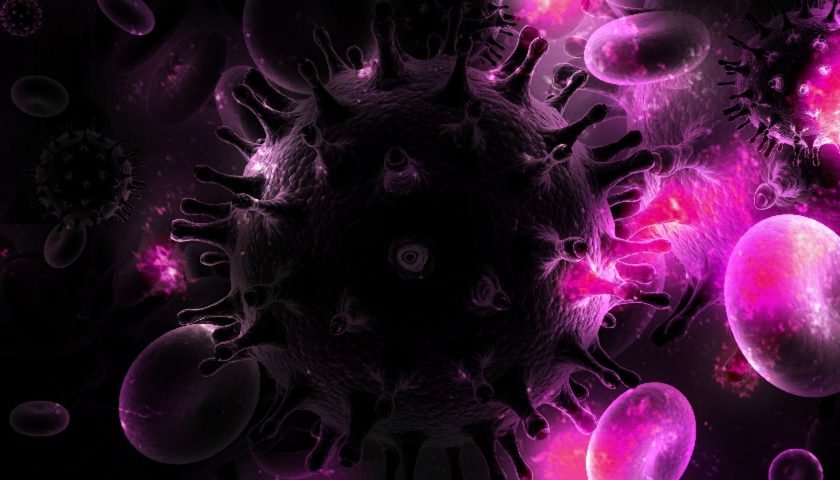 Of the 40 million people around the world infected with HIV, less than one per cent have immune systems strong enough to suppress the virus for extended periods of time. These special immune systems are known as “elite controllers.” But how do they actually fight HIV? Canadian scientists think they’ve found an important clue.

Working in collaboration with a team from the Centre de Recherche du Centre Hospitalier de l’Université de Montréal (CRCHUM), researchers at the Laboratory of Antiviral Immunity of Université du Québec à Trois-Rivières (UQTR) have found that genetic mutations affecting the capsid, the structure surrounding the HIV genome, make it possible for a protein called TRIM5α to trigger the immune system of elite controllers.

This discovery, recently published in PLOS Pathogens, sheds light on the role that TRIM5α plays in the human body. In elite controllers, the protein sets off a mechanism that protects against HIV-1, the type of HIV responsible for the global pandemic. “In most infected individuals, TRIM5α’s triggering ability is so weak that it has no effect on the virus, but in elite controllers, TRIM5α seems to play a role in naturally inhibiting HIV-1,” said lead author Natacha Mérindol, a postdoctoral researcher at the UQTR lab.

There is no vaccine or cure for HIV-1. That’s why it’s important to understand why the virus is naturally inhibited in elite controllers, said Mérindol, who works under the direction of UQTR medical biology professor Lionel Berthoux, head of the lab, and Dr.Cécile Tremblay, a professor at Université de Montréal’s Faculty of Medicine and a clinical researcher at CRCHUM.

Different from the vast majority

Elite controllers are HIV-infected people whose immune system performs better at fighting HIV-1 than in the vast majority of HIV patients. They are infected with the virus, but the infection is much weaker than usual. “They have very strong immune systems that can control the infection – it’s as if they were receiving treatment, even when they aren’t,” said Mérindol.

“Our HIV-positive patients played an essential role in making this research possible and we would like to thank them for their incredible generosity and availability,” said Tremblay, a microbiologist and infectious disease specialist at the CHUM. “It’s an important study that could advance research on HIV vaccines.”

“Thanks to the dedicated patients and researchers from different universities, we were able to learn more and advance the fight against HIV,” added Mohamed El-Far, a fellow researcher at CRCHUM.

Studies had previously suggested that TRIM5α helps protect against HIV-1, prompting the researchers to analyze the virus found in many elite-controller patients who are part of the Canadian Cohort of HIV+ Slow Progressors, a group administered by the Fonds de Recherche du Québec – Santé’s AIDS and Infectious Disease Network (FRQS-SIDA/MI). The researchers compared blood samples of patients from two cohorts (elite controllers and normal progressors) who weren’t undergoing retroviral treatment.

“Our goal was to examine a specific part of the virus: the capsid – it’s the ‘virus coat,’ which determines sensitivity to TRIM5α,” explained Berthoux, who directed the study. The capsid’s role is to protect the virus’s ribonucleic acid (RNA), which holds its genetic information, but the body’s immune system attacks it through a variety of mechanisms.

Those attacks lead to mutations that help them escape some of the immune mechanisms involved. The research team observed that the capsid’s gene carries a high number of mutations, but that these mutations made HIV-1 sensitive to TRIM5α activity, leading the team to wonder about the effects of a TRIM5α attack on the capsid in elite controllers.

They found that, in these patients, the interaction between TRIM5α and the capsid triggers an antiviral state that reduces cellular sensitivity to HIV-1. The signal sent by TRIM5α is strong enough for the cell to become resistant in this subset of the patient population, whereas TRIM5α’s signal is not as effective in normal patients.