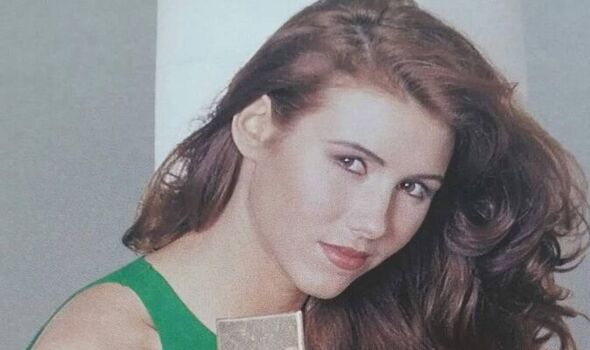 When Lisa Stirling reached 46, her own menopause left her crushed by suicidal thoughts and she finally understood what her mother had been through.

Normally an outgoing and bubbly personality, mother-of-four Lisa became a near recluse refusing to leave the house and facing feelings of utter worthlessness.

She had a safe word ‘peaches’ which if texted to one of her two best friends would warn them she was close to harming herself.

Her husband and children were so concerned for her safety they ‘wouldn’t let me out of their sight’ as the change left her ‘not in control of my own thoughts’.

She sought treatment with menopause expert Dr Louise Newson and says the HRT she prescribed saved her life.

Lisa, now 50, from Barnt Green, Birmingham, said surviving the menopause had also brought her peace as the anger she felt at her mother had turned to understanding.

Lisa told how her 46th birthday brought back vivid memories of her mother’s death.

She said: “There was for a while lots of upset and sadness because I was now suddenly the same age as mum when she died.

“I started feeling really weird. My husband suggested it was because I was thinking of my mum, we have four children and she had missed out seeing her family grow up.

“But I started getting worse, I couldn’t sleep at night and I actually thought that I was having a nervous breakdown, to the point I had to have a safe word with two of my best friends.

“The safe word was peaches, and if I was ever to text them that it meant that I actually felt that bad that I wanted to do something.

“It happened on a couple of occasions where I was driving on a motorway and I actually thought you know what, I could just put my foot down now and go into the back of a lorry. I don’t care.

“That’s how bad I felt. I just couldn’t see a way out. I thought my family would all be better off without me and I just totally switched off from life altogether.

“I wouldn’t go out, I became agoraphobic. My husband would go out with the children for dinner and I would stay at home.

“At Christmas in 2018, I did not want to be here. My husband and my kids would not let me out of their sight. I just could not trust myself. I actually felt I had no control over my thoughts. It was a very, very dark place

“I was talking to one of my neighbours in the garden and I just started bawling my eyes out and I told her I just didn’t want to be here.

“She instantly told me she thought I was starting the menopause. I said: ‘But I’m only 46 you don’t go through that until you’re in your 50s.’ I did feel a stigma, I thought I couldn’t be menopausal because I thought ‘I’m not old’.

“My neighbour recommended I go and see Dr Louise Newson who is an expert on the menopause which I did.

“I made an appointment and sat in her office for a good 45 minutes crying my eyes out.

“I believed I was going crazy and she told me: ‘No, you’re going through the menopause. It was really hard to take in.

“She got me to fill in a questionnaire about how I felt and she said: ‘Lisa your scores are so low I’m really concerned about you. I had a blood test which confirmed it and she started me on HRT straight away.

“Probably about three months later I started to feel as if I actually had a purpose again. HRT basically saved my life. Without it I just don’t think I would be here.

“It got me thinking then about my mum and I remember her going through something almost identical in the final months of her life.”

Lisa told how in 1995 when she was 24 and working as a young model with her life and career before her, she found her mother Sylvia Southall dead at her home in Olton Birmingham.

She said: “They knew even less about the menopause then than they do today. She went to her doctor with typical symptoms, sleepless nights, hot sweats, feelings of despondency.

“Her doctor told her she was depressed and put her on Lithium, which is a powerful anti-depressant. It was terrible, she was misdiagnosed and went downhill from there.’

Lisa said Sylvia fought her feelings for 12 months: “Mum went back to the doctors and told them, ‘There is something wrong with me, the tablets are not doing anything, there has to be something else wrong with me.’

“She told them she could not sleep she was having hot sweats at night. She had gained a little bit of weight. But the doctor kept saying it was depression.

“She was going through exactly what a lot of women go through but she didn’t get the help she needed. She was put on drugs but they were the wrong ones.”

Lisa added: ”On the day that it happened, I had seen her the night before and she said some really weird things to me, including if I could look after my brother and sister at Christmas because she said: “I might go away.”

“The next morning mum didn’t get up. She was always up at the crack of dawn. Rain shine, always up.

“I went to her bedroom and that’s when I found her. She had taken an overdose. It was the worst time of my life and for all of us.

“I had to call the police. My auntie at one point had to say to me, ‘Lisa sit down’. I was walking around making tea for everybody as if nothing had happened. I was in shock obviously.

“I was still modelling and I was commuting between London and Birmingham. Once that happened my career was basically over. I couldn’t function it was so difficult, we were all devastated.

“All the family at her funeral were saying, ‘Well maybe it was an accident? Maybe she didn’t mean to do it?

“I went along with that because I did not want to upset my uncles. But at the time I thought nobody takes that many drugs by accident, she meant to do it.

“At the time I had a lot of anger at her. Thinking, ‘How could she do this? Why would she do it, this doesn’t make sense?

“She had been suffering for a good 12 months when she decided to do this.

“It wasn’t until I went through this myself. It was then that the penny dropped. I thought, “Oh my God, this is what it was like for her.

“She just couldn’t take any more. She felt what was the point. No point. She felt helpless and like so many women she was mis-diagnosed.

“Once I was angry with my mum but at least now I understand what she was going through.

“What I worry about now is that there are so many women who haven’t been diagnosed or women who are told they don’t need HRT, they’re fine.

“I don’t think the medical establishment are taking this issue anywhere near as seriously as they should be.

“I would like to see better training for doctors and nurses so they are better able to identify and properly treat women at the first moment they present themselves.”