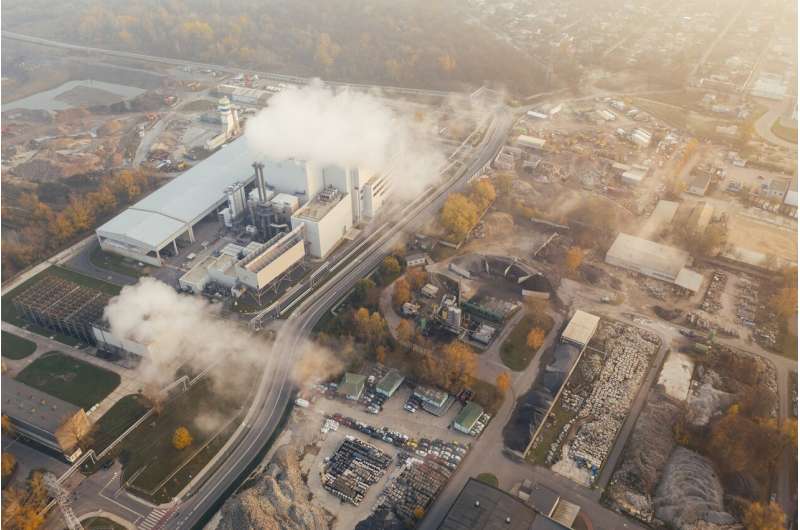 Even small increases in nitrogen dioxide levels in the air may be linked to increases in cardiovascular and respiratory deaths, according to research published by The BMJ today.

The findings suggest a need to revise and tighten the current air quality guidelines, and to consider stricter regulatory limits for nitrogen dioxide concentrations.

Nitrogen dioxide (NO2) is a common air pollutant formed by burning fuel for things like transport, power and industrial processes.

It is measured in micrograms (one-millionth of a gram) per cubic meter of air or μg/m3. World Health Organization (WHO) air quality guidelines currently recommend that nitrogen dioxide levels should not exceed an annual average of 40 μg/m3.

Many studies have reported the effects of short term exposure to NO2 on health, but most have been based on small samples, covered limited geographical areas, or used different study designs, so results are inconsistent.

To address this uncertainty, a team of international researchers set out to investigate the short term associations between NO2 and total, cardiovascular, and respiratory deaths across multiple countries/regions worldwide.

Their findings are based on daily concentrations of nitrogen dioxide from 398 cities in 22 low to high income countries/regions over a 45-year period (1973 to 2018).

Daily weather data, including average temperature and humidity, were also recorded, and death records were obtained from local authorities within each country/region.

On average, a 10 μg/m3 increase in NO2 concentration on the previous day was associated with 0.46%, 0.37%, and 0.47% increases in total, cardiovascular, and respiratory deaths, respectively.

These associations did not change after adjusting for levels of other common air pollutants (sulphur dioxide, carbon monoxide, ozone, and varying sizes of fine particulate matter) obtained from the same fixed site monitoring stations, suggesting that the results withstand scrutiny.

The researchers estimate that the proportion of deaths attributable to NO2 concentration above the zero level was 1.23% across the 398 cities.

And while they acknowledge that reducing NO2 to zero is infeasible, they say their analysis “provides insight into the public health benefits of substantial NO2 reductions.”

This is an observational study, so can’t establish cause, and the authors point out that because most of the data were obtained from developed areas, such as Europe, North America, and East Asia, any global generalisations should be made with caution.

In addition, there might have been slight changes in air pollution measurements over the decades, and the health data collection might be subject to diagnostic or coding errors.

However, strengths included the study’s scale, providing enormous statistical power and ensuring the stability of the findings, and uniform analytical methods, allowing for more reliable comparisons across different regions and populations.

As such, they say their analysis “provides robust evidence for the independent associations of short term exposure to NO2 with increased risk of total, cardiovascular and respiratory mortality .. suggesting a need to revise and tighten the current air quality guidelines of NO2 for greater public health benefit, and to consider a regulation limit for daily mean NO2 concentration.”