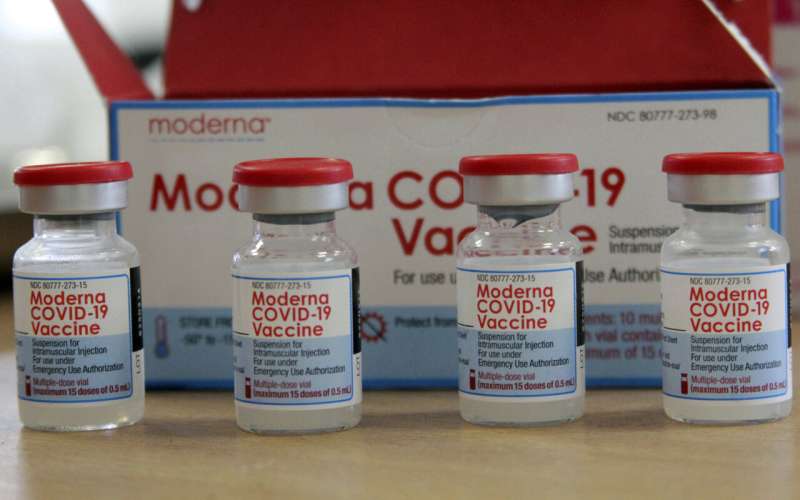 The European Medicines Agency said Monday that a booster dose of Moderna’s coronavirus vaccine “can be considered” in people aged 18 and above.

In a statement, the EU drug regulator said its analysis had shown that a third dose given of Moderna’s vaccine—which is usually given in a two-dose schedule—at least six months after the second dose, led to an increase in antibody levels in adults whose levels were waning. The booster dose consists of half the dose normally given to adults.

The EMA said that currently available data suggest the incidence of side effects is similar to what is observed following the second dose of Moderna’s vaccine, which is known to cause temporary heart and chest inflammation in a small number of people.

“At national level, public health bodies may issue official recommendations on the use of booster doses, taking into account the local epidemiological situation,” the agency said in a statement.

Earlier this month, the EMA said booster doses of the COVID-19 vaccine made by Pfizer-BioNTech could also be considered. It also recommended a third dose of vaccines for people with compromised immune systems.

Booster doses of the vaccines made by Pfizer-BioNTech and Moderna have already been authorized by American officials, but there are still restrictions on who qualifies.

Starting six months past their last Pfizer or Moderna vaccination, people are urged to get a booster if they’re 65 or older, nursing home residents, or at least 50 and at increased risk of severe disease because of health problems.

Boosters also were allowed, but not urged, for adults of any age at increased risk of infection because of health problems or their jobs or living conditions. That includes health care workers, teachers and people in jails or homeless shelters. And as European officials have recommended, Moderna’s booster will come at half the dose of the original two shots.

The World Health Organization has repeatedly slammed rich countries for embarking on booster doses, saying there is no scientific evidence the shots are justified and pointed out that the authorized vaccines remain strongly protective against hospitalization and deaths months after immunization.