Why going gluten-free might not be all that it’s QUACKED up to be! Dr Michael Mosley on what you need to know about the celebrity-endorsed diet

Thanks to A-listers such as actress Gwyneth Paltrow (pictured), you will probably have heard of the joys of a gluten-free diet

Thanks to A-listers such as actress Gwyneth Paltrow and singer Katy Perry (who apparently dedicated her recent hit song The One That Got Away to the pizzas she would never get to eat), you will probably have heard of the joys of a gluten-free diet.

My normal reaction to news of the latest celebrity diet is to dismiss it out of hand. But in the case of gluten – a protein found in grains, such as wheat, barley and rye – I’m not so sure.

I have a personal interest because my niece has coeliac disease, a common autoimmune disease triggered by eating gluten.

And my 19-year-old daughter has gone gluten-free, with remarkable results.

Yet I know when it comes to so-called food intolerances there is a lot of misinformation and quackery. So what are the facts?

Coeliac disease occurs when your immune system, mistaking gluten for something dangerous, attacks not only the gluten in the food you’ve just eaten but also the lining of your guts.

It can cause abdominal pain, diarrhoea and bloating. But symptoms aren’t always gut-related.

They can include anaemia, bad teeth, fatigue, itchy skin and depression.

And many patients have no obvious symptoms at all, which is why it takes an average of 13 years to get diagnosed, according to British charity Coeliac UK.

About one per cent of us have it and rates have quadrupled in the past 20 years, partly because we’re getting better at diagnosing it, and partly because it’s actually becoming more common.

Undiagnosed coeliac disease is serious because it can lead to osteoporosis (thinning of the bones) and small bowel cancer. It can also cause infertility and multiple miscarriages.

There are also lots of people who respond badly to gluten for reasons we don’t understand. There’s a name for it: non-coeliac gluten sensitivity (NCGS).

Symptoms include cramping, bloating and diarrhoea. Unfortunately, it is hard to diagnose, because there are no reliable tests. 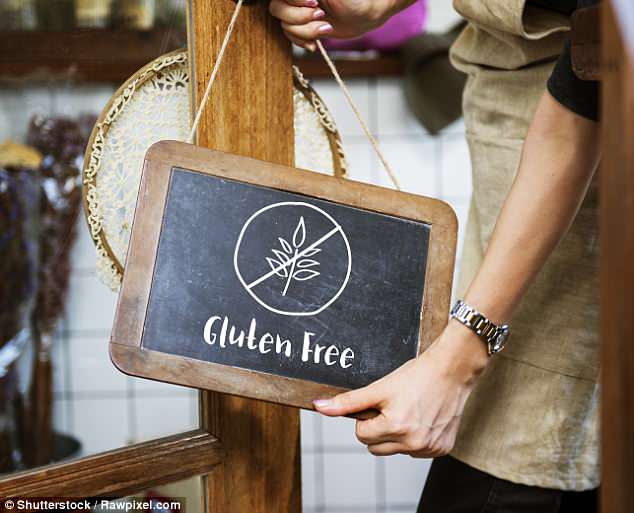 Going gluten-free isn’t easy because so many foods have it in them. Avoid anything with wheat, rye, barley or spelt – that’s most bread, pasta, cereals, cake and biscuits

Blood tests you get online are, in my opinion, a waste of money. The best way to find out if you have gluten sensitivity is to remove it from your diet for a few weeks and see if your symptoms improve.

Then try reintroducing the gluten and see if symptoms return. You may find keeping a symptom diary helpful. There is a free one you can download as cleverguts.com.

So how common are problems with gluten?

When Italian researchers recently tested 392 patients complaining of gut problems they thought might be related to gluten, they found that 26 of them had undiagnosed coeliac disease and a further 27 had NCGS.

So it turned out that 53 of them, nearly 14 per cent, had problems with gluten.

My daughter Kate tested negative for coeliac disease but at the end of last year decided to put herself on a gluten-free diet. Within days her symptoms – cramps, bloating, ‘brain fog’ and headaches – disappeared. 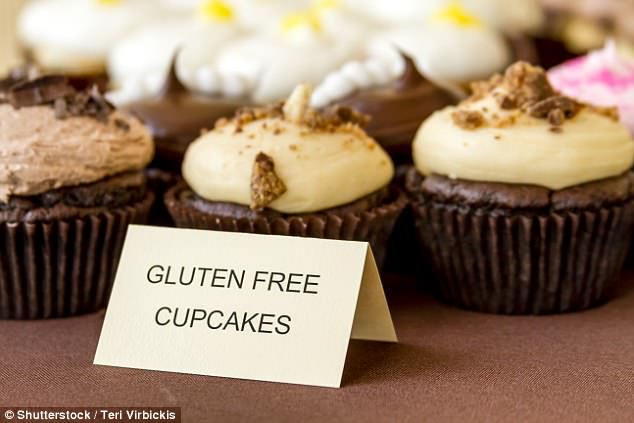 She left it a few weeks, tried eating pasta, and all her symptoms came back, magnified.

Going gluten-free isn’t easy because so many foods have it in them. Avoid anything with wheat, rye, barley or spelt – that’s most bread, pasta, cereals, cake and biscuits.

You’ll also need to lay off the beer and many processed foods. And be aware that many foods labelled gluten-free are stuffed full of sugar and junk to make them more palatable.

You should also be aware that bread and breakfast cereals are often fortified with iron and a range of vitamins, so if you cut them out you may want to take a multivitamin to replace them.

See your GP before starting a gluten-free diet to exclude other things, such as inflammatory bowel disease. Your GP may also want to test you for coeliac disease, because once you go gluten-free, testing will no longer be easy.

As well as gut changes, my daughter has noticed significant changes in mood since altering her diet.

We’re starting to understand how gluten affects the body – but what is still poorly understood is how it affects the brain.

Can I shake things up with meal replacements?

Q. I am planning to do the Very Fast Diet version of the New 5:2 – 800 calories a day, every day for eight weeks – with meal-replacement shakes, as it seems easier. Is that a good idea?

A. If you decide to start with meal-replacement diet shakes, I would recommend you aim to consume about 600 calories per day in shakes, plus 200 calories in non-starchy vegetables.

You will probably need that extra fibre from the vegetables – plus lots of water – to stop yourself getting constipated. I also think it is important, while you are on a diet, to learn how to enjoy healthy, filling, Mediterranean-style meals. This will prepare you for life after the diet.

A reasonable compromise might be to start with the shakes, get settled in, then after two to four weeks switch to eating mostly real food.

If you are on medication, it is important to see your doctor before starting.

I have decided to give the 5:2 a go. My problem with all diets is that I seem to do it for two to three weeks before losing interest. How can I make sure I don’t give up?

What you are describing is very common. I would recommend finding a dieting buddy, perhaps even join an online group. I would also recommend writing out your goals and leaving this list pinned up on the fridge.

A. Not yet, but I’ll be featuring new recipes every week in my weekly Life Plan column in The Mail on Sunday. You can get a lot of useful information from The 8-Week Blood Sugar Diet or at thebloodsugardiet.com.

Although they are aimed at people with raised blood-sugar levels (pre-diabetes or type 2 diabetes), they are also helpful to people whose main incentive is to lose weight. 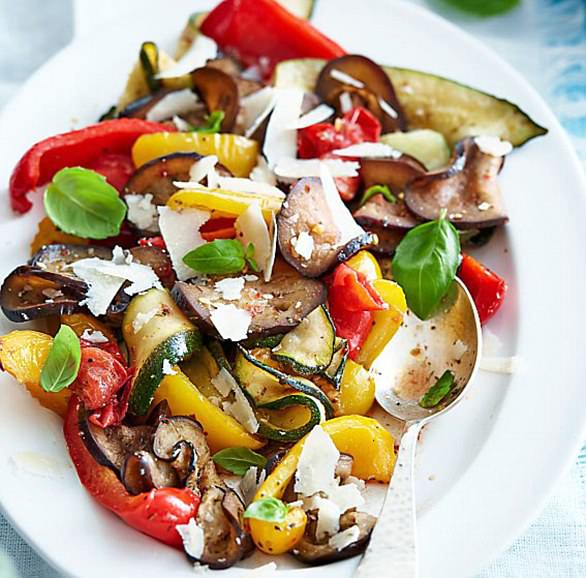 Preheat the grill to high. Cut one red pepper and one yellow pepper into wide strips and toss in 1 tbsp olive oil.

Spread into a single layer on a baking sheet and cook under the grill for 10 to 15 minutes until they are golden and softened.

Meanwhile, thinly slice one aubergine, a courgette and cut in half 100g of small tomatoes.

Toss in about 2 tbsp olive oil and some seasoning, spread over a second tray and grill alongside the peppers for 6 to 7 minutes.

Alternatively, they can be cooked in batches on a hot griddle pan.

Put it all straight into a large bowl with 2 tbsp red wine vinegar, 1 tsp dried oregano and a pinch of chilli flakes, then cover with clingfilm and leave to marinate for at least 30 minutes.

Serve with all the juices and use a vegetable peeler to shave over 20g parmesan, then top with a small bunch basil, roughly chopped.