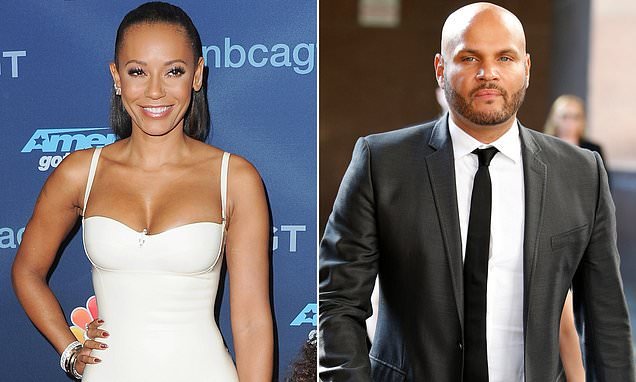 Doctors are warning against ‘vaginal scraping’, a procedure used by Mel B to remove traces of an ex-partner.

The Spice Girl, 43, revealed she had the insides of her vagina scraped out and new tissue put inside after her bitter divorce with ex-husband Stephen Belafonte.

The procedure, which has been largely unheard of until Mel B spoke out, could lead to a serious risk of infection, experts have said. 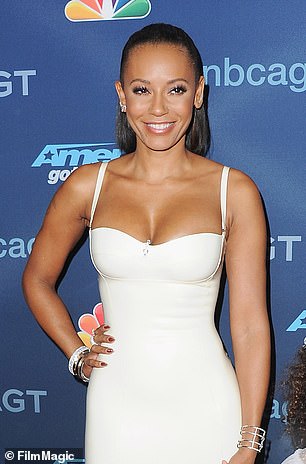 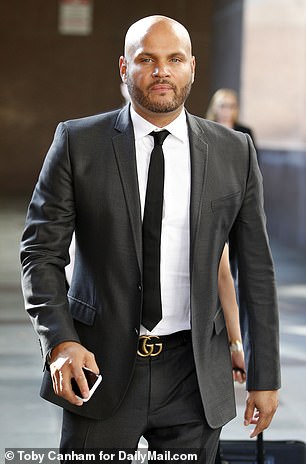 Mel B, 43, revealed she had the insides of her vagina scraped out and new tissue put inside after her bitter divorce with ex-husband Stephen Belafonte

Dr Jen Gunter – gynaecologist, obstetrician and author of The Vagina Bible – told Refinery29 that women should ‘never, ever have their vagina scraped’ – or even douched – which cleans the vagina using a douche and fluid.

She said: ‘Any scraping of the vaginal epithelium [tissue] could affect the vaginal ecosystem and theoretically could spread HPV locally and would increase a woman’s vulnerability to infection.

‘Your vaginal epithelium completely regenerates itself every 96 hours. The surface cells are shed every four hours.

‘If you want to remove physical residue of some horrible man’s penis, your vagina has you covered.’

Dr Fiona Mattatall, an obstetrician gynaecologist in Calgary, Canada, said: ”Scraping” would suggest removal or abrasion of surface cell layers, which act as a physical barrier to microbes which populate the vagina.

‘I imagine bleeding and infection would be the risks, but this is pure speculation.’

Dr Gunter, who had never heard of vaginal scraping, said she thought it was ‘unethical’ for a cosmetic surgeon to perform such a procedure

Dr Mattatall said it was the first time she had heard of a woman having her vagina scraped for cosmetic reasons, and would ‘discourage it until we have good evidence of risks versus benefits’. 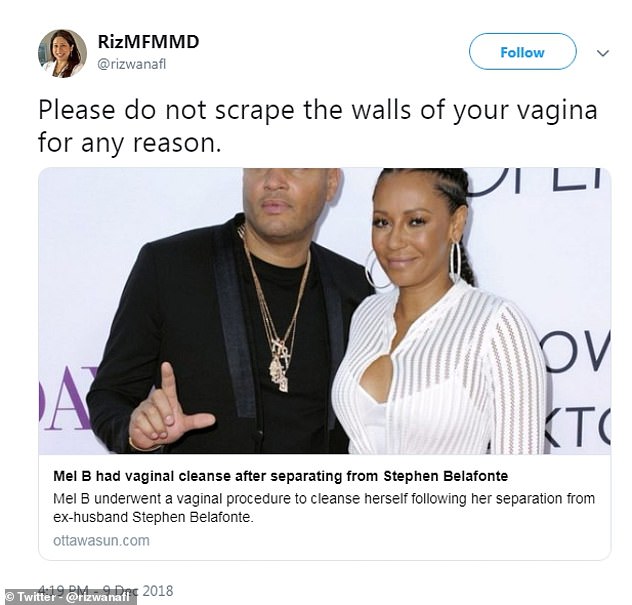 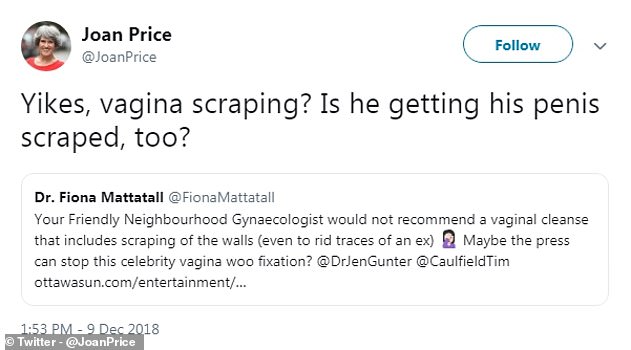 Joan Price, author of Naked at Our Age, had not heard of the treatment along with many other experts who were concerned of it

Mel B originally spoke of her experience to remove  ‘all remnants’ of Mr Belafonte last month as a way of ‘scrubbing herself clean’.

She told the Guardian: ‘They scraped the inside of my vagina and put new tissue in.

‘It’s almost like a rape victim would do – essentially, you want to scrub yourself clean.’

WHAT IS VAGINAL SCRAPING?

Vagina scraping was a term used by Mel B when she reportedly underwent laser vaginal rejuvenation with Dr David Matlock in Beverly-Hills.

It could help with many problems brought on by events such as childbirth, or weight loss and ageing.

Clinics claim it could help with symptoms as varied as pain and dryness, incontinence and bladder control.

Vaginal rejuvenation treatments are non-surgical and take as little as one hour.

It usually involves an ‘energy device’ which emits a laser or heat to the vaginal tissue.

The procedure may result in vaginal burns, scarring, pain during intercourse, or recurring, chronic pain, the FDA said when it warned the ‘safety and effectiveness’ of it has not been established.

Private clinics in the UK market this type of treatment under various names such as ‘vaginal lift’ and ‘vaginal tightening’.

Vivo Clinic in London charge £349 for a session and the Harley Medical Group charging £3,500 for a set of three treatments, according to Refinery29.

In a podcast, Table Manners with Jessie Ware, she added: ‘What I did was a bit like, and I say this very candidly but it’s actually very important, a bit like a rape victim.

‘When you’ve been raped, you want to scrub any remnants off your body, inside outside, of that person, so you can just erase it.’

Mel B has accused her Mr Belafonte of years of emotional and physical abuse in her new controversial autobiography, titled Brutally Honest.

She explained the procedure: ‘I went to Dr Matlock and I said, I don’t want to feel like the last person that was inside my vagina was this monster.

‘He examined me, he said: Legally there’s nothing I can do about that because you don’t need anything done.’

‘I said could he just go in there and get everything out, but then pack it with fresh tissue.’

Since her comments were made, various experts and writers have weighed in with their opinions.

Mel B said that most women undergo the procedure, most commonly called laser vaginal rejuvenation, ‘because they want to be made smaller’.

The US Food and Drug Administration issued a health warning against laser vaginal rejuvenation in July.

‘These products have serious risks and don’t have adequate evidence to support their use for these purposes. We are deeply concerned women are being harmed,’ the FDA said.

In August, the British Association of Aesthetic Plastic Surgeons (BAAPS) and the Royal College of Obstetricians and Gynaecologists (RCOG) warned of the lack of evidence to support the safety or effectiveness of vaginal rejuvenation.

But laser vaginal rejuvenation is also available in the UK, normally used to tighten or ‘renew’ the vagina for a wide variety of reasons, such as natural changes caused by childbirth, ageing or weight loss.