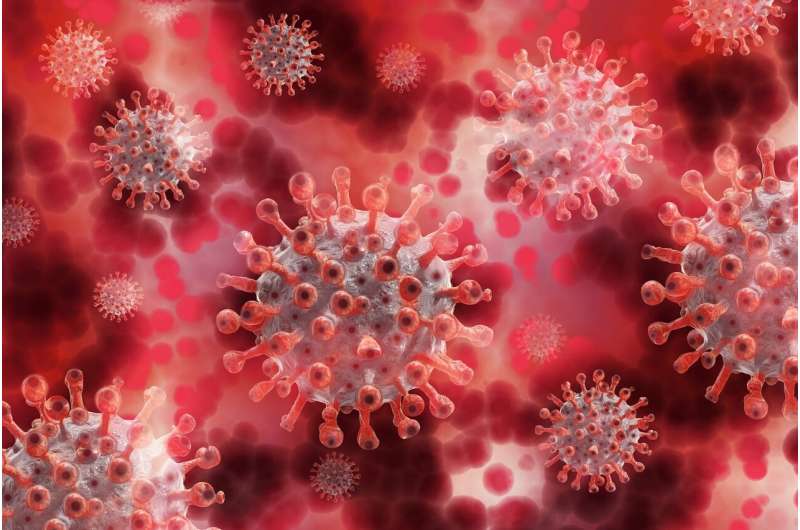 People who have been diagnosed with COVID-19 may be at a higher risk of developing the autoimmune disease Type 1 diabetes, according to a study of more than 27 million people across the United States.

Researchers found that patients who were infected with SARS-CoV-2, the coronavirus that causes COVID-19, were 42% more likely to develop Type 1 diabetes than those who did not contract COVID-19 during the study period.

The risk is highest among the youngest of pediatric patients (those under the age of 1 were at an increased risk of 584%) and elevated among older adult patients with COVID-19. The researchers also observed differences across race and ethnicity, with risk of Type 1 diabetes associated with a COVID-19 infection being most pronounced among American Indian/Alaskan Native (130% increased risk), Asian/Pacific Islander (101%), and Black patients (59%).

“Particularly in pediatric populations, [COVID-19] is not usually a life-threatening, oftentimes not serious, condition. But Type 1 diabetes is usually a lifetime illness that requires dramatic amounts of contact with the medical community, increases your risk of death, increases your risk of long-term comorbidity,” says Trenton Honda, clinical professor and associate dean in Northeastern’s Bouvé College of Health Sciences, and a member of the research team led by Fares Qeadan at Loyola University Chicago.

“Our interest is really looking at the question, “Are there going to be hidden costs, even among those who are not at high risk from COVID itself, because of COVID, later on?'” Honda says.

The scientists also probed whether patients who had Type 1 diabetes before contracting COVID-19 were more likely to suffer a serious, life-threatening complication called diabetic ketoacidosis after being infected with the virus. They found that those patients who had Type 1 diabetes and then were infected had a 126% increased risk of developing diabetic ketoacidosis compared to those who did not get infected. Their results were published in the journal PLOS One earlier this month.

Honda uses the word “association” when referring to the increased risk, careful not to say that a COVID-19 infection causes Type 1 diabetes onset.

“We are the first study in the U.S. population in a really, really big national dataset to be able to say that people who got COVID appear to be at higher risk of developing Type 1 diabetes, although we’re not able to say that COVID caused that increased risk. It could be any number of things,” he says. To establish that causal connection, Honda says, researchers would need to do a randomized controlled trial. Instead, the team looked at the anonymized data of more than 27 million people who came into contact with hospital medical care across the U.S. from December 2019 through the end of July 2021.

It all comes down to the pancreas.

All of the cells in your body rely on sugar (glucose) for fuel, Honda explains. But some cells require prompting by a hormone called insulin in order to absorb glucose from the blood. Insulin is produced by the pancreas in response to changes in blood sugar.

Type 2 diabetes is typically an issue of insulin resistance developing in those cells that require it. But Type 1 diabetes is an autoimmune disease, Honda explains. “Essentially your body produces antibodies and immune cells that go in and destroy the cells that produce insulin. So you end up with this precipitously low insulin level over time. And what that means is that the cells in our body that need insulin to get sugar into them stop using sugar and they start using fats. And by doing so, they change the entire metabolism of the body and institute an acidotic state that ultimately is fatal.”

Before what Honda calls “one of the greatest moments in all of medical history” when insulin was purified from pigs, Type 1 diabetes was a death sentence. Now, it’s a lifelong disease that is survivable with glucose monitoring and insulin injections.

With other viruses, scientists think that the way the virus invades the cells in the pancreas causes them to spontaneously die, Honda explains. And when they die, the immune system mobilizes to destroy those dead cells. The idea, he says, is that this might foster the development of an autoimmune response to those cells—and it could get out of control and continue attacking those vital insulin-producing cells in the pancreas.

“This is the way that other viruses are presumed to lead to Type 1 diabetes,” Honda says. “So that’s the logic behind this study.”

This study focused on COVID-19 cases in the absence of vaccines. Honda says the next big question is to determine whether immunization against SARS-CoV-2 is linked to any further or minimized risk of Type 1 diabetes.

The research team also aims to study associations between 40 other autoimmune diseases and COVID-19 infections.