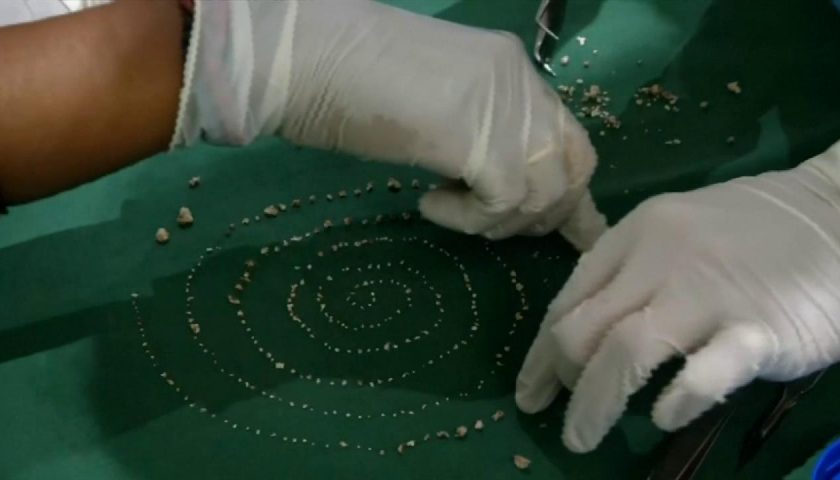 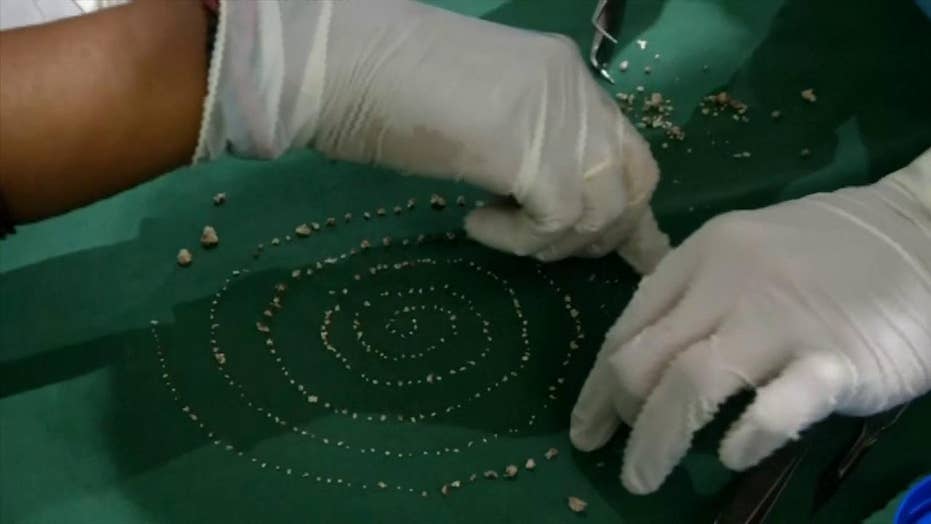 The unusual number of teeth was caused by a tumor in the boy’s jaw that doctors removed.

A 7-year-old boy in India has been relieved of yearslong swelling and pain in his jaw after doctors removed a growth that had been harboring over 500 teeth inside. The boy, identified as Ravindran, of Chennai, had been experiencing discomfort on the right side of his jaw since he was 3, according to Reuters.

Dental surgeons removed the growth, which was approximately 4-to-5 centimeters by 3 centimeters in size and gave it to the histopathology department for further investigation.

“Then finally we come to know that there was 526 teeth which were present in the entire sac,” Dr. Senthilnathan, Ravindran’s surgeon, told Reuters in an interview.

Footage of the team dissecting the growth, which was identified as a compound composite odontoma, shows hundreds of tooth fragments ranging in size.

Odontomas are benign tumors composed of dental tissue, but the majority of cases are asymptomatic and only identified thought X-ray. It’s typically slow-growing and is the most common odontogenic tumor found in the jaw, but the cause is relatively unknown, according to a 2014 National Institutes of Health case report.

Management includes removal of the growth, with risk of relapse remaining low, according to the case report.

Andy Murray health: ‘The pain is too much’ – why the tennis hero had career-saving surgery
Recent Posts
HEALTH NEWS