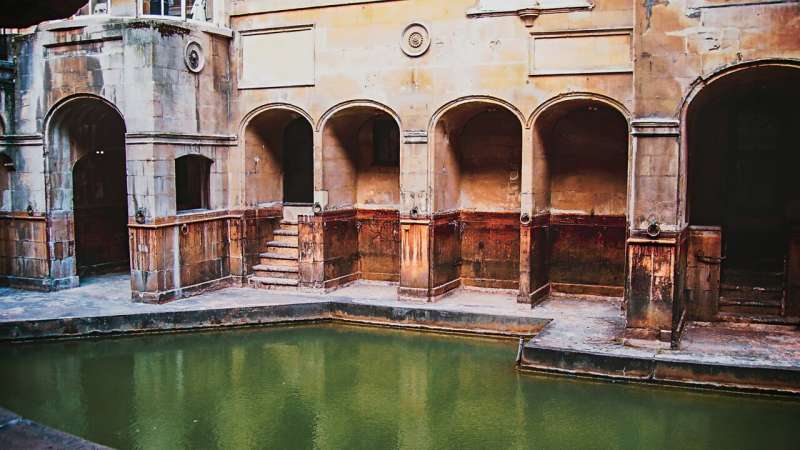 New research led by researchers from the Departments of Biology and Archaeology, Oxford, and published today in PLoS Neglected Tropical Diseases, reveals the scale of parasitic worm infections in Britain from the Prehistoric to the early Victorian periods.

This type of research provides a unique insight into the lives and habits of past populations—their general health, cooking practices, diet, and hygiene.

Understanding how parasitic worm infections changed in the past can help public health measures in regions of the world still experiencing problems today.

Humans are infected with roundworms and whipworms through contamination by fecal matter and catch some tapeworms by eating raw or undercooked meat or fish.

Infections with parasitic worms are a big problem in many parts of the world today, particularly in some tropical and sub-tropical regions of the world. But in the past, they were much more widespread and were common throughout Europe.

The research team wanted to find out the size and scale of parasitic worm infections in the UK over the course of history. So they looked for worm eggs in the soil from the pelvises of skeletons.

They tested a lot of individual skeletons. 464 human burials were examined from 17 sites, dating from the Bronze Age to the Industrial Revolution.

People In the Roman and the Late Medieval period fared the worst, with the highest rates of worm infection detected. The infection rates were similar to those seen in the most affected regions today.

Things changed in the Industrial period. Worm infection rates differed a lot between different sites—some sites had little evidence of infection, while in others there was a lot of infection.

The researchers think that local changes in sanitation and hygiene may have reduced infection in some areas before nationwide changes during the Victorian ‘Sanitary Revolution’.

The co-first authors, Hannah Ryan and Patrik Flammer said: ‘Defining the patterns of infection with intestinal worms can help us to understand the health, diet and habits of past populations. More than that, defining the factors that led to changes in infection levels (without modern drugs) can provide support for approaches to control these infections in modern populations.’

The team will next use their array of parasite-based approaches to investigate other infections in the past. This includes more large-scale analyses of human burials, as well as continuing their ancient DNA work.