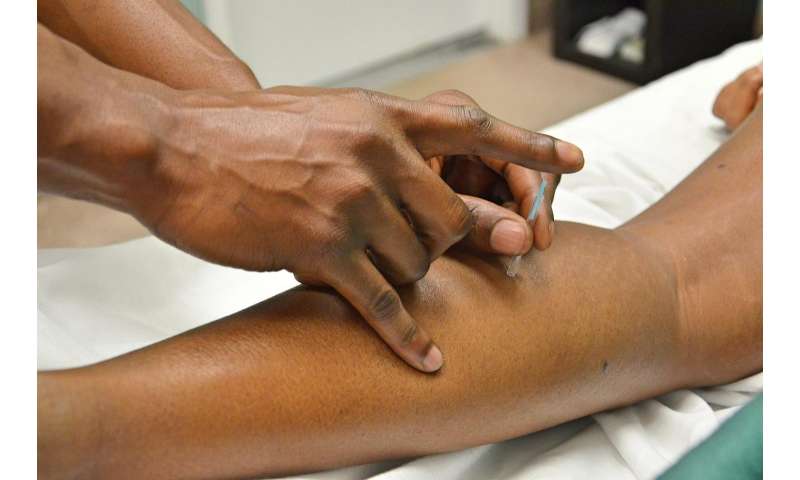 Veterans who have acupuncture before surgery report less pain and need far fewer opioids to manage their discomfort, according to a randomized, controlled study being presented at the ANESTHESIOLOGY 2020 annual meeting. Veterans who received acupuncture also reported they were more satisfied with their pain control than those who did not.

“Six percent of patients given opioids after surgery become dependent on them, and Veterans are twice as likely to die from accidental overdoses than civilians,” said Brinda Krish, D.O., lead author of the study and an anesthesiology resident at Detroit Medical Center, “Clearly it is crucial to have multiple options for treating pain, and acupuncture is an excellent alternative. It is safe, cost effective and it works.”

Researchers included two groups of patients treated at John D. Dingell VA Medical Center in Detroit. One group received hip replacement surgery and were randomly assigned to either traditional acupuncture or a control group before surgery; and the other included patients undergoing a variety of surgeries (including gallbladder removal, hernia repair, hysterectomy or prostate surgery) who were randomly assigned to receive battlefield acupuncture or to a control group before surgery.

“Some patients were open to trying acupuncture right away, and others became more interested when they learned more about the risks of opioid use,” said Dr. Krish. “It’s easy, patients love it, it’s not just another medicine and it’s very safe. Because battlefield acupuncture was developed by an armed services doctor, Veterans also were more willing to participate.”