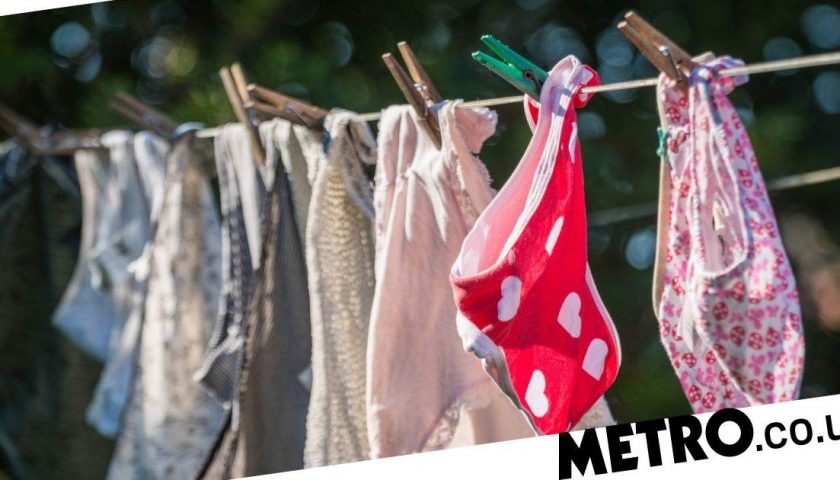 In weird news today, a lot of people have revealed that they don’t change their underwear daily.

A survey conducted by underwear maker Tommy John found that 45% of Americans have worn the same pants for two days or longer.

The stats are worse for men, who admit to not changing for up to a week.

The survey of 2,000 people from the US revealed that men are 2.5 times more likely to don the same pair for seven days or longer.

It seems folks are rather attached to their undergarments as 46% said they kept a pair of pants for a year or longer (yes, they did wash them during that time).

A further 38% were so sentimental about their undies, they don’t even remember how long they’ve had their faves.

How to wash your underwear

While you might be thinking ‘those Dirty Americans and their grotty “pants”,’ Brits are no cleaner.

In a survey of 1,000 UK adults by online retailer Banana Moon Clothing, 20% of people admitted to wearing their underwear two or more times before washing them,

Men were also the worst culprits in this study with 31% saying they would ‘turn them inside out’ in order to keep them feeling fresh.

But that doesn’t mean women are always clean, fresh things –  26% of them said they would wear their bra five or more times before cleaning.

We previously spoke to Lingerie buyer from Boux Avenue Lisa Annand who said it’s all about the individual when it comes to bras.

‘How often you should wash your bra depends on the person really, though if you wear it more than once you should rest it between wears,’ she said.

‘You should get machine washable bras to keep it looking its best for longer, bras should be put in a separate lingerie bag to protect them during a wash.

Anyone else feeling the need to buy a whole new, clean wardrobe?