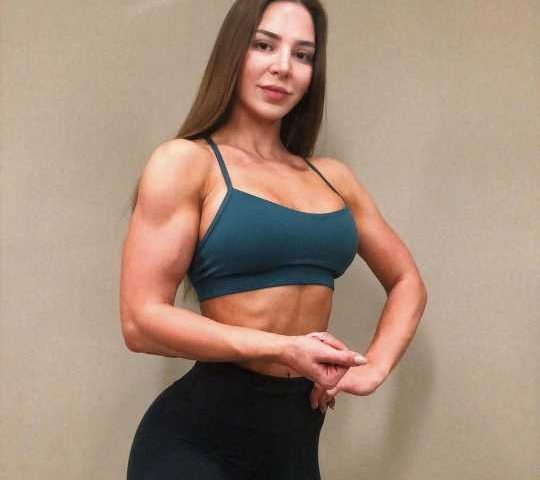 90 Day Fiancé star Anfisa Nava certainly has the approval of the bodybuilding world — she just won her first bodybuilding competition — but she’s getting body shamed for her muscles.

The reality star, 23, dropped weight and gained major muscle to win the NPC Patriot’s Challenge on July 6, and celebrated her success on Instagram after documenting her months of training. But with each post, Nava gets body shaming (and grammatically incorrect) comments about her muscles.

“Why does woman wants guys muscles and abs,” asked one commenter.

After dealing with the rude comments, Nava said in a new post that she doesn’t let them get to her.

“They say ‘Muscles make you look manly’ … I personally have never felt more feminine and happy than I do now,” she wrote on Instagram. “It’s all about how you feel on the inside and not what you look like on the outside. All shapes and sizes can be beautiful as long as you live in harmony with yourself.”

Nava completely transformed her body and committed to the bodybuilding competition after her husband Jorge was sentenced to 2 and a half years in prison in September for possessing 293 lbs. of high-grade marijuana.

“To fill the void that I felt after Jorge was sentenced and I was left on my own I decided to try to stay busy and do what I enjoy the most and it was working out,” she said in December. “And ONE DAY I want to take it on a higher level and compete in NPC bikini division.”

Not only did she compete just seven months later, Nava won it all.

“To be honest I still can’t believe I won every class I competed in last weekend,” she wrote on July 11. “Only when I look at the photos and my trophies I realize that it actually happened!”