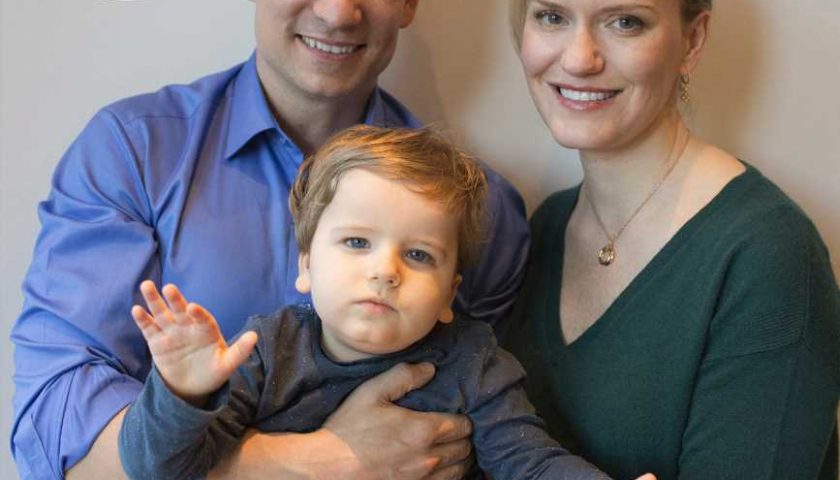 Richard Engel is feeling some bittersweet emotions as a new father of two.

While the On Assignment with Richard Engel star and his wife Mary couldn’t be happier to welcome now-4-week-old son Theodore into the family, he tells PEOPLE in an exclusive interview that it will be “difficult” to watch baby Theo pass their son Henry Thomas, 4 this month, with certain developmental milestones.

“We have gained a lot of perspective since Henry has come along,” says Engel, 46, of his older child, who in 2017 was diagnosed with Rett syndrome, a rare genetic neurological disorder that leads to severe physical and cognitive impairments and, as of now, has no cure.

“We know why there is this differential. And it’s going to be hard to watch Theo pass his older brother in terms of capabilities,” he tells PEOPLE. “That’s going to be very difficult for us to see. To see a 1-month-old very soon overcoming his almost-4-year-old brother … that’s going to be tough.”

“I would think there are certain things he is already doing that Henry doesn’t do — the amount of power in his limbs and the control he has with his muscles, even at this tiny age,” Engel adds. “It’s clear they’re different. So we are bracing ourselves for the day when this 1-month-old baby is going to do more than our 4-year-old.”

And while watching Theo mature differently than his big brother will be “a bitter pill to swallow” for the couple, “We know other special-needs families are in worse situations,” Engel says now, noting, “Henry has major issues, but he’s better off than some with this disorder.”

But still, “Even to listen to [Theo] cry” at four weeks old highlights a difference in the boys: “He cries with such intensity … that might be annoying for some parents, but for us it’s like, ‘There’s so much energy and strength that wasn’t there with Henry.’ “

The NBC News chief foreign correspondent calls Theo a “typical baby” who’s “doing all the things you would expect a newborn to do. Not sleeping through the night and demanding food, but that’s all wonderful.”

“It’s been a very different experience for Mary and me. We realize how different it is now that we have Theo,” Engel says. “We knew things were wrong with Henry at the very beginning. We didn’t know what was wrong for a long time. We didn’t find out the degree to which Henry had a problem till he got his diagnosis later on. But we knew from the beginning things weren’t exactly right.”

“You hold a baby like Theo and he’s wriggling. His muscles are moving. When he is upset, he screams with his whole body and kicks his legs with power. It’s something we never saw with Henry,” Engel adds. “Theo is 1 month today and he’s already trying to roll over. He has little body-builder legs, compared to our previous experience.”

Of Henry, he says, “We were hoping he would grow out of it. … Then we realized it was a genetic condition and he’s not going to get over it. Now holding Theo, it’s such a difference. It’s like we have never done this before.”

For more information on Rett Syndrome or to support the research being done with Henry, visit DuncanNRI.org.

On Assignment with Richard Engel airs Sunday at 9 p.m. ET on MSNBC.