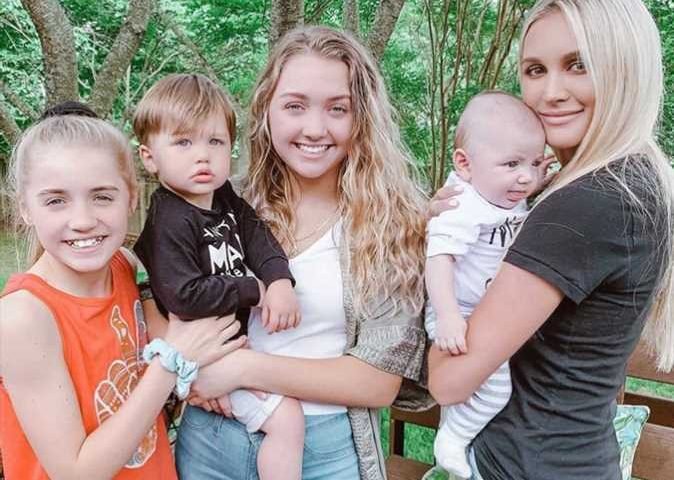 Being a stepparent is “tough” for Brittany Kerr Aldean — but it’s completely worth it.

Opening up in a Q&A session on her Instagram Story recently, the former cheerleader and wife of Jason Aldean answered one fan who asked for advice on being a “bonus mom” based on Brittany’s experience with the country singer’s two daughters from a previous marriage: Kendyl, 11, and Keeley, 16.

“Whewwww! Buckle that seat belt, girl!” wrote Brittany, 31. “It’s tough but you have the opportunity to REALLY impact their lives.”

“ROCK IT and be a strong foundation for them!” she advised, adding a praise-hands emoji.

And while the siblings live with their parents full time, Kendyl and Keeley’s living situation is a little more blended, according to Brittany.

“Our two obvs do,” she answered one fan who asked if all four kids live with the couple, adding alongside a smiley emoji, “But we get the girls every other week and a lot during summers.”

Before welcoming her son, Brittany struggled to get pregnant, and it took a whole year and a half of IVF treatments before the doctors realized she was suffering from endometriosis.

She was given the necessary laparoscopy treatment, and became pregnant shortly after with Memphis. But that year and a half was a time not only of immense physical pain, but also “heartache.”

As she explained to PEOPLE last month, “Doing IVF is such a roller coaster of emotions. You get excited and you think you’re going to get pregnant, and then you don’t. It’s hard.”