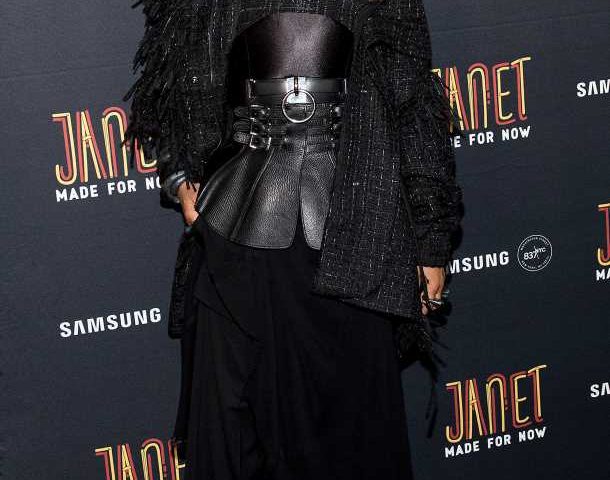 Janet Jackson‘s got her hands full as a working mama, but she wouldn’t have it any other way.

In an interview that aired Wednesday on Australia’s Carrie & Tommy, the R&B icon, 53, opened up about why she has chosen not to have a nanny for her son Eissa, 2½, despite her busy schedule.

“My mother [Katherine Jackson] did it. Her mother did it. Why can’t I?” Janet said. “We’ll see. I’m sure I will need someone in the future, some help here and there, but I don’t have anyone [right now] and I love it.”

“I’ve always been a patient person, but there’s more patience that you have to have [in motherhood] and I never knew I was as patient as I really am,” the "Together Again" songstress continued. “He’s first and foremost in my life. I get up, I go to sleep — everything is about him. He comes first in my life.”

Janet Jackson Is in a “Great Space” in Life Thanks to Son Eissa: “I’ve Slowed Down a Great Deal”

Janet’s comments echo those she gave the Daily Telegraph‘s Stellar magazine in August, when she revealed “It is hard being a working mother” but “I don’t have a nanny, I do it all myself.”

The music legend went on to share that while she doesn’t have any hired help, her son is always looked after when she has professional commitments.

“Of course, when I’m working, someone watches him, but it’s my baby and me,” she added to the Australian outlet, according to Entertainment Tonight.

Janet, who performed in a Las Vegas residency earlier this year, welcomed Eissa in January 2017. She split from her son’s father, ex Wissam Al Mana, three months after giving birth.

On Carrie & Tommy, Janet described her son as an “incredibly musical” little boy who “loves watching the band” and is a fan of “the drums, violin, guitar” and “piano.” And according to his mom, Eissa even plays instruments himself!

“He makes up melodies, he carries a tune, he has really good pitch,” she added, sharing that Eissa even “does this thing that my brother [Michael Jackson] did from ‘[They Don't] Care About Us,’ the march and the hand.”

“He does a few things. He does the head [movement]. He loves ‘Smooth Criminal’ and the ‘Oooo,’ ” Janet said — but if her son doesn’t want to go into music himself, that’s more than okay with her: “It’s really about what he wants to do with his life.”

As for the lessons she tries to instill in little Eissa, the music legend listed “Keeping God very close to you” and “respecting others but also make sure they respect you,” but admitted, “There’s so much — it can go on and on. Always follow your heart. Listen to your gut.”